Sunbathing Woman Goes Out of Her Way to Block Couple’s...

Now, this is what we call dedication to getting the perfect tan. A British woman was so desperate to get bronzed, she wouldn’t even move so a couple could have their wedding photos taken.

Mark Ling, 49, and Mandy Cripwell, 35, walked down the aisle on Saturday, and decided to take some snaps in the stunning gardens opposite the church in Devon. However, their tender moment was sidetracked by a half-naked sunbather who refused to shift off the grass in front of them.

Mr Ling’s son, Marcus, even asked the lady if she could move, only for her to “pretend to be asleep.”

Eventually, the group were forced to give up and move away. 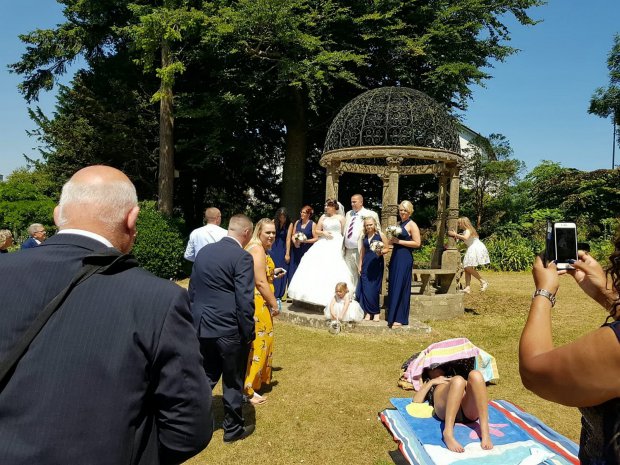 Marcus, 24, said: “I went up to her and asked her to move and she pretended to be asleep. Later she was asked to move again by the limo driver and she did but she left her stuff in plain view.

“It’s a well known wedding spot where you have photos taken, so she would have known it goes on there. Half of Torquay have their wedding photos in that garden.”

Many guests were so aghast by the woman’s refusal to move they took photos of the occasion.

Natalie Ling, a relative of the groom, said: “We all spotted her there and thought she would move, but she just didn’t. I thought ‘how rude.’ 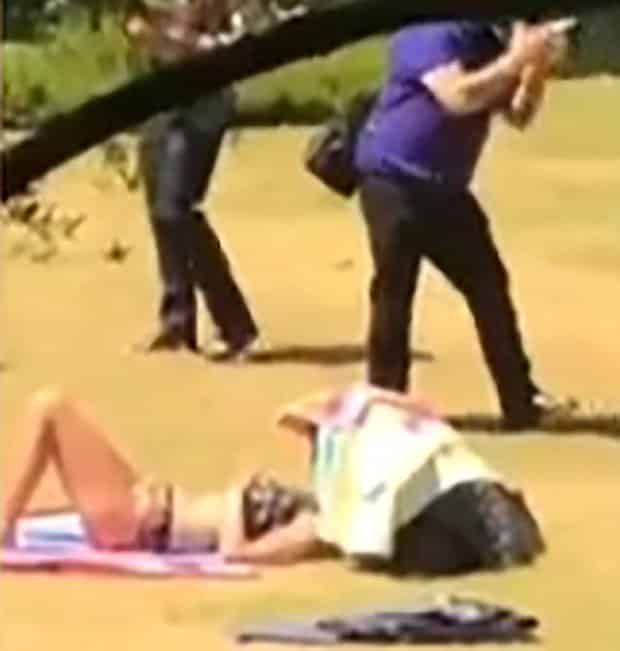 “She was surrounded by wedding guests, the couple were behind her and the photographer kept calling different people over for pictures – so she knew what was going on.

“I don’t know if the photographer got any good photos or not.

“Eventually she got up and left after about 10 minutes of us being there taking photos – but she still left all her stuff there. ‘It was bloody rude and disrespectful.”

What do you think – should the woman have moved? Or should it be first come first serve? Tell us in the comments!

Rude Bride Explains Why You Weren’t Invited To Her Wedding