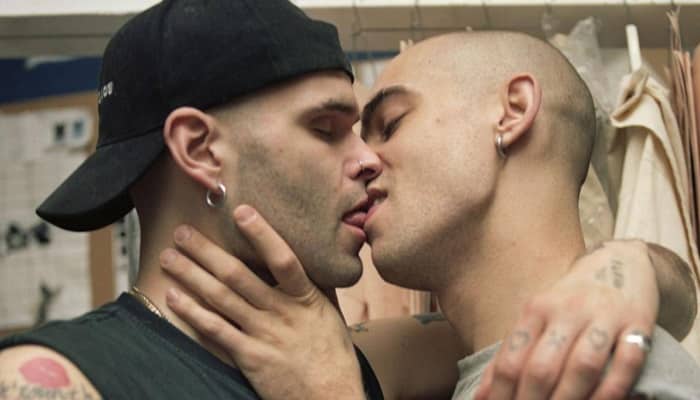 Instagram has apologised for taking down a snap of two men kissing, after the platform claimed the image “violated community guidelines.”

A spokesperson for mobile app claims the image was removed by mistake, saying: “This post was removed in error and we are sorry. It has since been reinstated.”

Read about my new project on @i_d link in bio! words by @georgie_wright_ thanks to @becca_bw ❣ here @mrjordanbowen and @iamlucalucifer being cute for me

As well as posted to Consinni’s Instagram account, the image was also published in i-D Magazine as part of a series exploring modern relationships. The London-based photographer hopes to exhibit them later this year.

Despite Instagram’s claims it was an error, the photograph was only returned to the platform after well-known fashion icons and LGBT activists bought attention to its removal.

Olly Alexander, lead singer of Years and Years and a well-known advocate of LGBT rights, along with Jade Thirlwall from Little Mix, posted on Instagram asking for justification. And users were thrilled to see the image reinstated, with one commenting: “It should never have been taken down in the first place.”

Bowen also reacted to the image’s removal, saying it condensed his “reduced his seven-year relationship with Luca to a community guideline.”

This isn’t the first time Instagram has been criticised for taking down LGBT content. In January, the site was admonished for removing a post featuring Zoe Leonard’s 1992 poem “I want a dyke for president.” Instagram claimed this was also a mistake, but in 2016 they also censored images under hashtags such as #lesbian, #gay, and #bi. The image sharing site has also recently been accused of fat-shaming, after a plus-size model claimed the social network shadowbanned because of her curves.

The Blood Test, The Swab Test, and The Saliva Test      Essentially, there are three general types of COVID-19 testing produced so far. One is the rapid test, the second is the saliva test and the other is the swab test. The rapid test (also known as the anti-body test) uses blood samples. The swab test… END_OF_DOCUMENT_TOKEN_TO_BE_REPLACED

The COVID-19 pandemic is one of the biggest modern pandemics known in history. Currently, there are more than five million confirmed cases in the world, with a total of 333,000 deaths. A total of 1.6 million of these confirmed cases are in the US alone. The world is currently in a race of finding a… END_OF_DOCUMENT_TOKEN_TO_BE_REPLACED

Despite concrete data and research, people’s opinions will always be diverse when it comes to a variety of topics including religion, politics, gender, and more. Denial is a common reaction to many important discussions and serious world events. The COVID-19 pandemic does not differ from any issues and is subject to opinions from critiques all… END_OF_DOCUMENT_TOKEN_TO_BE_REPLACED

Back in January, when the Wuhan, China coronavirus broke out, it didn’t make it to the front page of newspapers, in print or virtual form. Today, January feels like a lifetime away. Like it or not, people around the world have adapted to the new normal – staying at home, frequent hand washing, and social… END_OF_DOCUMENT_TOKEN_TO_BE_REPLACED

Since the beginning of the year 2020, the whole world has been stupefied by the rapid spread of a deadly coronavirus known as COVID-19. World superpowers in the West were unable to prevent the virus from reaching their borders. Because of this fact, the novel coronavirus COVID-19 became a world-wide pandemic no less than three… END_OF_DOCUMENT_TOKEN_TO_BE_REPLACED

For months since the start of 2020, the attention of the world has focused on immediate response efforts to contain and combat the novel coronavirus, also known as COVID-19. The deadly virus has pushed millions of people into isolation.  This kept people in their homes for weeks and months away from their work, their friends,… END_OF_DOCUMENT_TOKEN_TO_BE_REPLACED