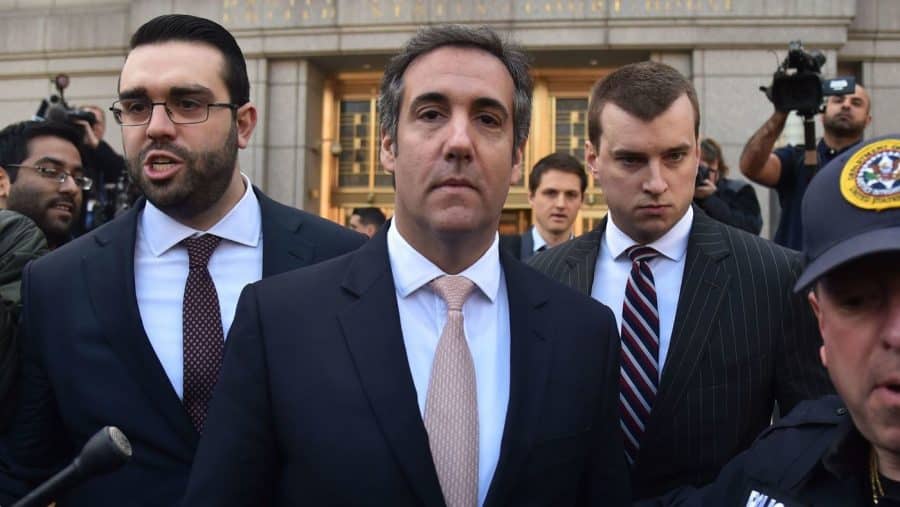 President Trump‘s former lawyer, Michael Cohen, has spoken in the past about having Trump’s back 110% — even going as far as saying he would rather “jump out of a building than turn on Donald Trump,” and he would “take a bullet” for the 45th President of the United States.

Well evidently, those days are LONG gone! During a Monday morning interview with ABC’s own George Stephanopoulos, Trump’s ex-lawyer and closer spoke from his own mouth that he is fully prepared to flip on Donald Trump.

“Once I understand what charges might be filed against me, if any at all, I will defer to my new counsel, Guy Petrillo, for guidance,” Cohen stated.

When asked about his past remark about being willing to do anything for the President, Cohen again alluded he’d flip faster than burgers on a grill: “To be crystal clear, my wife, my daughter and my son, and this country have my first loyalty.”

Spent Saturday afternoon with @GStephanopoulos @abc (not on camera) interview for Monday’s @GMA. My silence is broken! pic.twitter.com/ed6WRYpvVA

Cohen’s interview included an additional warning sign: the cited termination of a joint agreement between Trump and Cohen’s legal team to share information.

This may be the most significant Cohen news of all pic.twitter.com/Uzn7Hn4vzk

In the interview Cohen too expressed, “”I will not be a punching bag as part of anyone’s defense strategy.” Cohen continued, “I am not a villain of this story and I will not allow others to try to depict me that way.”

The FBI seized files and documents as part of investigations by federal prosecutors in the state of New York arising in part from a referral by the U.S. special counsel’s office searching for possible coordination between Russia and Trump 2016 campaign aides. Moscow refutes interfering in the U.S. election and Trump rejects connivance by his campaign, characterizing the snooping as a ‘political witch hunt’.

Will Cohen blow the lid off of the whole thing? Guess we’ll all just have to remain tuned in.