Trump Nominates Old Clips Of Himself From ‘The Apprentice’ To...

When Supreme Court Justice Anthony Kennedy announced his retirement last week, panicked shockwaves rippled through the country. Though he was typically a conservative judge, he often provided a crucial swing vote in favor of socially progressive interpretations of law. Notably, he voted in favor of same sex marriages in 2015, securing a 5-4 ruling that solidified LGBTQ rights nationwide.

With this departure, however, many fear that Trump’s eventual nominee for the court’s opening will lean much more consistently right-wing — and, perhaps worse, will be very young indeed. Because Supreme Court Justices rule for life, a young judge would impact the Court’s rulings for generations. And with the more liberal judges creeping ever-upwards in age (Ruth Bader Ginsberg is 85, and Stephen Breyer is 79), the possibility of even more openings for Trump to instill with his own far-right picks sends alarm bells blaring.

As it turns out, Trump’s selection ended up being both ludicrous and, yes, the most expected thing ever. For the newly opened Supreme Court seat, Trump nominated old clips of himself from his NBC reality show, ‘The Apprentice.’

The first thing everyone’s asking themselves is: What’s going to happen with Roe V. Wade?

During the presidential debates, Trump had said that overturning Roe V. Wade would be a promise he intended to keep when it came to nominating Supreme Court judges.

“Well, if we put another two or perhaps three justices on, that’s really what’s going to be — that will happen,” he said, “And that’ll happen automatically, in my opinion, because I am putting pro-life justices on the court. I will say this: It will go back to the states, and the states will then make a determination.”

Despite the campaign promise, however, Trump more recently distanced himself from the vow to eliminate women’s rights to an abortion.

The fuss, as it turns out, is for naught. Trump’s decision to place himself on the court via old clips of ‘The Apprentice’ is largely separate from any kind of anti- abortion activism. He’s much more concerned about the possibility of an aborted Presidency.

The fact is, current investigations into the presidential campaign seem to be swiftly unfolding toward a Presidential indictment. If, that is, such a thing is allowed — and that decision is almost certain to fall under the purview of the Supreme Court. Followed by: Can the President pardon himself?

A special team is already underway to provide the best clips for Supreme Court Justice Trump to say during the eventual trial.

Furthermore, the team was ecstatic discover a clip that they plan to play nearly constantly, in which future Supreme Court Justice Trump says, “That’s a big stretch.”

No matter what though, the team intends for the Court’s final words on the matter to be a clip of Trump saying, “It was a long, boring explanation, and I didn’t wanna hear it.”

When it comes to the final decision, however, the team still scrambles to find the perfect clip that will unequivocally declare Trump’s innocence. 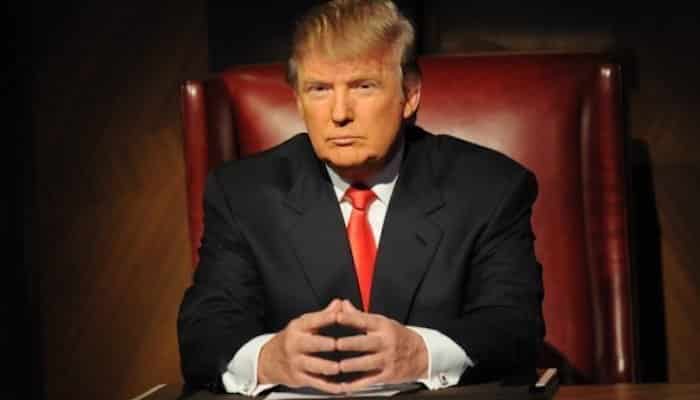 “Unfortunately,” commented one member of the team, “the thing he said more than anything else was ‘You’re Fired.’ So….”

Though there’s nothing particularly unusual about an 81 year old man wanting to retire — the case of Anthony Kennedy’s retirement raises eyebrows. As ever, sketchiness follows in the wake of Donald Trump’s footsteps.

You see, Justice Kennedy’s son was the global head of the real estate division of Deutsche Bank that lended Trump over $1 billion.

The intimacy of this financial relationship is an usual spin on the relationship between a President and a Supreme Court Justice. Traditionally, the Supreme Court is supposed to provide a check on the President’s power. But with billions of dollars tethering the two together, how impartial could it be?

The timing, additionally, suggests an odd collaboration. By retiring now, Kennedy assures that Trump will be able to name his successor with relative ease — despite puffed feathers from Democratic members of Congress who are ultimately powerless as the minority party. With a solid majority of Republican Senators, and the prior removal of the filibuster for judicial nominations, Trump’s nominee will almost certainly sail through confirmation proceedings. Much unlike former President Barack Obama’s nominee, Merrick Garland, for whom Mitch McConnell refused to even hold a vote for a year.

Even with an expected “Blue Wave” this November Democrats have large hurtles to leap in order to retake the Senate. But if they do, they would be able to obstruct Trump’s picks to the Supreme Court indefinitely, much like Mitch McConnell did to Obama in 2016.

Whether or not that could happen, it won’t matter if Kennedy retires now. The Republican majority will be thrilled to confirm Trump’s ‘Apprentice’ clips to the Court.

The Apprentice Becomes The Three Branches Of Government

But how can one man occupy both the Presidency and the Supreme Court?

When it comes to Trump, nothing matters. We’ve all learned that by now.

He pushed forward new policies that resulted in caged children separated from their parents, permanently, in many cases.

He banned Muslims from entering the country (upheld by the Supreme Court recently, incidentally).

Etc. etc. So when he nominates himself to the Supreme Court, in the form of ‘Apprentice’ YouTube videos, who’s really going to do something about it? 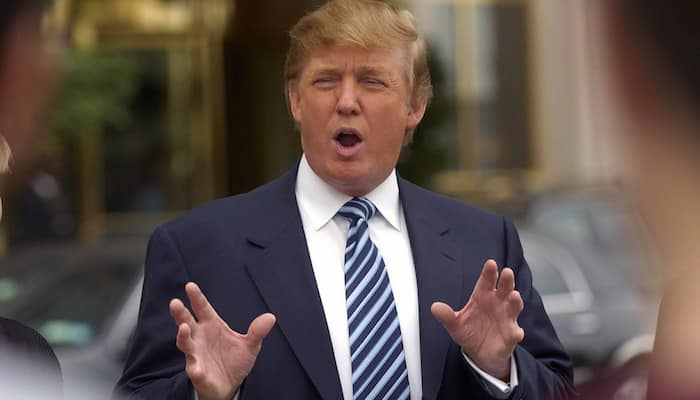 Who in the GOP did anything about gun violence?

Who did anything about the family separations?

With no legislation in sight, gun massacres still happen, and families are still separated.

And, really, the only thing we can hope for is that Trump’s clips will also run for seats in the Senate. And that they’ll all win. Then, that they’ll all malfunction at precisely the same time. During an impeachment proceeding, that is. And the clip that each Trumpian Senator says during the proceeding is, in unison, “You’re fired.”

But until that happens, we’ll need to endure the lifelong seat in the Supreme Court the clips will enjoy. As it turns out, clips live a long time. Even if they’re easily forgotten.