These Sickos Left The Most Hateful Comments On Photos Of...

If you haven’t completely lost respect for Republicans yet, then these comments will definitely get you there. Children are literally being locked in cages, crying for their parents and these people have the nerve to make fun of them. Heartless, to say the least, people are calling out these sickos who are leaving hateful comments on the photos of immigrant children.

This person commented on a photo of an immigrant child with a caption saying that the government doesn’t have a system in place to reunite these separated families. His response is repulsive saying, “Who cares? We want them punished.” No one deserves to be treated the way detained immigrants are being treated. Human rights are being violated, but evidently, this guy is in agreement with the First Lady.

Monkeys In The Zoo 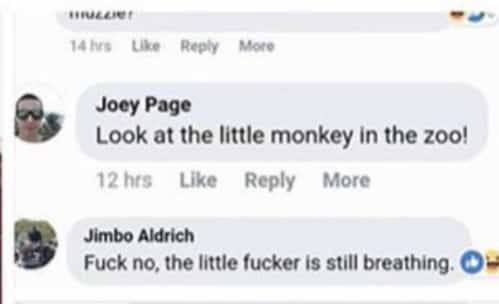 In response to an image of a toddler crying behind the bars of a cage, this guy decided to take his racism to a whole new level. He wrote, “Look at the little monkey in the zoo!” Seriously? Perhaps it’s not just Starbucks that needs to go through a racial sensitivity program. There’s nothing about this comment that is okay.

Give Them A Churro 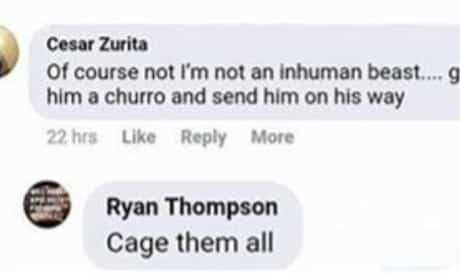 A photo of an immigrant child in a cage is captioned “Is this what we’ve become?” and the responses are heinous. If you haven’t lost faith in humanity yet, this guy will get you there. His comment reads, “Of course not I’m not an inhumane beast…give him a churro and send him on his way.” Right, because all kids need to survive is a pastry and permission to leave. Maybe we can point them in the right direction towards their empty homes as well, and hope for the best!

While most of the world is horrified by the way our government is treating illegal citizens, there are people like this guy who thinks the best solution is to throw them all in cages. Apparently, they can’t process the fact that these are actual human beings. If we locked up all of the immigrants, why stop there? Why not lock up the descendants of illegal immigrants as well? The Native Americans would love to have their land back. 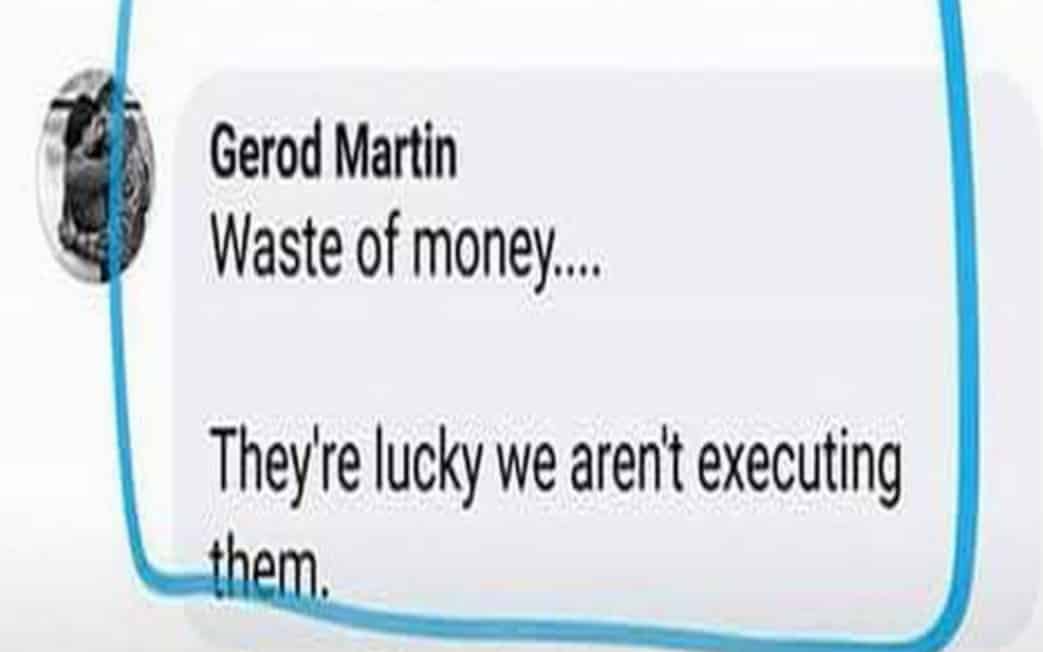 For some Trump enthusiasts, putting immigrants in cages isn’t good enough. This guy put it elegantly when he wrote, “Waste of money…they’re lucky we aren’t executing them.” We don’t even execute convicted murderers and rapists in our country, but apparently, we should start throwing people guilty of wanting a better life on death row. This guy obviously belongs in 1944 Nazi Germany.

It would seem that Mexican parents are intentionally sending their children over the border with human traffickers. They’re knowingly sending them to America as sex slaves because that’s got to be a better life than what they have in Mexico. At least that’s what this guy’s saying in his absurd Instagram comment. Perhaps instead of putting immigrants in cages, we should start locking up people who feel the need to spread stupidity on the internet.