This Tinder For Cats and Dogs is Far Better Than...

A new app claiming to be the “Tinder for cats and dogs” is helping unloved furbabies find a home. Called Zeppee, wannabe pet owners can swipe right to adopt cats, dogs, birds and more.

Creator Ben Burton was walking home from dinner one night with a friend in Bryon Bay, Australia, when he came across a missing poster for a black labrador. The poster sparked the idea for an app that connects animal shelters with potential pet owners.

Ben suggested the idea to his pal, who responded with: “What the hell’s wrong with you?” but he wasn’t deterred by his pal’s lack of enthusiasm. 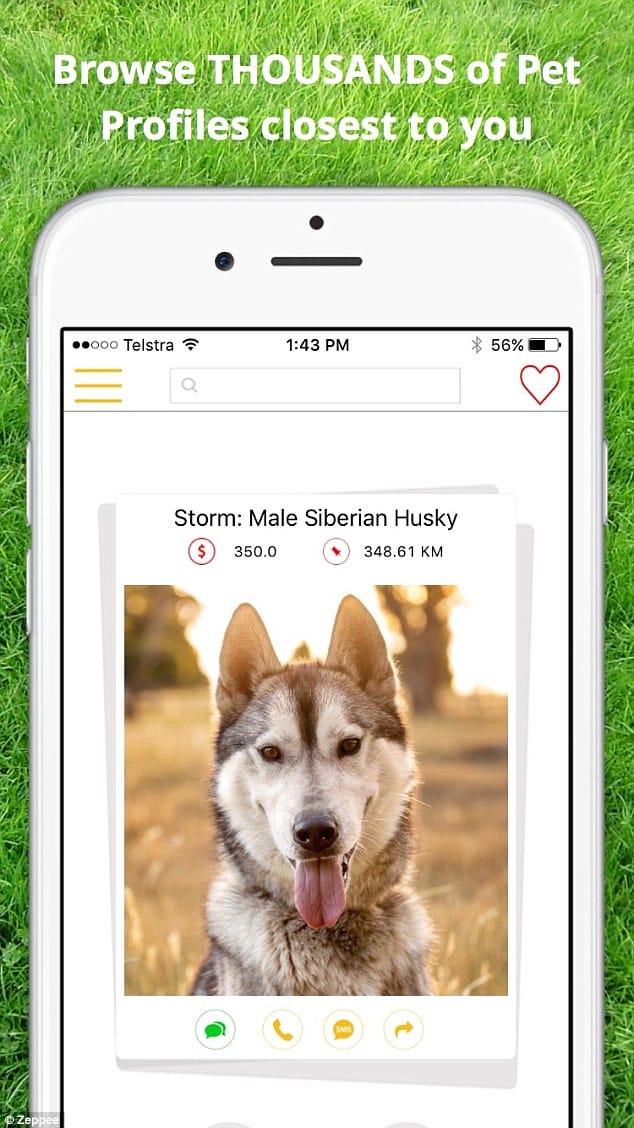 “I woke up the next morning and kept thinking about it,” Ben told the Daily Mail Australia. He phoned Pierre Moio, a man he knew with impressive tech skills, who Ben describes as “one of those movers and shakers.”

“I called him up and I said: ‘I have an idea, a business idea. I want you to be super critical. Tell me if I’m being an idiot.

The pair began working on Zeppee the next day, and didn’t stop for seven months, “sitting on the computer until 2 o’clock in the morning.” And despite only launching nationwide two weeks ago, 2000 animals have already been listed. 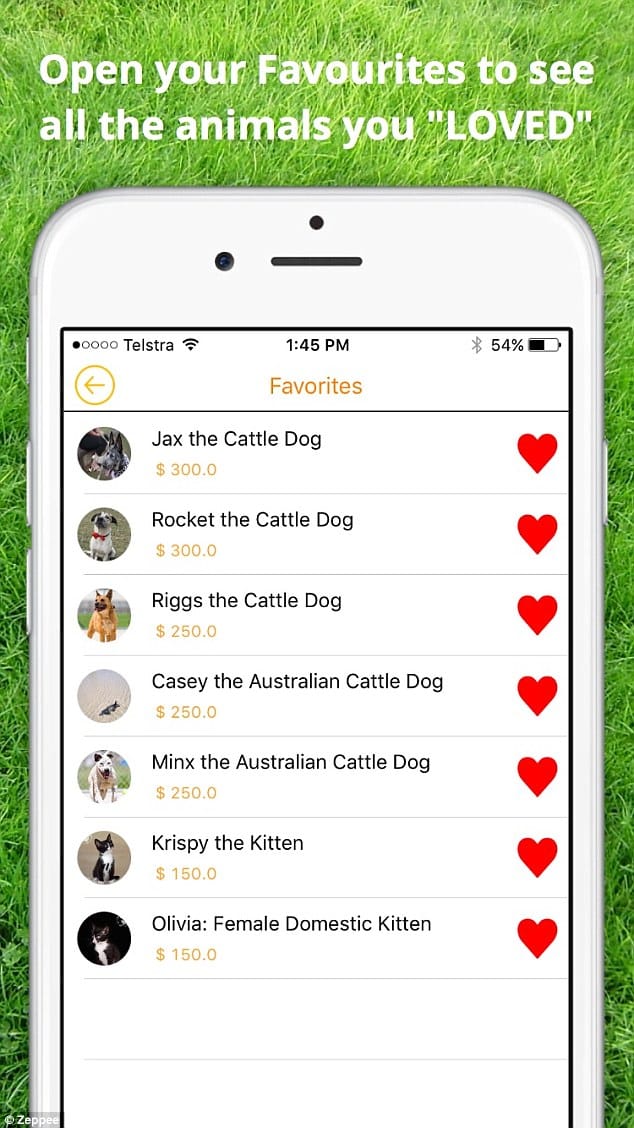 “If you’ve got a lot of time to waste you can swipe through lots of cats and dogs – which I do.” Ben also admitted he’s got his eye several prospects himself. “The ones I’ve favourited, if I adopted them all I’d literally have to call myself a shelter and move out.”

Ben currently has a dog and three cats, one of which of the app is named after. He came across Zeppee the kitten on a Gumtree listing when she was just four-weeks old, and drove up to Queensland to collect her. On his arrival, he discovered she was malnourished and covered in fleas, “she was just a rib cage with a set of eyes and fur,” he said. 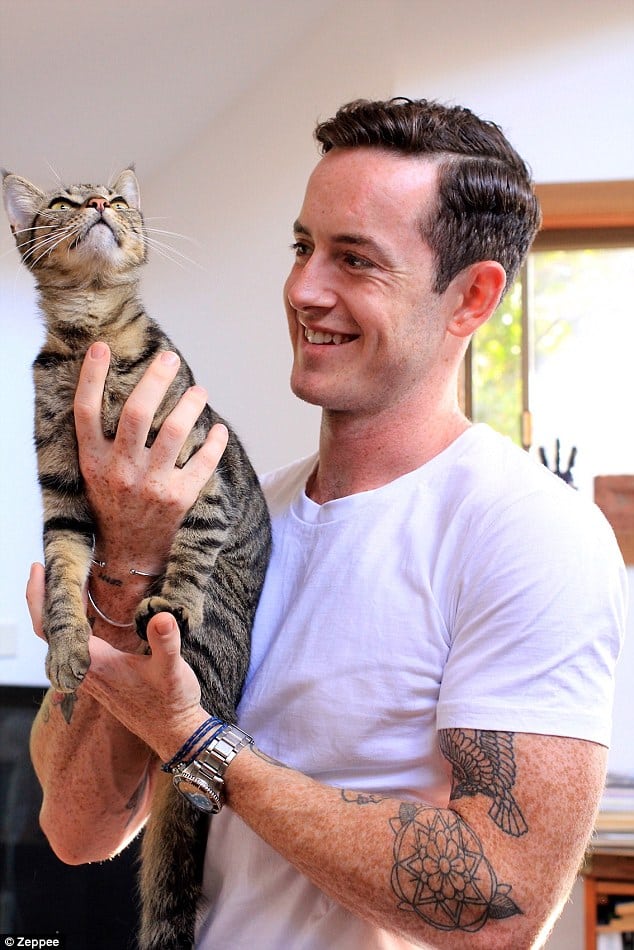 Zeppee is now a healthy ten-month-old, but Ben says the way he adopted his furry friend contributed to the development of the app. “If nobody had found her on Gumtree, she would have died.”

Before they can be uploaded to Zeppee, animals must pass a stringent entry process. This includes being vaccinated and microchipped, and there are procedures to ensure no one tries to over-breed their pets to sell through the app. “You can’t just pick up a kitten and whack it online to make a quick buck,” Ben explained.

He wants Zeppee as “ethical community of likeminded people with the same desires to see animals go to a good home.”

Cat Friday: The Start of a Much Needed New Tradition