When Will You Stop Defending Trump?

What would the President have to do before you’d stop defending him? Because from the outside looking in, it seems like you’ll defend him no matter what.

To recap, so far as President he has:

And that’s not even a comprehensive list. Not even close!

So, none of these things have managed to move your needle AT ALL?

Those of us who don’t think this president is the greatest thing since sliced bread are constantly aghast at how #MAGAs refuse to stop supporting Trump. Defending Trump. Will unquestionably vote for Trump again.

What’s it going to take to break the spell he’s cast over you? What would this man have to do to finally lose a significant amount of his supporters and defenders?

What if he never builds his border wall? 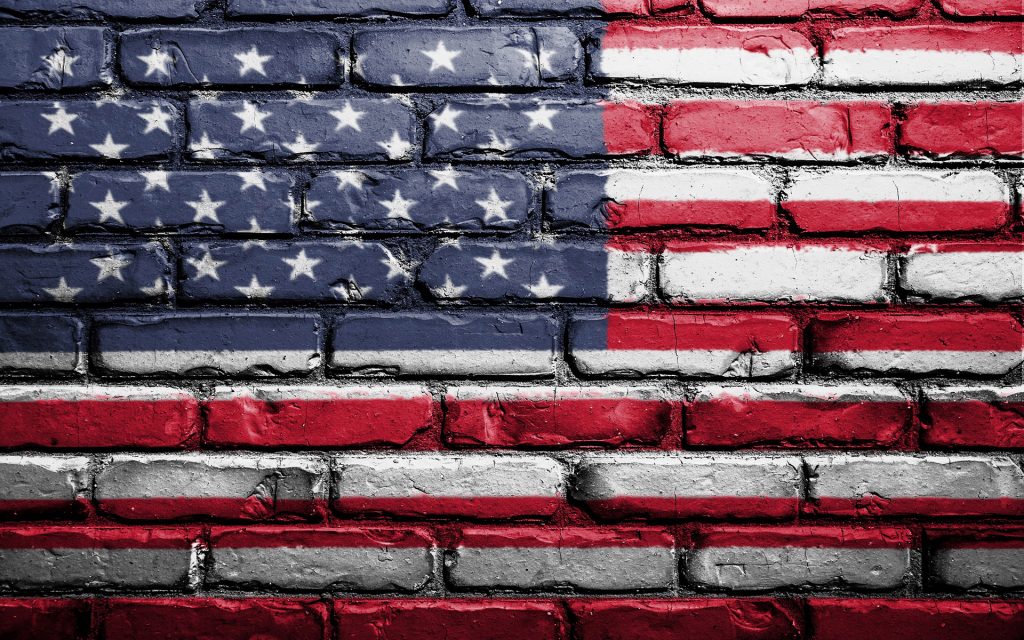 Not following through on campaign promises is always bad for any politician, but Trump is different. You already overlook his many character flaws, brush aside reports of sexual harassment and assault, and shrug off his endless lies.

A big part of the Trump formula for success is his ability to do horrible, self-serving “America first at the expense of the rest of the world” things while convincing his #MAGA flock that they’re the best ideas ever.

But maybe he’ll wake up one day and realize that a big wall won’t do anything to keep illegal immigrants out. Maybe someone close to him will point out that all it takes to climb over a really big wall is a ladder that’s just a little bit bigger.

Would you still support him if there’s no wall? It was one of his biggest promises, his most frequent go-to talking points on the campaign trail. He made it sound like the wall was going to be at the top — or at least near the top — of his priority list, as soon as he took office. But as predicted by every person alive who’s not him, funding it has proven very complicated.

It’s a very real possibility that the wall could never happen. Would that turn you against him? I doubt it very much.

But if he does get his wall built, why stop with Mexico? What if his nonstop bluster and saying-whatever-pops-into-his-head-without-a-filter gets us in hot water with Canada? What if he were to build a second wall there? Would that change your mind? Nah, you probably already think that’s a great idea. Those Canadians are just too darn nice, after all.

So hey, why not put up walls at the oceans, too?

Just fence-in the entire nation. Then we won’t have to deal with any of them dang furrinners! The only problem we’ll have is each other. Yeah, that’ll be great because we all get along so well. All the time. It’s beautiful.

What if he makes money off of the presidency? 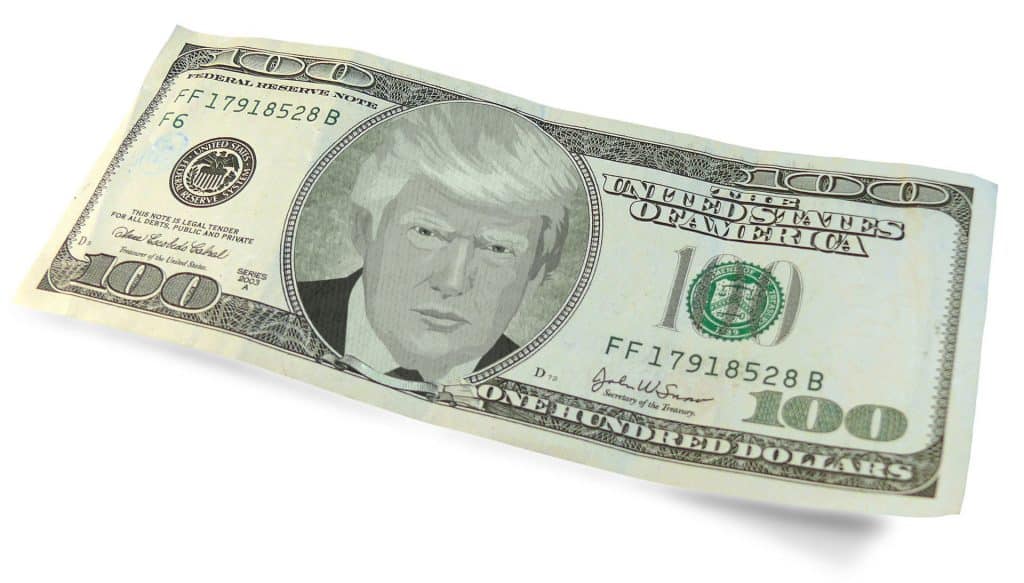 What if Donald Trump used his Presidency to turn a profit? A LOT of profit. In a morally-shady way?

Oh wait, he’s already done that? Like, a whole bunch? And nobody cared?

What if it’s proven he colluded with Russia?

Let’s face it: either he himself colluded or someone in his campaign did, or tried to. The second possibility is much more likely, and has been all but proven already, what with all of the secret meetings with Russians and digging for dirt on Hillary Clinton with Russia’s help. These things really happened, they’re on record.

IF it were irrefutably proven that Trump himself had a direct hand in colluding with Russia to rig the 2016 election… Would you still defend him?

I’m willing to bet a large number of you would. Honestly, I don’t know how one could feasibly defend a thing like treason. There would have to be cries of “conspiracy!” or something else far more outlandish and unbelievable than collusion. So this one, despite its unthinkable implications if true, is a moot point.

He’d lose some supporters, sure. But not a majority.

What if he had sex with a hooker and it was caught on camera?

“If [Bill Clinton] will lie to or mislead his wife and daughter, what will prevent him from doing the same to the American public?” –@Franklin_Graham, 1998

Well, which is it? #PartisanPolitics?

In short: No, I don’t believe he’d lose your vote. You’d overlook this little “indiscretion,” or maybe tsk-tsk and shake your head at his lack of moral fiber. But I’m willing to bet you’d “forgive and forget,” and still vote to give him a second term.

If the presidency of Donald Trump has proven anything, it’s that constituents will gladly support a blatantly immoral man if he caters his policies to their interests.

What if he starts a nuclear war?

He came dangerously close to this during his third grade Twitter war with Kim Jong-Un. If he launched nuclear warheads at an enemy nation, to which they retaliated and shot their nuclear missiles at us… The devastation would be unprecedented. Potentially millions of lives lost. Maybe even billions from the fallout.

Sure, it (seems to have) all worked out thanks to their historic summit. Like others who’ve been on the receiving end of Trump’s insults, Kim Jong-Un has a remarkably short memory. But if Trump had started a thermonuclear war by mashing that “bigger and more powerful” launch button of his… Would you defend him?

You’d probably get all militaristic and claim he had no choice. But that’s not really true: it’s easy to choose NOT to destroy half the planet in a single move. Look — you and I are doing it right now.

What if he murdered someone? 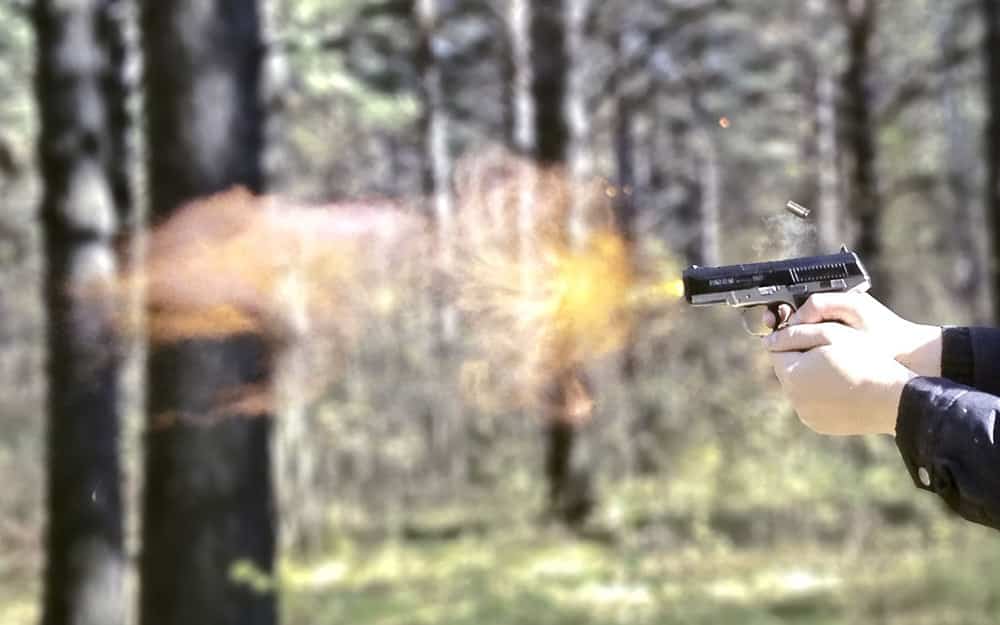 He’s stupid, but he’s not this stupid. Even though once, during one of his endlessly nonsensical speeches on the campaign trail, he bragged about being able to shoot someone dead “in the middle of 5th Avenue” in New York “and not lose any voters,” he would never actually do something so self-destructive. Because if there’s one thing we know about Mr. Trump, it’s that he looks out for number one.

Suppose he did, though. Just for fun, let’s imagine a scenario. It would have to be someone that criticizes him or betrays him, because those are the two bigliest things he just can’t handle. (You can’t tell me he hasn’t fantasized about having James Comey shot on a firing line.) Suppose someone pushes him too far, and he lashes out physically, like that dumb wrestling-with-CNN video. He takes it a little too far, and the offending opponent loses their life.

For starters, if it’s not captured on camera, he’ll sow enough doubt in your mind that you’ll refuse to believe it. It’ll all be the “fake media” stirring up trouble, like always. If it IS caught on camera… He’ll still pull out the Distract and Plant Doubt Playbook. He’s done it countless times already about things that actually HAVE happened.

But there would still be those who defend him, even in an open-and-shut case of murder. You KNOW there would. They’d cry “self defense!” or “conspiracy!” or “it was a setup!” They cry similar things right now over real offenses.

Whether that’s you or not, it begs the question: Are Trump’s defenders already too far gone? Are they so brainwashed that they’re beyond hope? And if not, what will it take to make them see the truth?

What if he insulted your mother and spit in her eye?!

There’s one incontrovertible rule of human life: You don’t mess with somebody’s momma. What if he dissed your mom super harsh, in a yuge, public way? Maybe it happens on Twitter. Or maybe he meets your mom in person and the heinous incident is caught on camera and broadcast all over the world.

Would that do the trick?

Seriously, is there ANYTHING that would stop you from defending Trump? Is there NOTHING that will open your eyes?