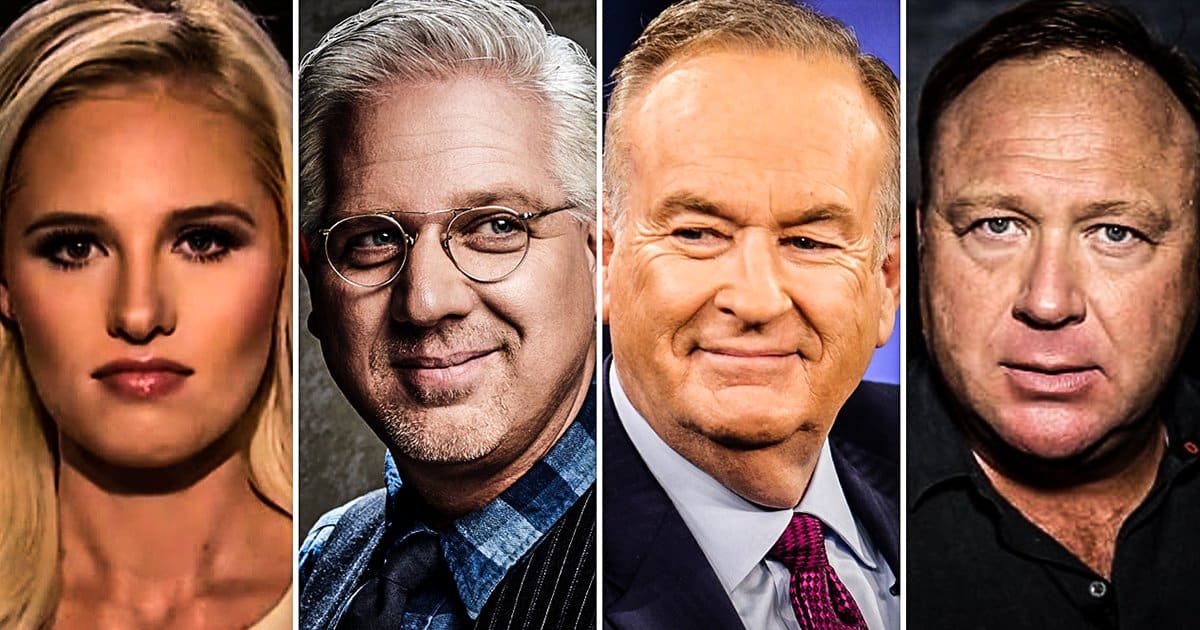 As the fight against Trump’s “zero tolerance” prosecution policy at the border of Mexico continues, the excuses coming from the right-wing media become more and more absurd. While anyone with even a Grinch-sized heart has found the images of children sleeping in cages and crying for their parents to be incredibly disturbing, those on the other side of politics seem to think it’s funny. Numerous members of right-wing media have laughed at the situation and made deplorable comments, but it’s their excuses that separates them from civilized human beings. Here are the most absurd excuses right-wing media has used to defend separating immigrant families and putting children in cages.

These Immigrant Children Are Paid Actors

When Republican commentator Ann Coulter appeared on Fox News, she quickly made it clear that she is anti-immigration and fully supports this zero tolerance policy. Her feelings on the subject are that the traumatized kids appearing in the media are actually paid actors that she hopes President Trump pays no mind to. Coulter said, “These child actors weeping and crying on all the other networks 24/7 right now—do not fall for it, Mr. President. I get very nervous about the president getting his news from TV.” I’m not sure what footage she’s been looking at, but most of what I’ve seen are videos of children crying uncontrollably, hardly speaking let alone acting. Separating kids from their parents is extremely traumatizing, there’s just no way these children are having fun in these prison-like facilities. Also, the fact that Coulter can’t trust Trump to watch television speaks volumes about how she perceives him.

Everyone and their mother thinks it’s the law to detain immigrants at the border and separate them from their families, but it’s not. Separating children from their parents is part of Trump’s policy, but the right-wing media can’t seem to wrap their heads around this factor. Journalists from The Daily Wire’s Ben Shapiro to practically everyone at Fox have been using this to justify our government’s heinous actions, but this has never been the way immigrants were handled in the past. And on a side note, there are a lot of things that used to be legal that were straight up wrong such as slavery and concentration camps.

While we all know that human trafficking is definitely an issue, using what is clearly a separate problem to defend taking immigrant children from their families is absolutely absurd. But that’s precisely what Health and Human Services Deputy Secretary Eric Hargan has been saying. Apparently, he believes that ICE is creating “safe and healthy environments for children and teenagers to reside” because they are “vulnerable to human trafficking, exploitation, and abuse.” It would seem that the fact that separating children from their parents in a foreign country significantly increases vulnerability hasn’t yet occurred to him.

It’s All Our Fault

Blaming Democrats and liberals has been a huge excuse across right-wing media. Apparently, we’re enabling this Trump policy so we can hold it over the heads of Republicans and have something to be angry about. It’s all about politics and having this card in our deck is a means to an end. Any member of the left-wing media who have been caught crying on camera after seeing photos or video of children in cages are all just making a political statement. They couldn’t possibly have true human emotions.

When they’re not blaming Democrats, those of the right-wing media are all about blaming the immigrants themselves. They’re adamant about pointing out the fact that immigrants aren’t following our laws to come into the country. They actually think there are legal ways in which Mexicans can fill out some paperwork and come live peacefully in America without issue. Many of the people currently being incarcerated did go about legally coming to America and were still arrested. Trump’s zero-tolerance policy basically uses the legal process of immigration to learn who wants to come to the United States. Rather than denying them just to deal with them later trying to cross the border illegally, we’re just assuming they’ll eventually break the law and throwing them in jails. How American of us.

The right-wing media is so lost for proper excuses, that they’ll blame any previous U.S. president, dead or living. Of course, Obama is their go-to fall guy, but when that gets old, they go even further into our history books in search of reasoning. Mostly they believe that these practices have been in place for years, some saying as far back as when Bush was in office. Radio host Rush Limbaugh has said that family separation “is an entirely manufactured crisis. It’s entirely manufactured. This has been going on for years. It happened during the Obama administration.” Once again, separating families is a new policy that was developed by Trump and has only been practiced by Trump. Well, Trump and Hitler.

Probably the most absurd excuse given for immigrant children being thrown in cages has been that it’s all propaganda developed by the media in order to keep suspicion over Trump’s inadequate qualifications at bay. Once again, right-wing media has called this a manufactured crisis, yet they’ve all failed to explain where these photos and video footage is coming from. They also haven’t managed to come up with any explanation for the dozens of first-hand accounts describing what the situation in some of these facilities is like. Something like this doesn’t just pop up out of thin air. Even if the media decided to completely fabricate this story, it would be pretty easy to disprove.

The Bible Says So

Apparently, the act of separating immigrant families and locking kids in cages is deemed okay according to the Bible. Written somewhere in the words of “God” are specific instructions to forbid uninvited foreigners with skin darker than yours to enter your space and any who try to cross over onto your declared land should be put in jail. No jury required. Likely, they’re getting this information from the same Bible that says homosexuals are going to hell and women are required to worship their husbands. Sounds a bit outdated if you ask me.

Dumbest Things To Ever Come Out Of Sarah Huckabee Sanders’ Mouth

Together with the fireworks for the Independence Day weekend, the latest explosive Hollywood news involves no one else but the controversial Kanye West. The famous celebrity has revealed his plans for a presidential run. Originally planned for 2024, he has stated that he is actually going to run for the 2020 Presidential elections in November. The… END_OF_DOCUMENT_TOKEN_TO_BE_REPLACED

Recent trends have reported that K-pop fans in the US are getting mixed in with current issues in politics. K-pop fan communities are using online platforms to rally up and protest against racism in the United States. In support of the #BlackLivesMatter movement, the online K-pop community has come together in protest. Never has it… END_OF_DOCUMENT_TOKEN_TO_BE_REPLACED