Justin Bieber used Twitter on Saturday to moon his ten of millions of social network followers.

The 18-year-old pop star pulled down his pants and took a shot of his butt as he looked over his own shoulder.

Bieber is spotted in the photo wearing a black tank-top, camouflage cap and aviator sunglasses.

The photo was later deleted but not before it made the internet rounds and was confirmed by Bieber’s manager Scooter Braun.

“As a prankster u have to respect another good prank. only makes sense. #crackdealer.”

Justin Bieber responded back with a simple “haha.” 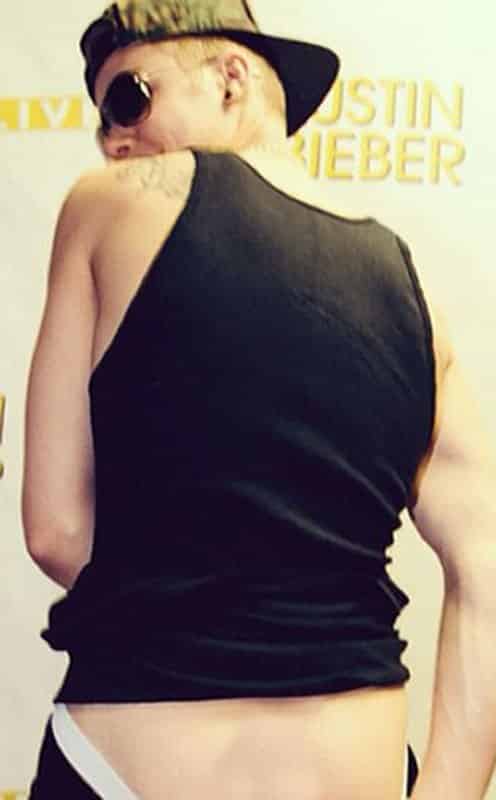