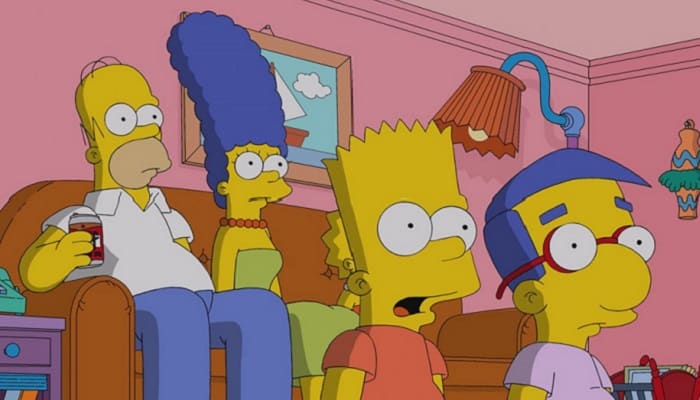 From their accurate predictions of celebrity deaths to guessing that Fox would be bought by Disney, the internet has long suggested that The Simpsons is the animated equivalent of a crystal ball.

After almost three decades on the air, it’s not surprising that some plot-lines from the beloved cartoon would also happen in real-life. Still, some episodes are so similar to actual events that it’s genuinely terrifying.

Take for example, Donald Trump. The business mogul’s presidency was referenced in the season 11 episode “Bart to the Future,” 16 years before Trump was elected. In 1999, the show predicted the invention of an entirely new fruit called Tomaco, a cross-breed of tomatoes and tobacco, which Rob Baur created in 2003. Then there’s the 2014 ebola outbreak, which many fans claimed The Simpsons predicted in the episode “Lisa’s Sax,” which broadcast 17 years in advance.

Now, fans suspect the show will soon be credited with another accurate prediction – the 2018 World Cup final.

In the season 9 episode “The Cartridge Family,” which aired in 1997, the family attend a football match to determine once and for all “which is the greatest nation on Earth – Mexico or Portugal.”

Sure, the episode doesn’t mention the tournament by name, and match took place in Springfield rather than Russia, but still, this could actually happen. Both teams have yet to be knocked out, with Portugal through to the final 16 and Mexico leading Group F with six points. They have also both been placed into different groups for the next round, meaning an eventual showdown could be on the horizon.

Both football and Simpsons fans are shook by this revelation, at least according to Twitter

The Simpsons in the season 9 (1997) predicted a football final between Portugal and México!! Wow.. I frankly can’t stop myself from believing in this ’cause the cartoon had such an impressive history of valid predictions and connotations. pic.twitter.com/lMyqVVUN7C

If the Simpsons really predict Mexico vs Portugal, I will question this very reality that we live in.

yooo lowkey the simpsons predicted Mexico and Portugal in the final, have they ever been wrong about anything they predict?

However, some people are less convinced…

They kind of have a point. With 600 episodes under their belt, the show has literally done everything. Either that or Matt Groening is a time-traveller. Take your pick.

Would You Eat This ‘The Simpsons’ Grilled Crayon Sandwich?

No, The Simpsons Did Not Predict Facebook’s Oculus Purchase (But The Oatmeal Did)