Being an immigrant is tough. Being an undocumented immigrant is even tougher. But at least you don’t get pummeled with sticks when you enter the country. Nah, you just die of thirst in the desert for the opportunity to be treated badly by white people that depend on your labor to support their economic choices and way of life, all while paying taxes that you don’t benefit from and living with deportation phone call away. But not for much longer will this generous reprieve be granted to you! Legal immigrant or undocumented immigrant, asylum seeker or economic migrant, coming to America will now require you to be bruised and bloodied first. How you can you claim to care about America if you refuse, after all? Just ask our President, who grew up rich and dodged the draft: he knows all about sacrifice for a country you truly love.

With their incredible immigrant-hostile tone, we fully expect the Trump administration to set up car wash machinery fitted with baseball bats to automatically club immigrants as they enter the United States. Better still, in order to give jobs to the white Americans that he promised economic improvements, there will be actual humans at the end of the line to tell you that you look like crap and spit directly into your wounds. Those coal jobs aren’t coming back, after all! It turns out that one bombastic prick can’t change a decades-long trend in global economics by tweeting about it. 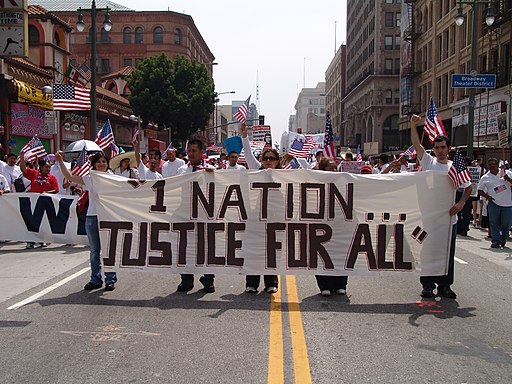 We also expect that Trump will be thrilled to announce that white immigrants can pass over the mandatory beatings. Maybe this will be explicit, but it will more likely to based on a “shithole-ness” tier system. Countries that Trump sees as “shithole countries” will have the lowest visa priority and the longest ride on the baseball bat carousel. Countries that Trump thinks are nice will have unlimited immigration opportunities and a fast pass for bat time. And if you think the President is going to check on even Wikipedia before making these judgments, have you ever got another thing coming my dude.

It will be no surprise to discover, we are sure, that the whiter the citizens of the country, the less of a shithole that country coincidentally happens to be. Whether a country is or is not a shithole is determined almost exclusively by how dark the average citizen’s skin color is, after all. Expect to Russia at the absolute tippy top of the rating scale, with Canada inexplicably at the bottom and China somewhere in the middle of the pack because Donald kinda forgot about them in the last few months or so. 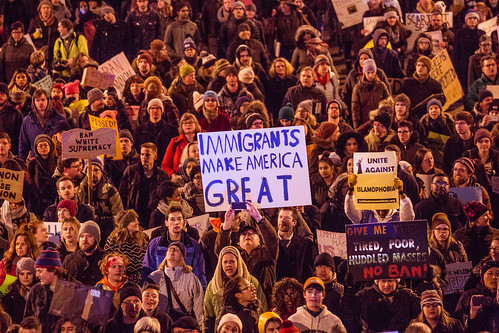 The citizens of countries that aren’t shitholes will be permitted to skip over the clubbing line. And surely rich immigrants will be permitted to skip the immigration process entirely, provided they’re willing to swear under oath and Trump is richer then they are. They might also get in if they butter Trump up with lies about how great a job he’s doing as president. Before you know it, Trump will have perjured proof that he’s the richest dude in the world and no one will be able to prove him wrong without his tax returns.

If you’re from one of the travel ban countries, you better watch out. Now that the Supreme Court has inexplicably siding with Trump’s transparently racist policy of banning citizens from many majority-Islamic countries, Trump has remember that he tried to do it in the first place. And now that it’s back on his front burner for like ten minutes, you can bet its gonna play a big role.

Enjoy your free cannon rides! It’s what we get instead of education of healthcare!

Trump Caves on Concentration Camps, But Everything Is Still Awful

Is The World No Longer Safe For Liars? Sarah Huckabee Sanders Ponders