Instagrammers Are Battling it Out to Have Their Picture Taken...

Being an Instagram influencer is commonplace in 2018. It’s a legit career and everything, but it isn’t as easy as it seems.

You have to find your niche then master several important factors, from your outfits, to your hashtags, to your “candid” selfie settings. So, it’s obvious that at some point, someone would turn Instagram backdrops into a luxury only the Insta-famous can get their hands on.

There’s now a mural in LA that only allows verified social media stars with a following of over 20,000 to be photographed in front of it. Found on Melrose Avenue in West Hollywood, the wall is hidden by a white sheet and protected by security guards. Ya know, in case any of us mere mortals felt like trying our luck.

The mural itself is of a heart adorned with a set of wings, decorated with “City of Angels,” “love,” and “art.”

There’s a new security-guarded mural in LA that only allows influencers and verifieds to take pics in front of it. pic.twitter.com/PDlLJ9C0DI

Since Vice journalist Justin Caffier posted an image of himself in front of the wall earlier today the mural has gone viral and prompted a backlash on social media, with people calling the stunt everything from “obnoxious” to “un-American.”

That’s not obnoxious at all.

Whereas some just aren’t a fan of the artwork

ITS NOT EVEN A GOOD MURAL

They could hire at least a good artist. This is a rip off and mish-mash of Banksy, Shepard Fairey and Colette Miller

A board next to the mural encourages users to tag the people behind the stunt, @likeandsubscribe, on their various social media accounts. At the time of writing, the Like and Subscribe Twitter account had only 8,198 followers, while there Instagram had only 1,059, meaning they don’t even qualify for their own promotion.

The only thing on the Instagram is a post saying “Coming 9th July,” which has led people to speculate the whole thing is part of a carefully planned marketing strategy that will unravel in the coming weeks. The mural itself is only available until 27th June. 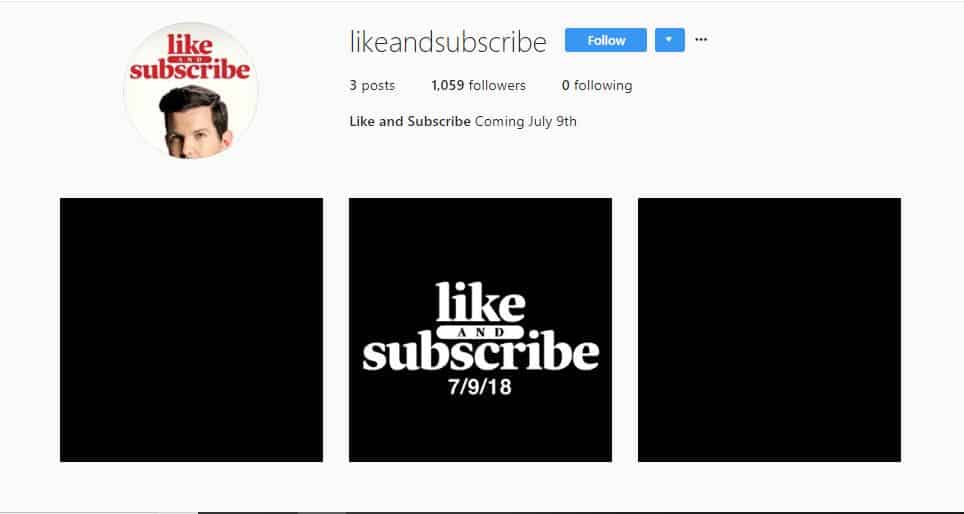 Taylor Lorenz, a writer who co-hosts the podcast Like and Subscribe, has already confirmed she’s not involved in the mysterious project.

She said: “I actually think this is hilarious and just such a perfect encapsulation of everything that’s wrong with today’s influencer culture. Influencers are already getting upgraded at hotels, free meals at restaurants, subsidised apartments in luxury buildings – why wouldn’t they get their own exclusive Instagram Playgrounds?”

Whether it turns out to be a PR stunt, or a sign of things to come, it’s certainly got people talking!

New Banksy Murals at the Barbican Explained on Instagram