13 Photos Of The First Lady She Doesn’t Want You...

Melania Trump might do her best to hide from the cameras these days, but that’s where she thrived during her youth. Her career as a model started long before she became First Lady, going back to her teen years in Soviet Slovenia. As you can imagine, some of the photos from her past are hardly flattering, and it’s likely that Melania would be perfectly happy if they were never seen again. Here’s a look of some photos the First Lady doesn’t want you to see.

It would appear that Melania did some catalog modeling back in the day, and she sure knew how to show off those jazz hands! While it’s hard to imagine that the adorable face in this picture grows up to be the First Lady of the United States, that’s likely because Ms. Trump has long since purchased a new face. Here’s to hoping that hair look never comes back in style.

Again with that hair! It’s hard to say exactly what Melania is modeling in this picture, but it looks like some kind of dance or gymnastics gear. She looks like she’s deep in thought, probably plotting to marry rich and become the leader of the most powerful country in the world. If she only knew what life would be like when all her dreams came true…

Same photoshoot, different pose. It’s still not clear exactly what she’s modeling, but there’s no doubt that she’s hiding a pair of jazz hands behind her head.

Before RBF was a natural yet accidental look, models would aim to achieve it in their pictures. Melania, unfortunately, created more of a stink face than anything else. At least her hair is relatively normal in this one. Why the hell are her pants unbuttoned though? Did she just leave the bathroom?

If you ever wondered what Melania would look like if she hadn’t had so much work done to her face, well this is probably the closest picture you’ll find. Even though she only looks like she’s in her early twenties here, it’s one of the last public photos where she has her natural face. She kind of resembles Kate Winslet a bit, am I right? 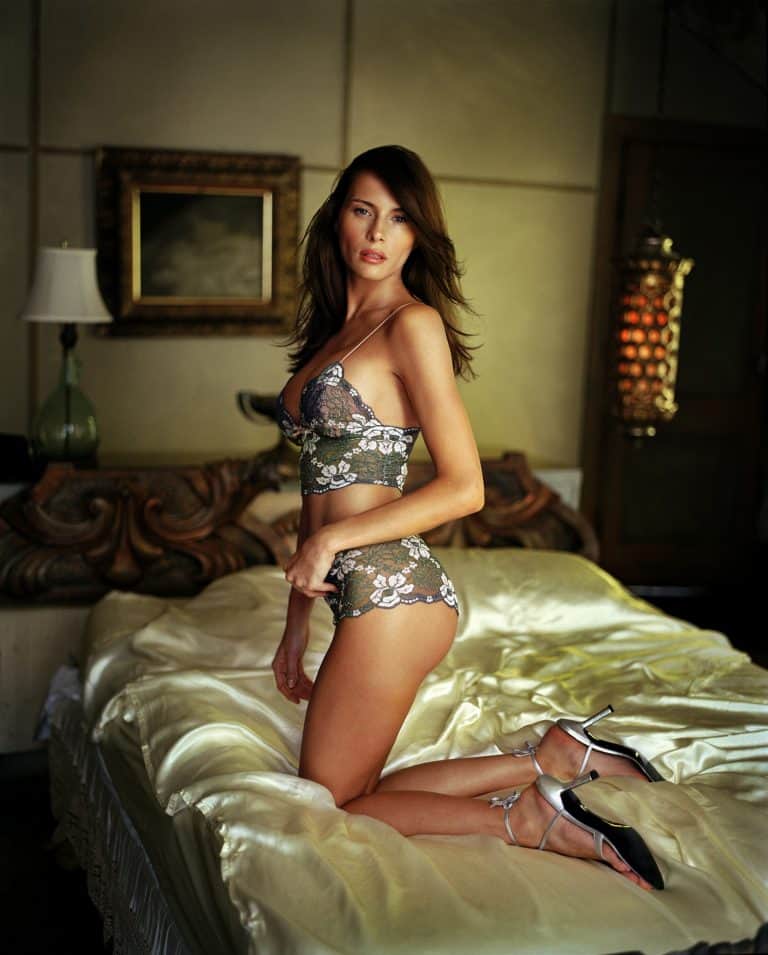 While she fails to resemble the Melania we have all become familiar with in this picture, she’s still slightly more recognizable. She’s also starting out on a path toward a more sexualized modeling career, as she never seems to wear clothes again in any of her photoshoots until Trump’s running for office. Compared to the other women Trump has bedded however, Melania has apparently kept it kind of PG. Well, PG-13.

Not long after Trump announced he’d be running for president, photos of a young Melania posing nude surfaced pretty much everywhere. The New York Post put her on the front page titled “The Ogle Office” which, I must admit, had me giggling. The pictures were originally published in a men’s magazine overseas, likely something similar to Maxim except a bit on the racier side. In the First Lady’s defense, breasts aren’t as oversexualized in other countries like they are here. So, umm, cultural differences?

Published in a men’s magazine over in France, Melania is depicted canoodling with another woman. Both seem to be completely naked, but by the time these pictures resurfaced that factor was old news. Of course, the conservatives spun this when it leaked saying that it might help Trump win votes from the LGBT community. More like the pervy old man community, but that’s just my opinion. 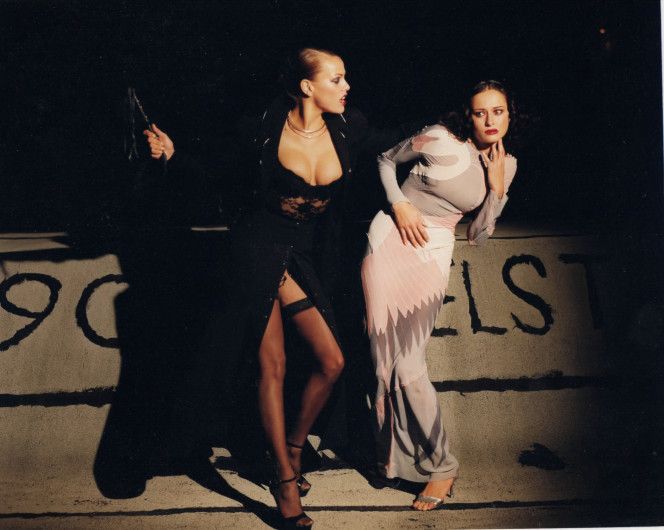 Back when Melania was Trump’s girlfriend, she did a photoshoot for GQ where she was literally naked on a plane. Perhaps they were trying to encourage people to join the mile high club. The magazine even advertised it as their “Naked Supermodel Special,” which probably helped them sell quite a few copies. This picture is quite modest compared to the original photos, but it was just more than I could handle.

This has got to be the moment Trump fell in love with Melania. It will go down in history books when future generations are studying the downfall of America. This will also be a photo they reference when discussing the “duck face” as it could otherwise be confusing as to why so many people were making strange faces into a camera for nearly a decade. Overall, this image is so James Bond. 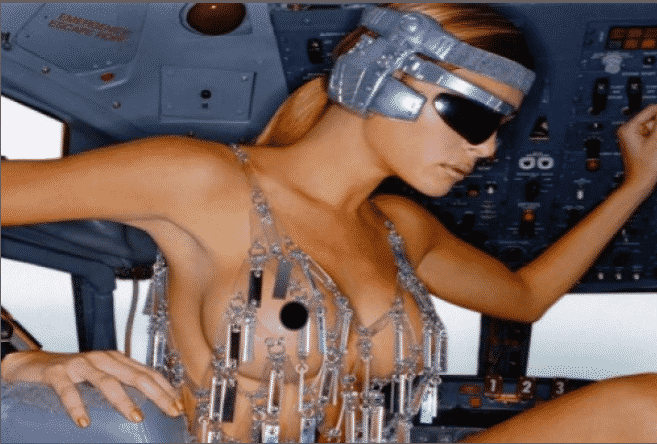 It would seem that Melania has a way of connecting with alien life by wearing that Star Trek inspired headgear. I’m going to assume her dress made out of a broken chandelier only helps with reception. Fortunately for us, this look never became a trend. Otherwise, it wouldn’t just be the hippie look of the ’70s that kids rag on the most. 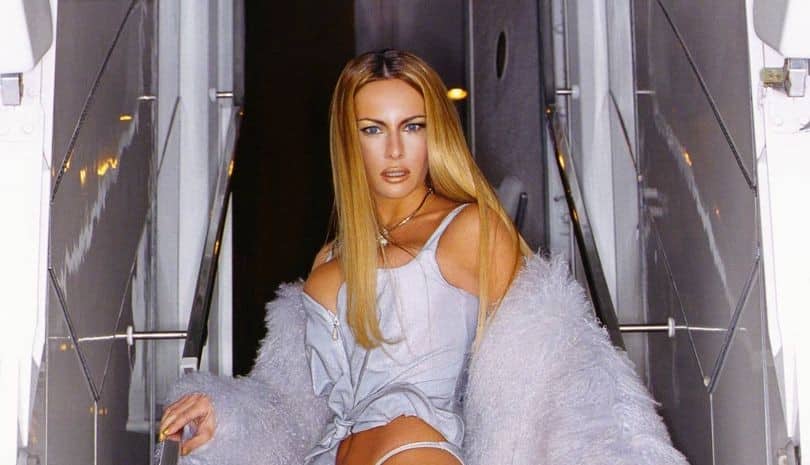 It looks like the resting bitch face look was still in progress when this photo was taken. Either that or alien eye were a thing for a short period of time. Likely she had too much botox that morning, and it gave her a permanent look of surprise for a few months. At least the Big Bird jacket she’s wearing mostly distracts from her face.

When Melania wore a jacket that read “I really don’t care” on the back of it on her way to see a group of immigrant children her husband is keeping locked in cages, she didn’t have any regrets. But she will soon enough. She might not see how this was done in bad taste just yet, but she will one day. Unless she’s just a heartless bitch that we’ve all been feeling sorry for all this time and we’ve been fools to think she has actual human emotions.