Stephen Miller is one of Trump’s foremost aides. And he’s responsible for some of the most controversial policy decisions the President has made thus far. However, Miller lurks in the shadows. For good reason, though. He burns in the sunlight.

As one of the only vampires in the White House staff, Miller accepts he must work twice as hard for half as much. That’s why he’s a champion for those whom society has cast aside. In particular: straight white males forced to hide their white supremacy. There’s no one more cruelly maligned, Miller knows.

And Miller’s been busy. With no humanly need to eat or sleep, he’s been one of Trump’s most efficient lackeys — and the most destructive. He was the architect of the Muslim ban, the unpopular edict during the earliest days of Trump’s presidency that would eventually be struck down multiple times in federal courts.

Most recently, he devised the “No Tolerance” policy alongside Attorney General Jeff Sessions. The policy saw that anyone attempting to cross the border would be detained and prosecuted — whether seeking asylum or otherwise. Because it is illegal to put children in jail, however, this change in policy resulted in the family separation that ignited widespread outrage. Audio of crying children and images of children in cages dominated news headlines and social media for days. Quickly, the administration scrambled to control the situation.

Miller, who rather enjoyed the audio of crying children, had a hard time understanding the outrage. Particularly when it came to cages.

“Doesn’t everyone sleep in a cage?” he asked, bewildered.

No one knows when Stephen Miller was bit by a vampire. Was it when he was a child, dipping his hands in glue? Was during high school, perhaps just before writing an op-ed to the school paper complaining about the use of Spanish in administrative announcements and wondering if that contributed to the lack of Hispanic students in his honors classes?

Perhaps it was just after he “jumped into the final stretch of a girls’ track meet” in order to prove that men are faster than women who have already run 90% of a race.

In fact, it hardly matters when Miller was bitten, as his lifestyle overall changed very little following the transformation. Though vampires typically sleep in coffins, Miller prefers to retain the cage he has slept in his whole life. 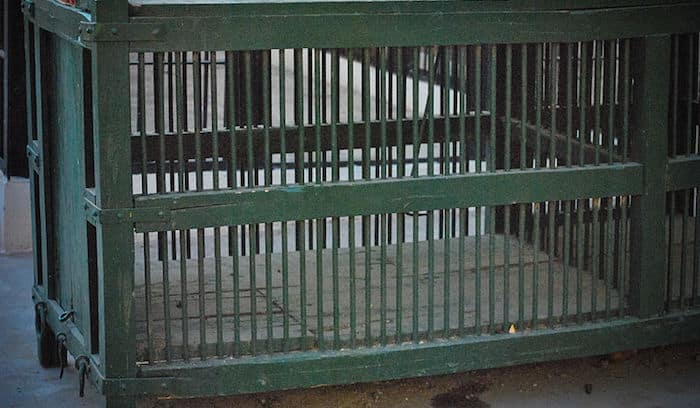 “Even though I’m a vampire, I value my humanity,” Miller commented. “I want to sleep in a cage like every other human in the world.”

As a lifelong provocateur, Miller expected backlash from his “Zero Tolerance” policy. He relished it, even, as it was largely the entire point. After all, family separation was meant to act as a deterrent, so the more widespread the outcry, the more effective the new policy would be. Thus, less non-white immigrants: which makes Miller happy. In addition to racist motivation, his deathly pale vampiric skin blends in better with a solidly white majority.

Just Following Orders, That We Made

Miller first rose to national prominence as a student at Duke University, after writing columns defending and supporting the lacrosse players indicted for first-degree rape, sexual assault, and kidnapping of two black strippers (largely motivated by the women’s races). He would soon appear on Fox News and CNN to espouse his far-right views. Then, he joined the teams of various right-wing members of Congress, and eventually Donald Trump.

When a judge struck down Miller’s first White House project, the Muslim ban, Miller returned to TV. He demonstrated some of the earliest authoritarian tendencies of the administration.

“Our opponents, the media and the whole world, will soon see,” he said, “as we begin to take further actions, that the powers of the president to protect our country are very substantial and will not be questioned.”

After his statement incited anger, Miller scoffed, “Geez, did you guys wake up on the wrong side of the cage this morning?”

But the trajectory toward detention centers was obvious, even then.

Critics of the child detention centers quickly drew comparison to Nazi concentration camps and the American internment camps for those with Japanese background during WWII.

The president’s defenders were just as quick to deny. The ICE Director himself joined Tucker Carlson’s show to defend their actions.

“I think it’s an insult to the brave men and women of the border patrol and ICE to call law enforcement officers Nazis. They are simply enforcing laws enacted by Congress.” Of course, in doing so, he evoked the same defense as those Nazi officers who claimed they were just following orders.

“The Nazi comparisons are ridiculous,” Miller said. “Put the issue to cage.”

As polls indicate support of immigration swells to record highs (75%), the President hastens to dehumanize them, calling them “animals,” and attributing immigration to an infestation and invasion.

But the ironic thing is: the non-human is on his own staff, orchestrating the hysteria. 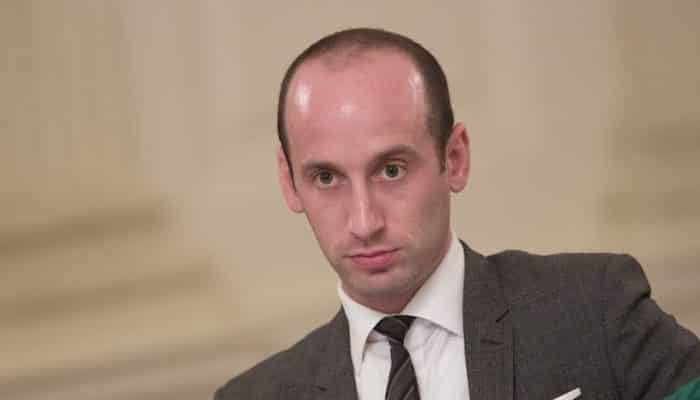 Meanwhile, Stephen Miller revels in the disarray. He even enjoyed a night out at at Mexican restaurant (though, not without a fellow patron approaching him to call him a fascist). Unfortunately for the vampiric White House aide, however, Miller misinterpreted the term “Mexican restaurant,” thinking it served people of Mexican descent, rather than ordinary food inspired by their cuisine. He would have to find human blood elsewhere, and return to his cage hungry.

Distraught by the grossly inhumane treatment of immigrants and children, many feel emboldened to speak out. After all, we don’t even know the worst of it. So far, the administration has mostly released photos and information of the teenage boys being kept in detention centers. Where are the girls, the babies, and the young children?

Another face of the separation policy, Kirstjen Nielsen, similarly decided to dine at a Mexican restaurant. Hecklers disrupted her meal, chanting “Shame!” and “If they don’t eat, you don’t eat!” Others blasted audio outside her house of the crying detained children.

A restaurant in Virginia ejected Press Secretary Sarah Huckabee Sanders, who thus far has unsuccessfully attempted to avoid speaking on behalf of the policy. The restaurant’s owner cited a moral obligation.

When it comes to Stephen Miller, the racist vampire largely responsible for so much suffering over the past year and a half, one patron of the Mexican restaurant had a question.

“After all you’ve done, how do you look at yourself in the mirror?” she asked.

With unblinking, undead eyes, Miller shrugged. “I don’t,” he said. 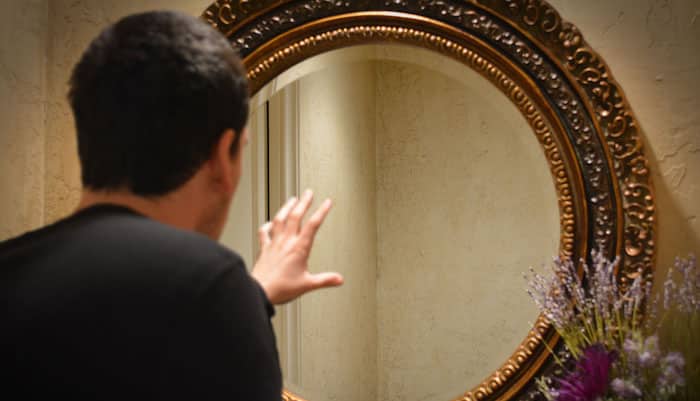