7 Photos That Show No One Can Take A Joke...

Everyone is so sensitive these days, and even the simplest joke can set off an army of oversensitive reactions that are honestly a major buzz kill. People are losing their jobs, reputations are being destroyed, and lives are being ruined all because we’ve lost our sense of humor. These photos show that no one can take a joke anymore.

1. When This Man Got Fired For Doing His Job 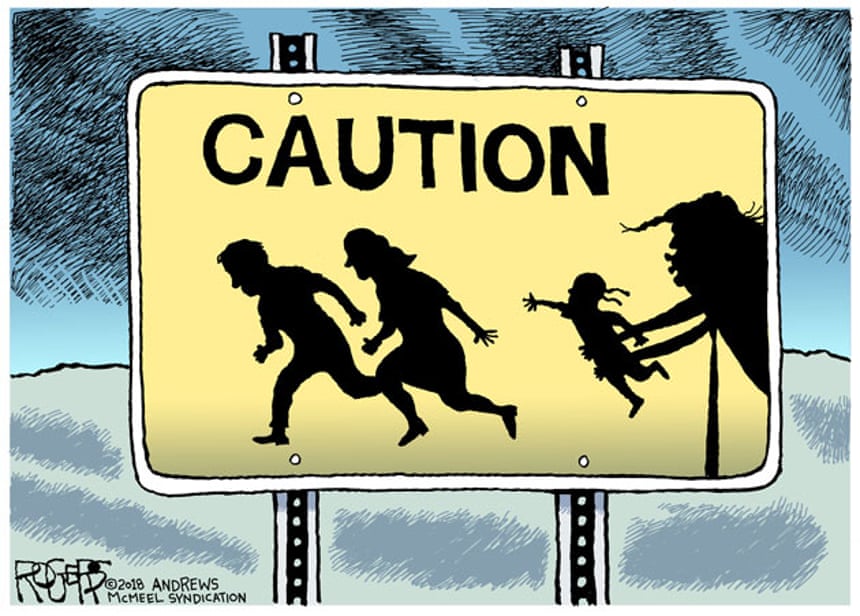 Cartoonist Rob Rogers was working for the Pittsburgh Post-Gazette making fun on Trump idiocy for years before the publication decided that they’d no longer be publishing such liberal opinions. This meant that Rogers would have to change his tune about the president or move on. Ultimately, Rogers was fired for not playing along, and the above cartoon was the one that broke the camel’s back as they say. The cartoonist who likely has no trouble finding work these days has voiced that this is the time for the press to speak out against these kinds of government practices and that the free press should be celebrated, not punished for doing their job.

2. When Amy Schumer Has To Explain Comedy 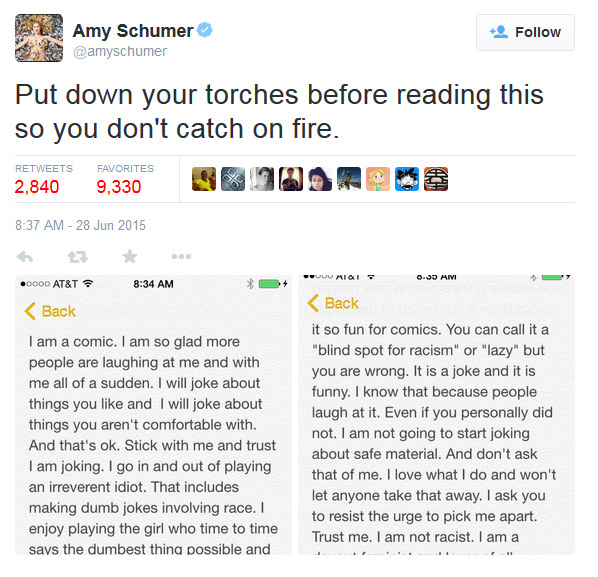 So, some of Amy Schumer’s jokes talk about race. It seems to be part of the personality she has created for some of her skits, at least according to her lengthy explanation. Making offensive jokes is kind of her job, and she’s certainly not the only comedian talking about controversial subjects. Yet, she has felt the need to explain what comedy is to us. Our sense of humor has become so muddled that we can’t even tell the difference between a comedic performance and true racism. Comedians might use their own names on stage, but they’re still actors who are just trying to get a chuckle out of their audience.

3. When Trump Couldn’t Take A Joke

When comedian Michelle Wolf was set to perform at the White House Correspondents dinner, Trump couldn’t take the precious time out of his busy day pretending to rule the world to make an appearance. He feared Wolf’s jokes so much that he didn’t even show up to hear them. Fortunately, there were plenty of other government officials there for her to roast such as Sarah Huckabee Sanders who Wolf compared to Aunt Lydia of The Handmaid’s Tale, Kellyanne Conway who she hoped would get stuck under a tree in the woods, and Mike Pence who she referred to as a weirdo.

4. When Anderson Cooper Felt The Need To Apologize

On his CNN show, Anderson Cooper had a back-and-forth with known conservative Jeffrey Lord about the one and only topic of conversation these days: Trump. Cooper hilariously poked fun at Lord’s constant efforts to protect the president by saying, “If he took a dump on his desk, you would defend him.” It’s probably the funniest thing anyone has ever said to a Trump supporter…ever, but since no one can take a joke these days, Cooper faced the backlash. He even felt the need to try and explain his joke, claiming it was about dumping documents on his desk, not actual feces. It was funnier when it was about Trump’s poop. Cooper was eventually pressured into making an apology, but that doesn’t mean you can’t use his words against a Trump supporter in the future!

5. When Samantha Bee Got Crap For Using A Word She’s Used Hundreds Of Times 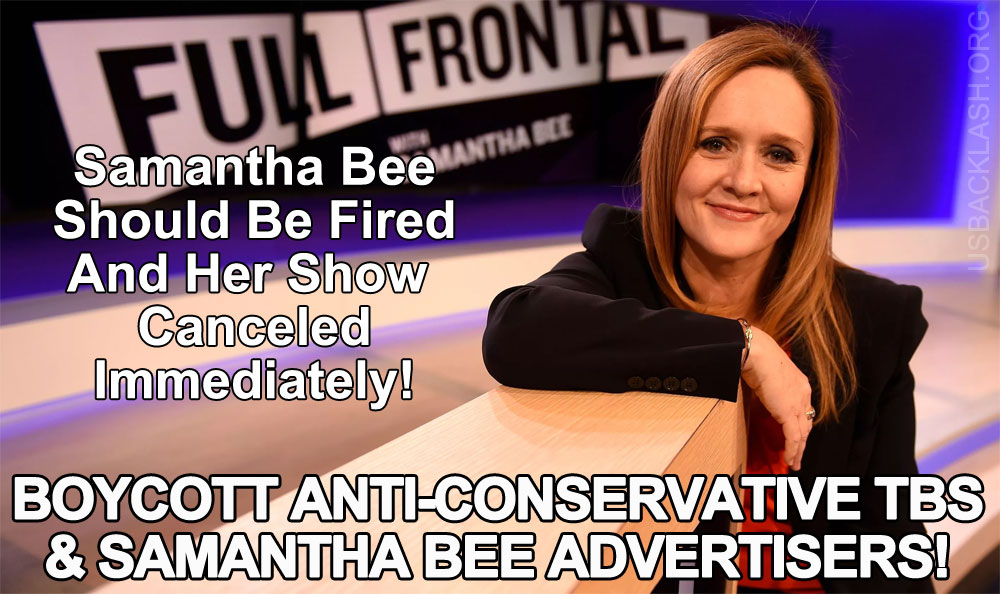 We’ve all seen the clip where Samantha Bee called Ivanka Trump a feckless c*nt, but if you’ve ever seen her show before, then you’d know that she has used the word many times before. So, to demand that the show gets canceled is rash, to say the least. Her words might have been harsh, but they were in response to the fact that instead of doing something to stop immigrant children from being taken away from their parents, she occupied her time posting photos online of her with her own child. As the president’s daughter and advisor, Ivanka should have known better and been more sensitive to the thousands of men and women who are having their children ripped from their arms. And that’s the very least she could do. Instead of the public paying attention to the tragedy Samantha Bee was talking about, they chose to fixate on two words that they didn’t agree with, one which their own president has been carelessly throwing around for decades.

6. When The President Uses His Kid To Make You Feel Guilty 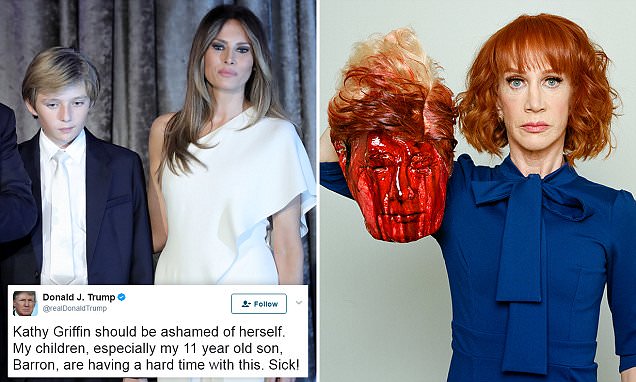 When Kathy Griffin collaborated with photographer Tyler Shields, they came up with a number of photo concepts where Griffin was given the opportunity to poke fun at the president. It was intended to be a comedic piece of art, but when the final photos were released, no one could take their focus off this one in particular. Even though the decapitated head looks more like a blonde Kim Jong-Un than Trump, the world threw a fit. Freedom of speech was thrown out the window, and Griffin found herself blacklisted from the few Hollywood events she was still being invited to. Anyone else would have just brushed something like this off, but Trump turned it into a huge deal, even bringing his son Barron into it. He used his son to guilt Griffin into an apology and to earn sympathy from the public. Now that’s “sick!”

7. When Trump Lashes Out After He’s Criticized 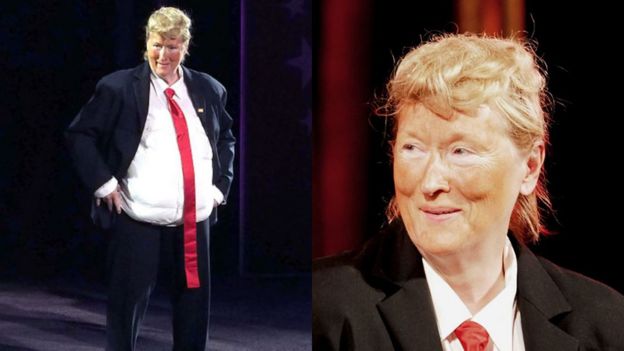 Trump has certainly become a leader, just not so much the kind that leads the free world. He’s more like the leader of oversensitivity and has accumulated more followers than that Bieber kid. So, when celebrities like Meryl Streep decide to roast him by doing some Trump cosplay or by giving a speech in front of all of Hollywood’s A-listers as well as millions of TV viewers, he likes to throw a fit. People have been roasting presidents and their families since the dawn of time yet somehow Donald Trump feels like he should be off limits. The exception. Because god forbid his ego is chipped down to normal size and his big head can actually fit through doors on occasion.