by Kevin R 4 years ago4 months ago

Life’s hard on the border for Chris the Customs and Border Patrol agent. He works long hours that are often thankless. The sun’s hot, and he doesn’t often drink as much water as he would like to. And he’s not getting that many matches on Tinder.

Despite a particularly sexy profile picture of himself holding the enormous bass he caught in the gulf last summer, Chris has struggled to successfully match with more than a small handful of women on the dating app. And among those who did swipe right, only a fraction continued to message him past his opening line (“Hey.”).

That’s why Chris decided to mix things up. Because if there’s one thing Chris knows women can’t resist, it’s the magnetic pull of their maternal instincts.

So Chris is going to include that he works with kids in his Tinder bio — a relatively new development, if truth be told, but true nonetheless. Lately, he’s been put in charge of monitoring the kids in the cages. You know, the ones who have been separated from their parents as they seek asylum? It’s a difficult job, Chris feels, owing to how much he has to listen to kids shrieking all the time, but someone’s got to do it.

It did work. A couple days later, Chris matched with a woman 35 miles away.

“What do you do when you work with kids?” the woman wanted to know. 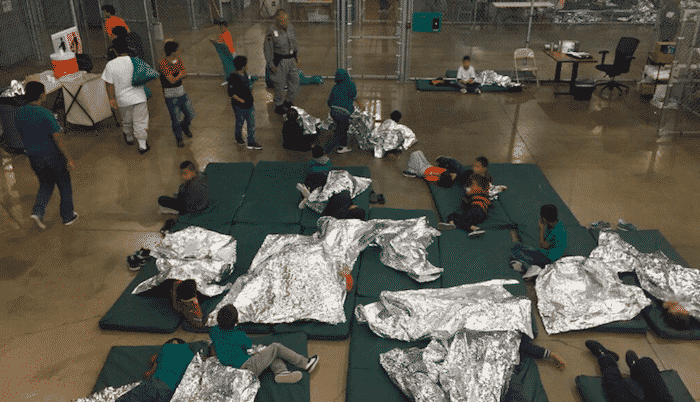 Remembering Laura Ingraham’s statement the other night on Fox News, Chris told the woman that he worked “basically at a summer camp. Or, like, a boarding school.”

As a fanatic Harry Potter fan, the woman was very interested in learning about the boarding school Chris worked at.

“Do the students live in dormitories with four poster beds? Is there a great hall where they get to eat feasts? Is there a giant lake outside, and a grand moving staircase?” she joked.

Chris hesitated. Er, no, this boarding school wasn’t quite like that.

She wanted to know more about it, then, as she had always wanted to go to boarding school herself and didn’t know what they were like in real life.

“What ages are the students?” she asked.

“Yeah, that range is accounted for, yeah.” 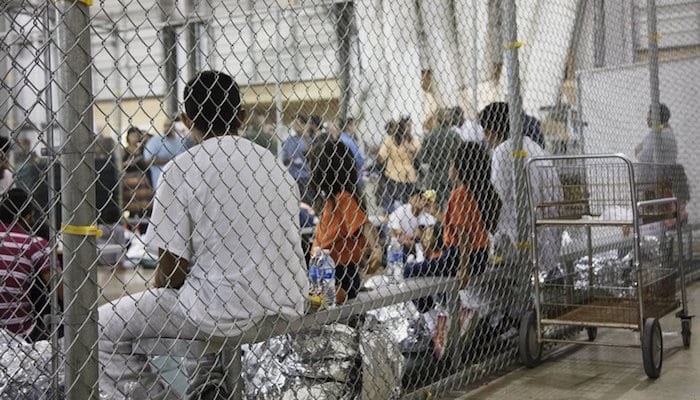 “Do you live at the boarding school, too?”

“Oh, no,” said Chris, laughing at his phone but refraining to include a “LOL.” Chris cringed at the thought of sharing space with those kids on the concrete floor, staring up at the tops of their metal cages. Uselessly lying atop his body, a foil blanket. Crumpled in a ball next to him: an empty bag of chips.

Though Chris didn’t do much to answer any of the questions she had asked already, the woman was happy to move onto her next line of inquiry: What was it about working with kids that Chris loved most?

Chris thought about the childrens’ screams of “Mami” and “Papá” over and over again, all day long.

Or that 6 year old girl he had to tell repeatedly, No, he would not call her aunt, and it didn’t matter how many times she yelled out the phone number.

“My mommy says that I’ll go with my aunt,” the girl had cried, “and that she’ll come to pick me up there as quickly as possible.”

And he definitely shouldn’t tell her about the ten-year-old with Down Syndrome, separated from her mother.

In response to the woman on Tinder, Chris wrote “The thing I love most about working with kids is that they say the darnedest things.”

It didn’t take long for the woman to ghost Chris.

Statue Of Liberty Who?

He rolled his eyes. Typical.

Typically overdramatic woman. It’s not like he works at the tender age shelter, or anything.

A woman has a great, nice guy right in front of her, and she’d rather go for some jerk. No doubt she had been talking with tons of guys on the app at the same time.

With no social life to account for, Chris has been spending a lot of time online, especially since the internment camps — er, summer camps — blew up in the media. 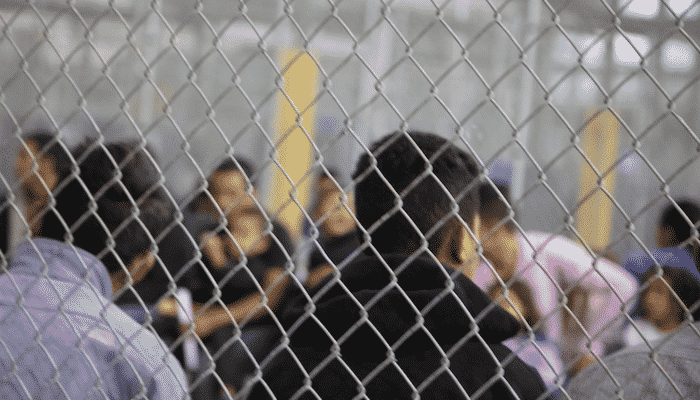 And he sees a lot of comments suggesting terrible things be done to the kids. Things that, Chris feels, would turn a summer camp into a concentration camp.

But Chris doesn’t feel that way. He’s just doing his job; and his job is to enforce the law.

He doesn’t want the kids to suffer, but maybe the parents should have thought about that before they came here illegally. If they didn’t want their kids to be taken from them, they probably shouldn’t have committed a crime that’s a misdemeanor.

And even though seeking asylum isn’t a crime at all — that’s not a valid excuse, Chris laughs, because Attorney General Jeff Sessions ruled that the US would not grant asylum to anyone escaping gang violence or domestic abuse. Even if you’ve lost your eye.

What MAGA Stands For

Chris doesn’t understand what all the uproar is about. It makes Chris happy to see carefully laid plans come into fruition. This is what they voted for, isn’t it?

This is a Trump policy, with meeting notes indicating it’s been in the works since the beginning of Trump’s presidency.

Chris doesn’t understand why everyone’s trying to say it’s all the Democrats’ doing. Even Trump himself has been saying that (though, admittedly, contradicting himself just as quickly). Why give Democrats the credit? It’s not a law. It’s new executive policy! And Chris’s ears may still be ringing from the sound of caged, screaming children, but even he’s not deaf to the truth. This is 100% Trump.

Like Trump said, they’re fighting against an infestation. This is what MAGA was all about!

Now, if only he could find a beautiful woman to live alongside him, riding toward the American dream.