People Are Bidding Thousands Online For This One Dorito

Snack and Jurassic Park fans alike are going crazy for this dino-sized dorito. The nacho-cheese flavoured chip has been created in partnership with Jurassic World: Fallen Kingdom, the latest film in the franchise, and fans are bidding thousands online for the chance to sink their teeth into it.

The dorito, which measures one ft in diameter, is currently up for auction on eBay, so feel free to bid if you have a load of cash and an appetite to rival a T-Rex. The pairing of the film franchise and the tortilla chip brand may seem like a strange one, but the profits all go towards the disaster relief efforts of the American Red Cross of Hawaii, where both Jurassic World movies were filmed. 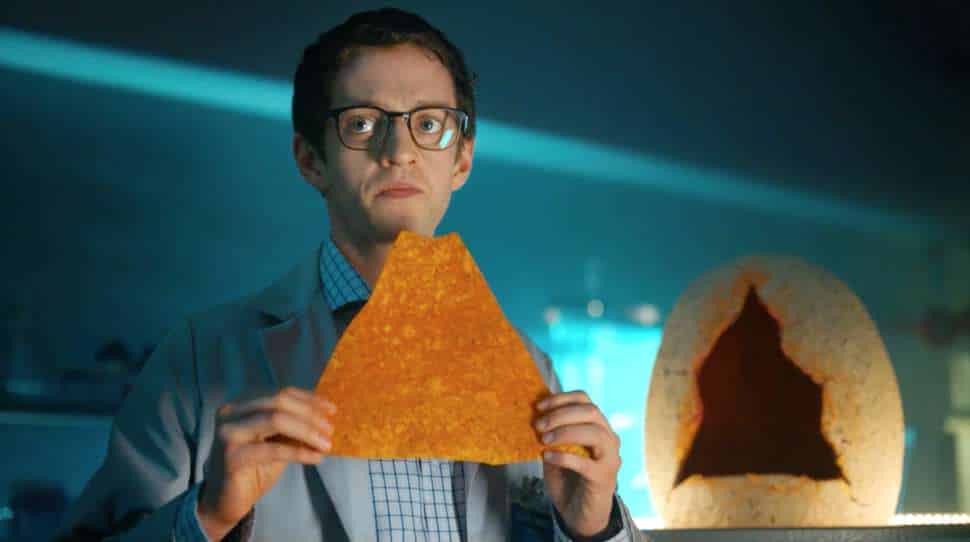 Even better, the huge chip comes in a dinosaur egg, which the winner will have to hatch to get to the cheesy centre. It will also be shipped in a metal case like the one’s used in the Jurassic World films.

And if this whole promotion couldn’t be any more perfect, actor B.D. Wong has reprised his role as Dr. Henry Wu for the prize’s hilarious lab-based trailer, in which he mutters “I was right. The Doritos and dinosaur DNA are completely integrated.”

Jurassic Doritos are here! Bid at JurassicDoritos.com, and the entire winning bid will go to the Red Cross to help people affected by the volcanic events in Hawaii.

Be right back, just putting in our bid.