Jason Momoa Helped a Fan Troll Her Jealous Husband and...

Ever since his turn as Khal Drago in Season One of Game of Thrones, Jason Momoa has become one hell of a sex symbol. So, it’s no surprise that Reddit user twoforjoy wanted a snap alone with the hot horse lord at Denver Comic Con.

However, her husband wasn’t comfortable with the idea of the actor’s rippling muscles around his wife’s shoulders, even for a quick photograph, and insisted that he be included.

“I told my husband I wanted a picture alone with Jason Momoa,” she posted to the site, “but he wasn’t comfortable with that.”

Well, it looks Drogo has no time for jealous men, and came up with a truly heroic solution. 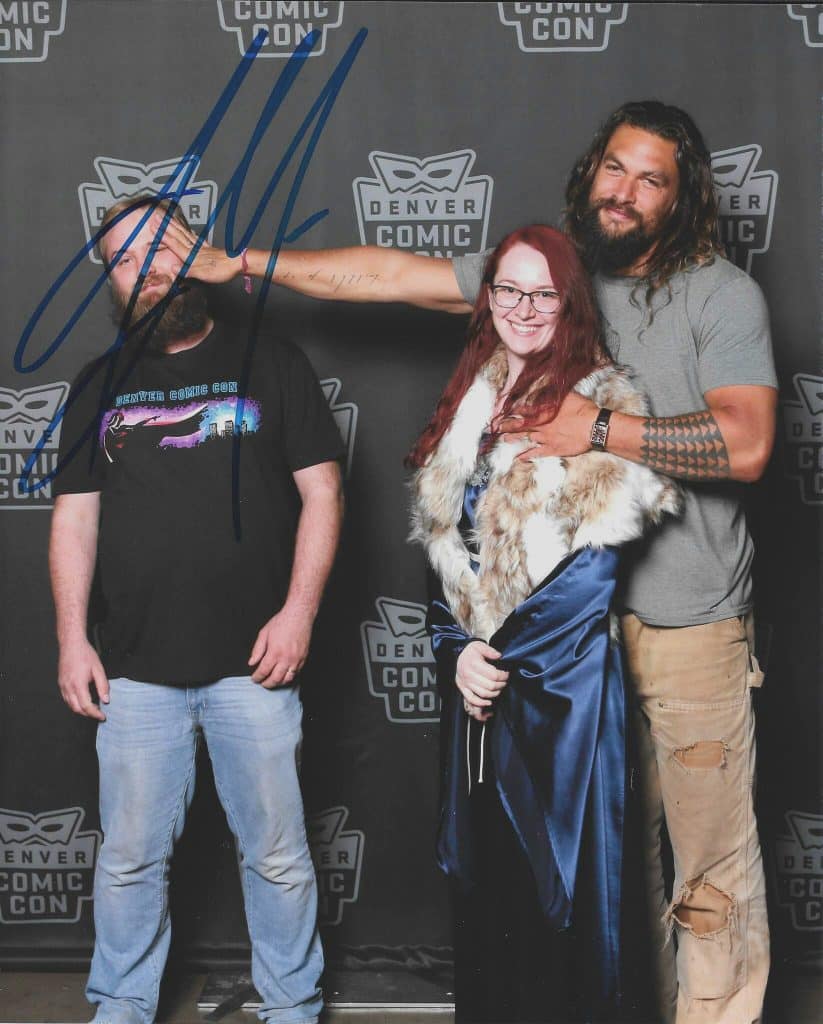 Not only did the actor push the guy out of the way for picture, he also signed his name right over the dude’s face in the print off. Cruel, but hilarious.

Apparently, Momoa was a fan of how it turned out too. Twoforjoy explained: “He was all about it. When he saw the print-out to sign it, he said, “This is fucking amazing.”

Another fan believed it was the husband’s plan all along, with ProSnootBooper suggesting: “He just wanted Jason Momoa to touch his face. Checkmate.”

Whereas fellow Reddit user KJPMI is planning a trip to Momoa’s next Comic Con appearance as a result, commenting: “So you’re telling me I can go to one of these things and pay for Jason Momoa to hold me like that? Sign. Me. Up.”

This is seriously the best fan photo ever.