With so many immigrant children being held in detention centers these days, it’s no surprise that overcrowding has become a significant issue making them seem more like prisons. Actually, these days you’re better off being in prison than any of these detention centers as they’re starting to resemble photos from World War II, specifically the ones from concentration camps. Prisoners around the United States are living large in comparison, yet Republicans just use their pain to further promote the building of the wall and end illegal immigration. Here’s a look at the proof that prisoners are living better lives than detained child immigrants.

These Children Don’t Get To Choose Their Wall Decor The walls of several child detention centers are covered in murals of the future dictator of America, Donald Trump as well as other U.S. presidents. Imagine being separated from your parents, incarcerated, and stuffed into cages with a ton of other kids only to have to see the ugly mug of the man who did that to you on practically every wall. Nothing like rubbing it in! At least in most prisons, the walls can be decorated with photos, posters, and inspiring quotes by the prisoners themselves. Likely these kids don’t have enough space to claim their own area of a wall so they can put up an old family photo. And could they have chosen a worse quote to stick in a child’s detainment center? “Sometimes by losing a battle you find a new way to win the war.” Can these kids even relate to that? I think not. Even worse, a mural of Obama has a quote next to it that says, “My fellow Americans, we are and always will be a nation of immigrants. We were strangers once, too.” A nation of immigrants perhaps, but only as long as they’re kept in cages. They should have thrown up some murals of Sesame Street and Mickey Mouse and called it a day. 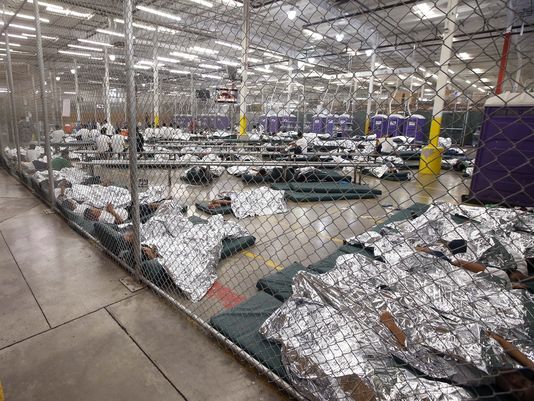 Prisoners might not get the best mattresses these days, but they certainly get something better than these yoga mat looking things to lay on. Also, prison cells are full of bunk beds while these kids are all sleeping on the floor. To further degrade them, these kids are given foil blankets, making them all look like a bunch of baked potatoes. Then they’re locked in cages and forced to sleep next to a bunch of porta-potties. At least prisoners have toilets that flush. And that’s just the beginning of their poor treatment.

Cages Are Being Over-Filled 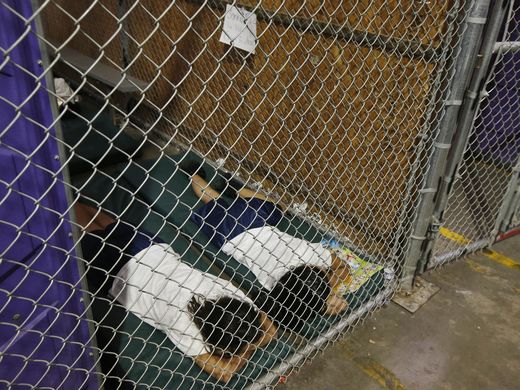 These immigrant detention centers that children are being kept in are beyond capacity these days, forcing them to overfill cages. Kids are hardly able to get a proper education, having to take classes in shifts inside crowded rooms and only getting a breath of fresh air for an hour or two a day. While there aren’t reports on the quality of education going on, we can assume based on their learning environment alone that it’s not great. There are no mental health professionals available to assist these kids with the trauma they’re experiencing, and suicide attempts are far from uncommon. They can’t hug each other or share their food. Even their phone calls are regulated and limited to just one or two per week. Aren’t American prisoners given phone time every day? Not that these kids likely have anyone to call since their parents are also being detained somewhere.

Food Is About As Bad As It Is In Prison 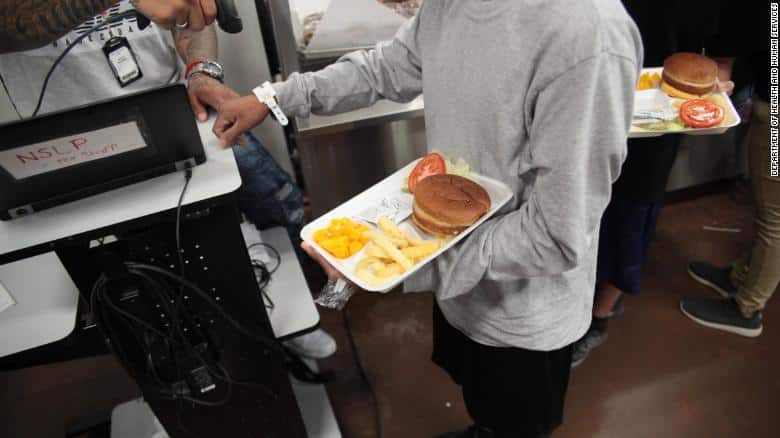 Reports on what kind of food these kids are getting have varied greatly. There’s obviously no standardization going on, and kids are either getting bread and an apple for their meals, or some kind of cafeteria style dish. One kid described the food as, “… a bit of bread, a nasty egg and some beans and an apple and some milk.” Investigators at another detention center found that the food that was being served as well as in the kitchen was moldy and spoiled, possibly making it unsafe to consume. Other immigration centers have been accessed of simply having an inadequate amount of food for the prisoners or detainees, or whatever they’re calling them these days other than humans and children. 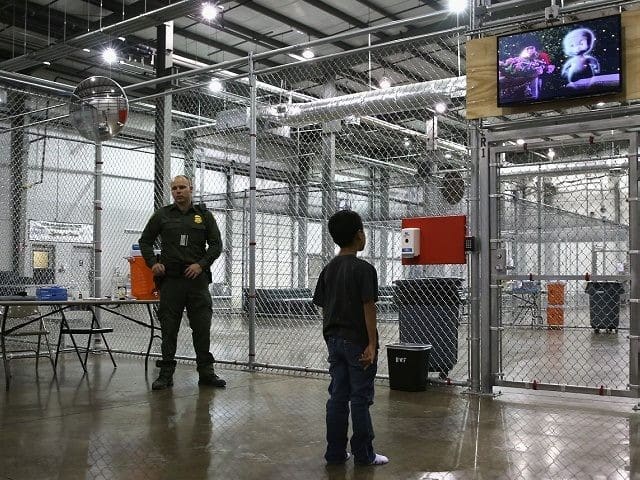 Like they do in most prisons, the kids also get movie nights where they’re able to watch some of the classics like Casper which is shown here or some of the newer movies like Moana. Unlike prison, however, these kids aren’t given a comfortable place to sit and relax. There are no couches or sofas. Most of the seating areas are hard benches or those hard plastic chairs that were painful to even look at back in elementary school. Likely, that’s why the kid shown in this photograph is standing. After months of sitting on floors and benches, standing to watch a movie is probably much more comfortable. Meanwhile, those who sit in prison found guilty of rape and murder are sitting on a couch flipping channels and arguing over the remote control like most of us do at home with our families. These kids did nothing wrong, there’s no reason why they should be treated like this.

Families Are Tricked Into Separating 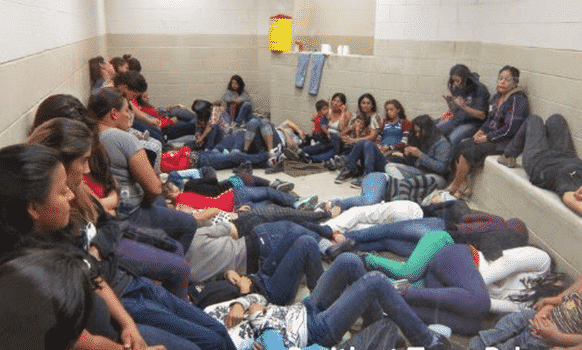 It would seem that ripping children out of their mother’s arms was getting old, and they decided to get more creative with the process. One of their common methods is to tell mothers that their children are being taken to be bathed. Then, after a half hour or so, when the concerned mother asks where her child is, they inform her that the kid has been transferred to another immigration detention center where they won’t be able to see them again any time soon. Sound familiar? Well, if you paid attention during history class it should. This is a similar method used during World War II when children were being separated from their parents and men from the women. Sometimes they’d be going to the showers. Sometimes the gas chambers. How long do we sit around waiting for history to repeat itself?