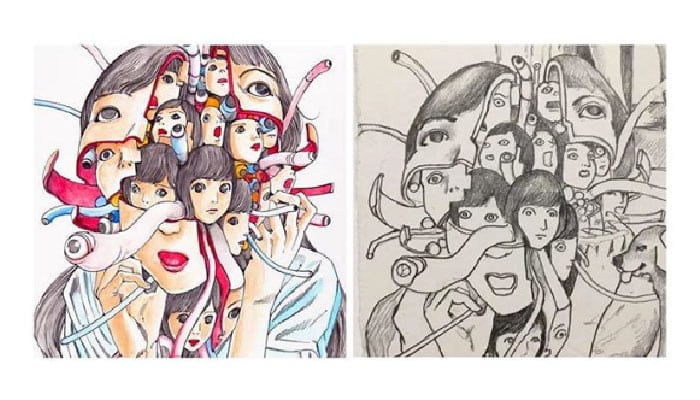 Anyone whose ever has their artwork plagiarised will tell you that it sucks, especially if it’s by a big brand (Zara, we’re looking at you) or someone more famous than you. But thanks to this Instagram account, artists are getting some kind of justice.

The vigilante Instagram account @whos____who is shaming “artists” who steal the ideas of other creatives, with some side by side shots of the conspicuously similar works for comparison.

The images are captioned solely with the artist’s Insta handles that link back to their accounts, allowing the account’s 22.5k followers to make their own decisions about which piece is the original.

A recent example includes Josh Smith’s paintings of watermelons, which are not only eerily similar to the work of African American artist Mose Tolliver, but could also be considered cultural appropriation.

And there is plenty of debate going on in the comments from followers on a range of images, with topics varying from Friedrich Nietzsche and false equivalences, to whether or not many of the pieces included can really count as plagiarism.

Some, such as user _pppannn_, believe some featured images may even be better than the original artworks.

While others pointed out that some pieces, such as Devin Troy’s paintings, were tribute pieces rather than rip offs.

Still, some of the similarities are undeniable