It Turns Out That Charlie Chaplin Was the OG Distracted...

Unless you’ve been avoiding the internet for the past year, you’ll have laid your eyes on the “distracted boyfriend” meme. You know the one. It shows a couple strolling along together, with the boyfriend obviously distracted by a hot lady walking by and the girlfriend looking very unimpressed with the situation.

As well as showing how ridiculous stock photos are, the meme has become iconic because it has so many uses, making it 2018’s Sad Kermit or Bad Luck Brian. 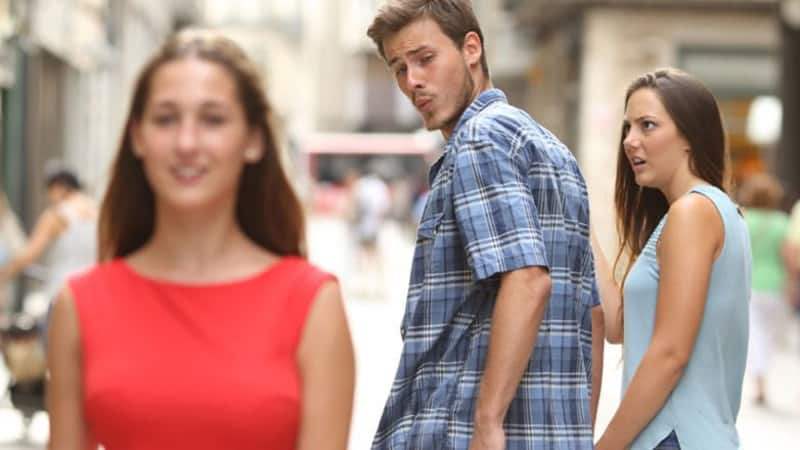 However, the meme might not be as innovative as the internet would have us believe, as it turns out Charlie Chaplin gave us the original “distracted boyfriend” all the way back in 1922.

While starring in silent film Pay Day, Chaplin’s character is caught perving on another woman by his wife, just like in the meme we know and love today. The scene occurs roughly 9 minutes and 20 seconds in, but obviously as memes weren’t a thing at the time, Chaplin hasn’t been credited for it until now.

The discovery that Chaplin was the first distracted boyfriend is thanks to film writer Pete Goldberg, who tweeted a screenshot from the movie over the weekend.

I’m very sorry for this, but… pic.twitter.com/iewtkmUmkG

Maybe something along these lines.. pic.twitter.com/c5LewVAZv0

TIL: The distracted boyfriend meme is actually older than the internet, and that almost a century later, men still haven’t stopped staring at other women in front of their girlfriends.

The Only People Still Working At The White House Are Trump And Brittany, A Meme-Making Intern