Paulette Jordan is the Most Terrifying Democratic Nominee in the...

by Justin Andress 5 years ago8 months ago

On Wednesday, May 15, a tremor of fear rippled through the Idaho Republican party as veteran legislator Paulette Jordan beat out some bland septuagenarian to secure the state’s Democratic nomination for governor. Should she win the statehouse, the 38-year-old Jordan would make history as both Idaho’s first female governor and the nation’s first Native American governor. However, those distinctions aren’t what make the leader such a threat to a state that went solidly Trump in 2016.

Jordan is a staunch liberal sprouting up in the middle of the conservative heartland. She’s got big ideas, an indomitable spirit, and a clear-cut plan for success in Idaho. That’s a combination that could find the state’s entrenched Republicans running for the hills.

Jordan is getting acclaim from outlets across the country. She’s a rockstar in Idaho’s academic and urban environments (both of them). Not even an endorsement from Cher could dampen her momentum.

I Met & Talked With Paulette At LAS VEGAS WOMENS RALLY.I Believe The PPL Of IDAHO Would Be WELL SERVED With Paulette Jordan As Their Governor.She is a thoughtful, Caring,Intelligent,Woman,Who Would Work TIRELESSLY 2 BENEFIT”ALL THE PPL”Of IDAHO❤️

Trouble is brewing for conservatives in the heartland, and Paulette Jordan is the face of their problems.

From an early age, working seven days a week in her aunt’s coffee shop, Paulette Jordan seemed destination for a leadership role. The rural Idaho woman descended from a long line of chiefs and leaders in the Coeur d’Alene tribe. Her upbringing saw the young woman spend hours in the countryside, learning to appreciate the rural beauty of Idaho (apparently it has some) and the historical past that came with her ancestry.

The result is a take-charge lady who says badass stuff like, “I’ve actually had some very powerful men in my life who said, ‘You’re never to think of yourself as either a man or a woman. You’re always to think of yourself as a leader. That’s just the way it is.’ I was raised to be in the front, having the courage from the onset and always willing to take the arrows.” 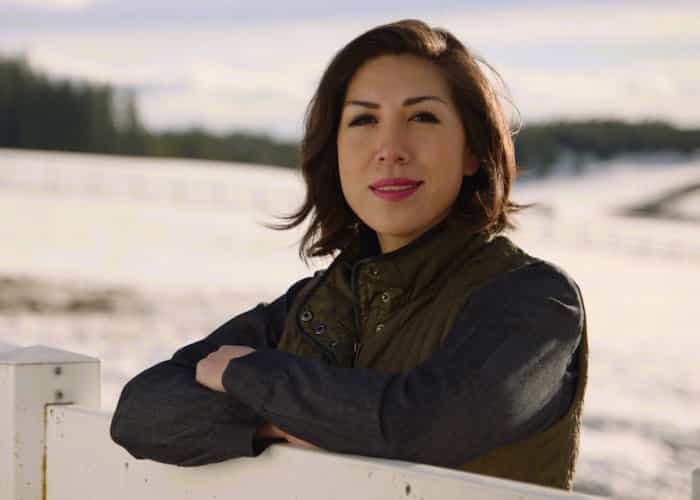 In 2008, she made good on that leadership thinkery, becoming the youngest ever member of the Coeur d’Alene tribal council. In 2014, she won a position as state representative, and in 2016, she became the only Democrat in northern Idaho to keep he job (https://www.vox.com/2018/5/16/17357906/idaho-governor-results-paulette-jordan-democratic-primary) when the Trump train rolled through.

Wait, So How Republican is Idaho?

Okay, before we get to the reasons Paulette Jordan is a formidable politician (in addition to being a solidly remarkable human being), let’s halt the joy ride and check in with reality. If you don’t live there, you may be unaware of the fact that Idaho is still a state. Even more to the point, Idaho is what they call a “conservative stronghold.”

Quick quiz: Can you guess which Democratic gubernatorial nominee is the state representative in one of those two holdout counties?

Idaho hasn’t seen a Democrat governor in 40 years. It has not voted for a Democrat president since LBJ. The state is so conservative it feels like they collectively stopped counting the days after Ronald Reagan left office.

Tl;dr: Great as she seems to be, it’s going to take a pretty big miracle for Paulette Jordan to become the governor of Idaho. A miracle bigger than the one that keeps Kanye West from crumbling under the weight of his own ego.

Much like Wisconsin Congressional hopeful Ironstache, Paulette Jordan deals in a blue-collar progressiveness that harkens back to the days of the Solid South (except without all the racism or old, white dudes). She’s a hard worker, an enthusiastic naturalist, and the living embodiment of Idaho’s self-sufficient state philosophy.

Even more concerning for a Republican living in Boise (which is their “big city”), Jordan’s rural upbringing makes her acutely aware of the needs of rural Idaho, in particular. That specialization could cause trouble for Republicans in a state that is one of the most sparsely populated in the United States.

Jordan’s vision for Idaho centers on rebuilding. She wants to repair the state’s rural schools and breathe new life into Idaho’s small town Main streets. She wants to fix the roads, pay teachers more money, and expand the Medicaid mandate.

“It’s not just about the wealth or the economy of the state,” says Jordan. “You have to look at the internal structure of our society and make sure that those ills are also being met.”

In 2012, Paulette Jordan lost her first bid for a seat on the Idaho legislature. Two years later, however, Jordan returned and claimed a decisive victory. The point being: even if Jordan gets stomped into the ground Idaho’s conservative population, she’s the kind of leader who will learn from her defeat and come back stronger than ever.

Jordan may not win the statehouse on this time out of the gate, but her presence in the game and her devoted following represent a sea change in Idaho politics that cannot be ignored.

Whether she wins or loses, Paulette Jordan is the face of fundamental change in Idaho politics.