Everyone’s Waiting For An Apology

Everyone’s waiting for an apology — and not one that goes, “Sorry you got offended.”

First of all, everyone’s waiting for an apology from Trump voters. And perhaps even more, from people who didn’t bother to vote.

Second of all, everyone’s waiting for an apology from Roseanne Barr, who said Valerie Jarrett (an African American former senior adviser to Barack Obama) was if “muslim brotherhood & planet of the apes had a baby.”

Well, they’re waiting for one that doesn’t ignore the gross racism behind the tweet, as Roseanne who brushed the comment off as a mere joke when she said, “I apologize to Valerie Jarrett and to all Americans, I am truly sorry for making a bad joke about her politics and her looks. I should have known better. Forgive me – my joke was in bad taste.”

Following the immediate cancelation of the Roseanne series, conservative fans searched for a swinging pendulum.

Conveniently, Samantha Bee soon called the President’s daughter and White House staffer Ivanka Trump a “feckless c—.” So, conservatives want an apology from Samantha Bee, to even things out for the Roseanne thing.

And (is it fourth of all?), everyone in Puerto Rico wants an apology for the US neglecting to provide aid following the devastating Hurricane Maria.

The Eagles probably should get an apology, too.

With Roseanne acting as a rare entertainment-industry success story for conservatives, the cancelation hit hard. Surrounded by Trump critics in essentially all non-Fox areas of media, Roseanne was a relatively solitary beacon of support for Trump in Hollywood.

Trump himself took time out of his busy schedule (or, well, his mostly blank schedule), to heap praise onto Roseanne’s success. He even called her personally to rave about her ratings. So, when that got taken away because of something like racism, many expressed upset and anger.

After all, Roseanne’s racism reflects their own beliefs. To see someone receive punishment for it would suggest that they, too, deserve punishment. 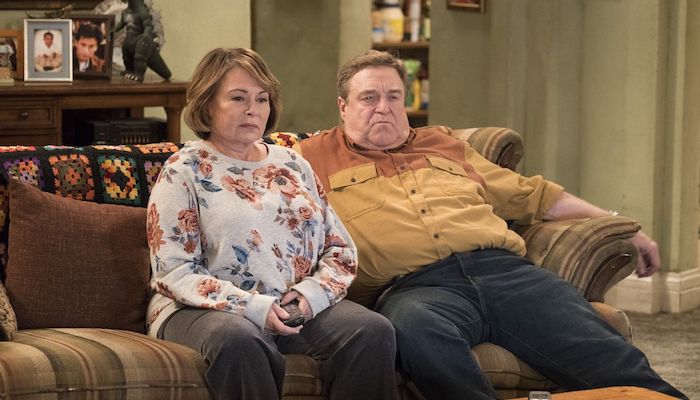 Swiftly, Disney CEO Bob Iger commended ABC Entertainment President Channing Dugney for her bold, unhesitant cancellation of Roseanne. “There was only one thing to do here, and that was the right thing,” he said.

“Iger, where is my call of apology?” Trump tweeted. “You and ABC have offended millions of people, and they demand a response. How is Brian Ross doing? He tanked the market with an ABC lie, yet no apology. Double Standard!”

Note: ABC did apologize for the mistake made by reporter Brian Ross, who they suspended for four weeks.

Not wanting the apologies to flow solely in one direction, conservatives seized a golden opportunity the moment it arose. So, too, did other forms of media, perhaps eager for an opportunity to show non-bias.

Criticizing Ivanka Trump for her inability to moderate her father’s worst tendencies — as was often suggested prior to his election — Bee punctuated a short rant by calling Ivanka a “feckless c—.”

Even the President himself called for TBS to fire her over the offensive language she used. A quote perhaps most commonly attributed to the President, of course, is “grab ’em by the pussy,” in reference to women whom he’s assaulted without fear of retribution.

Conservative women were quick to show disapproval, including Megyn Kelly and Press Secretary Sarah Huckabee Sanders. Of course, Sanders similarly feuded with comedian Michelle Wolf in May, over comments misconstrued to mock Sanders’ appearance, rather than her proclivity for lying.

Defenders of Samantha Bee promptly requested apologies from everyone conflating overt racism with a sexist word, said by a feminist comic. 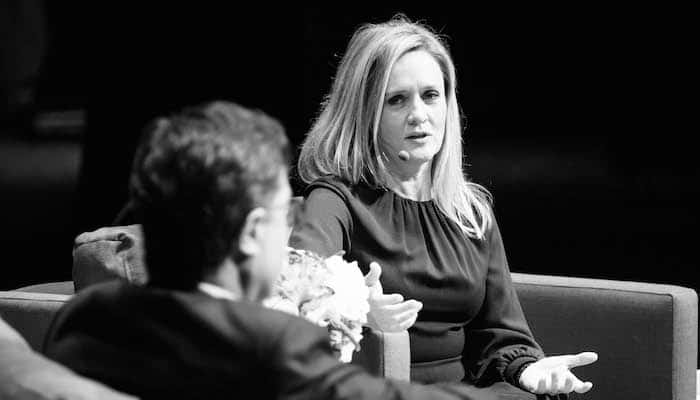 As the frenzy surrounding the ideologically juxtaposed comediennes spanned days, some began to expect apologies for the irritating distraction. Who cares about what actresses and talk show hosts had to say? The President bragged about assaulting women, called Nazis “very fine people” (did everyone forget about that?), and endorsed a pedophile for US Senate.

We’re still waiting for apologies for all those.

And then there’s the Eagles.

President Donald Trump is waiting for an apology from the winning Super Bowl team, since too many of them rejected his offer to visit the White House. Less than ten players intended to meet Trump. Additionally, the President felt insulted by their attempts to reschedule their White House visit. Attempts to determine a new date always coincided with Trump’s trip to Singapore.

But the President also wants an apology from the players for kneeling during the National Anthem. He finds this disrespectful and unpatriotic. On the other hand, millions of Americans are waiting for an apology from Trump for not knowing the words to “God Bless America.”

Fox News also would like an apology from the Eagles for disrespecting the Anthem. As proof, they shared a photo of several players kneeling. Then, they suggested they did so in solidarity with the protests against police brutality toward black Americans.

However, the Eagles would like an apology from Fox News for what they called propaganda. The players in the photo were, in fact, kneeling in prayer. Whoops! 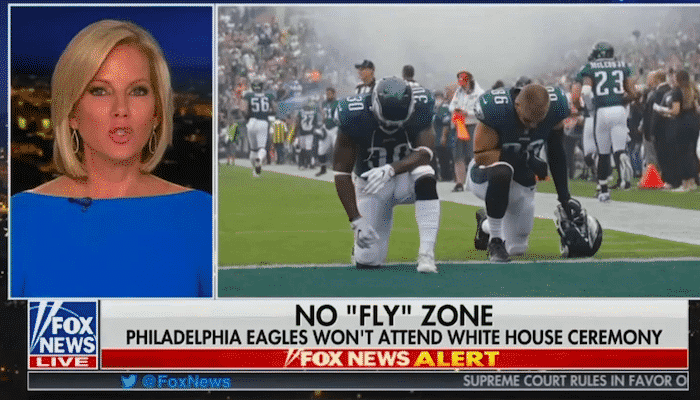 As it turns out, no players on the Eagles’ team kneeled during the National Anthem throughout this year’s football season.

Many on the team, and those who support it, would like an apology from the President. He says they possess anti-American, anti-military, and anti-flag sentiment. They find it unfair, given the good they’ve done for their communities that perhaps outweighs Trump’s contributions.

“We’ve fed the hungry, we’ve mentored our youth, we’ve fought to create opportunities for communities and individuals who have been disenfranchised, we’ve given scholarships and the list goes on,” said player Malcom Jenkins in a statement.

Too Late To Say Sorry

There’s some people who Donald Trump isn’t waiting for an apology from – and that’s Republican candidates.

Though he normally would dole endorsements solely to those who express adoration for him, the primary elections seem to have prickled his anxiety. With a blue wave potentially half a year away, Trump’s cowed to pressure from congressional Republicans to accommodate party goals, rather than his ego.

Meanwhile, the death toll in Puerto Rico might be more than 4,600 following Hurricane Maria, the aftermath of which Trump has largely ignored. The large death toll, it could be said, is the result of the administration’s neglect.

And a Texas immigrant detention facility denied US Senator Jeff Merkley entrance over the weekend. The building, a former Wallmart, holds over 1,000 migrant children separated from their families at the border. When Senator Merkley arrived, the facility called the police.

And, hopefully, will submit votes to get them.