Martha Stewart To Receive Presidential Pardon For Her Really Gross...

After Kim Kardashian taught President Trump what a presidential pardon is, the President seems set on handing them out like candy: to his friends, defenders, and possibly himself. Last year, Trump had already issued a pardon to the controversial Joe Arpaio, the sheriff who operated self-described concentration camps. However, it would seem that Trump’s meeting with the Ms. Kardashian reminded the President of the power he wields, like a senile old person suddenly remembering they have an active auction on Ebay, even though it concluded six years ago, and nobody bidded.

Already, Trump has flexed his pardoning power for his loyalists, presumably to ease into the more severe cases. Last week, he issued a pardon to Dinesh D’Souza, a conservative writer who pled guilty to campaign-finance fraud in 2014 (similar charges await Trump’s lawyer Michael Cohen). In doing so, he blunts the impact of future pardons, particularly for Cohen himself, or his former right-hand-man Paul Manafort, his own son, and, possibly down the line, himself.

In the meantime, Trump flexes his pardoning muscles, indicating he may dole them out to more high-profile figures. Among the floated names was Martha Stewart, who shocked the world several years ago by posting criminally gross photos of food on Twitter.

Despite a public image of Culinary Queen and Domestic Goddess, Martha Stewart’s heinous crimes against the human race were numerous. She assaulted people’s trust, and violated their sense of decency. In 2013, she shared a photo of an iceberg wedge, cruelly drenched in a Russian dressing the color of illness. Hidden behind the sick-soaked crunchy water leaves was a plastic fork, clearly not part of Martha’s K-Mart collection. But Martha’s illegal deeds didn’t end there. 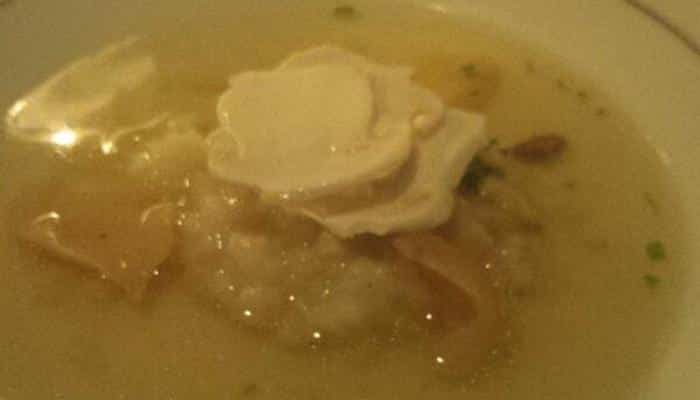 The same year, she posted a photo of “Matsutake mushrooms sliced over rice and broth” on Twitter. Perhaps due to the lighting, camera quality, or lack of morals — the photo was a verified felony. The rice  in its bed of broth looked like regurgitated Fancy Feast, which the laws of humanity dictate is strictly forbidden. The mushrooms, or, possibly, slices of mozzarella cheese, rest atop the wet mound like Rose drifting somewhere, slowly dying, in an arctic sea.

Although many agree that Martha Stewart’s illegal actions were unforgivable, there’s one among us who disagrees. President Trump himself indicates he may bestow a pardon to the former lifestyle icon. In addition to her photo-related injustices, Stewart faced conviction for lying to federal investigators regarding her activities on insider trading. As it turns out, Trump’s former National Security Advisor Mike Flynn pleaded guilty for the same crime. Additionally, fear over false statements to investigators is the reason for the delay in Trump’s interview with Robert Mueller.

Justification for pardoning Martha Stewart’s egregious acts is thin. But, it would provide precedent for pardoning the President and his former advisor for those same crimes.

Without an explanation, Martha Stewart slapped proud Americans in the face in 2013 when she posted a photo of… something.

In worse lighting than the DMV’s license photo station, Stewart shared a picture of something in a bowl that could only be called dreck. She provided no caption for context. In response, one Twitter user could only say, “martha no.” Another pleaded,  “Stop using your camera.” 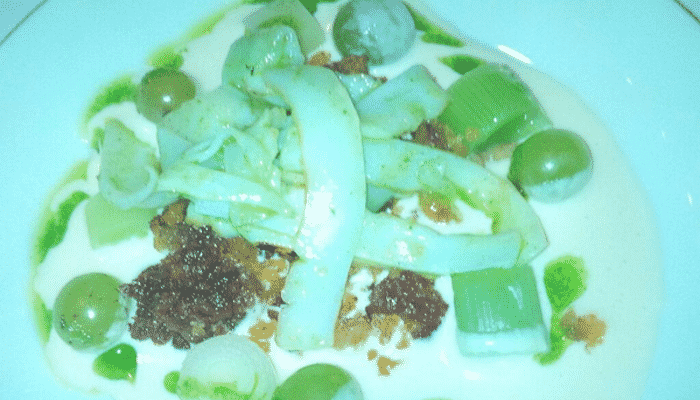 Whatever it was, one thing was certain: it was illegal.

It’s as certain as this: the President pardoning himself should lead to immediate impeachment.

And yet, these days, even that doesn’t seem so certain.

On ABC, the President’s bulldog defender Rudy Guiliani stressed, “He has no intention of pardoning himself… It would be an open question. I think it would probably get answered by gosh, that’s what the Constitution says, and if you want to change it, change it. But yes.”

However, the opposite of what Guiliani says frequently turns out to be the actual truth. In fact, when he says something will not happen, it’s usually to minimize the impact when it does happen. Knowing the media will agonize over his words repeatedly on every station, Guiliani plants seeds. It doesn’t matter if he says, “Trump will not pardon himself” when all people need to hear and remember are the words “pardon himself.”

Like the image of a horrific Martha Stewart food photograph, Guiliani’s words slither their way into memory and, played repeatedly by media outlets, never, ever leave.

Unfortunately for the President, his recent pardon of Dinesh D’Souza might have unexpected consequences. The President cannot pardon anyone for state crimes. So, both New York and California are preparing for legal battles, should the President’s associates slip away, pardoned by the President for their crimes on the federal level. In particular, the President’s personal lawyer is vulnerable for charges made by New York attorneys.

Currently, New York has statutes preventing double jeopardy. Defendants who successfully fought charges on the federal level cannot be charged again on the state level. However, these protections were not made with a frenzied President in mind, bestowing pardons on his criminal conspirators to protect himself. In response to Trump’s pardon of D’Souza, New York state might make haste to close up the loophole, before Trump can use it in a more significant way.

When it comes to Martha Stewart, however, it makes no matter. Trump might utilize a pardon for her shameful culinary tragedies. But he does not have the power to pardon her for the charges made on neither a global level nor divinely spiritual level. 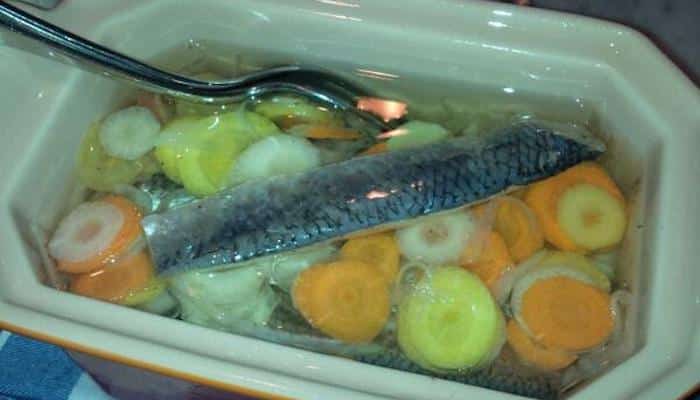 Since she tweeted out this shocking photo of “marinated herring en gelee” on a social media outlet with a global reach, the world at large found her guilty. So, too, did God.

And, though he may think it, Trump is not yet the ruler of the world, or afterlife. Martha Stewart might receive a pardon from the United States of America. But in the end of days, when she’s facing judgment, she’ll find herself answering for that photo of herring. And God will not be happy about what she has done.