Student Gets Banned from Graduation for Selling School on Craigslist,...

Schools really can’t take a joke at their expense. One Missouri teenager found that out the hard way after he was banned from graduating after his high school found out about a fairly innocuous prank.

Klan Scheele, an 18-year-old high school senior, posted a satirical ad on Craigslist offering to sell his school Truman High in Independence, Missouri. He put it up for the low, low price of $12,725, and likely didn’t expect anyone to make a big fuss about it. 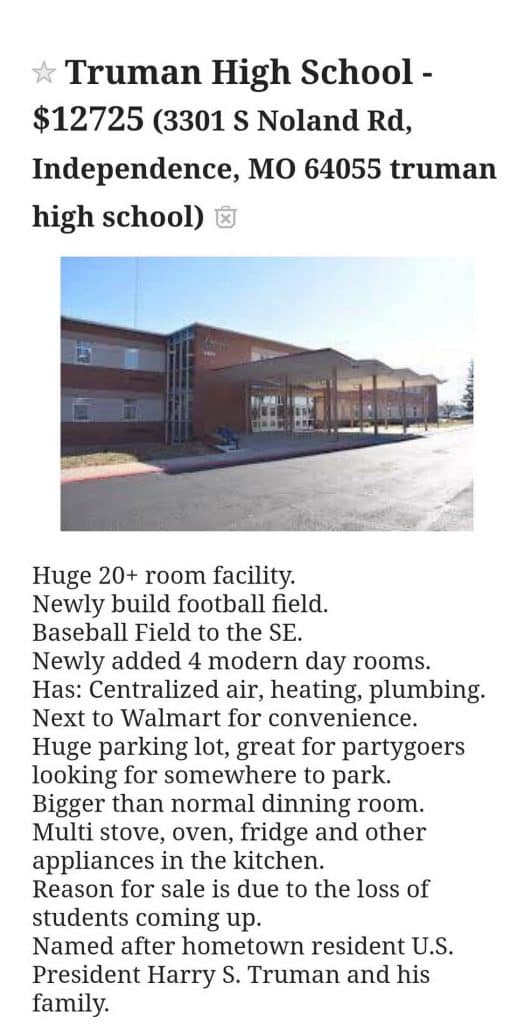 In the post, Scheele describes various its features, such as the fact that it’s “next to Walmart for convenience” or that it has a “huge parking lot, great for partygoers looking for somewhere to park.” He also says that the reason for selling is “due to the loss of students coming up.”

Now, considering that Klan is from a graduating class, one would interpret that statement to mean graduation. However, the school district read it as a threat of violence. “The advertisement created a substantial and material disruption of the educational environment, and the Independence School District stands by its decision,” the district said.

The student filed a last-minute petition with the district, supported by the American Civil Liberties Union (ACLU) as well as a petition signed by over 2,600 people. However, the district refused to overturn its decision. An additional lawsuit that the ACLU filed with a federal judge was not successful as well.

Scheele is graduating with a 3.9 GPA and has requested that he be allowed to at least watch his friends graduate.

Reddit Asks: What Was Banned At Your School, and Why?