Everyone Who’s Going to Hell for Protecting Trump

by Warren Michaels 4 years ago4 months ago

There’s a difference between signing on to serve one’s country, and signing on to serve a person. After all, you can support the U.S. government without supporting specific individuals elected to it. I respect the office of President of the United States, but I have less than zero respect for the man currently sitting in that office.

The thing is… The people you’re about to read about aren’t idiots. They’re fools, maybe, but they’re not unintelligent. They know exactly who and what Donald Trump really is. And yet, they try as hard as they can, every day, to portray Trump’s administration as a normal, functioning White House. When we all know it’s anything but.

So they, like their employer, lie. They lie their butts off, protecting Trump to their final breath. They defend him as the very stable genius he claims to be, they reframe his outrageous comments as reasonable and rational, and they clap back against fact-checkers who call out the President on his endless lies — by calling the fact-checkers “dishonest.”

How do these people look themselves in the mirror every day?

It comes down to this: Can anyone maintain personal integrity while serving in public office under Donald Trump? Let’s find out.

There may be no one alive who defends and lies for Donald Trump more than White House press secretary Sarah Huckabee Sanders. On a daily basis, Sanders works overtime to justify Trump’s outrageous comments, his juvenile behavior, and his narcissistic impulses. And she does so by basically saying that Trump is doing exactly what his voters want, and the media is a bunch of liars for questioning his actions.

But it goes much further than defending lies for Sanders. During her press briefings, she’s often presented with Trump’s own actual statements, which she dismisses and deflects by accusing the press of “making something out of nothing” or making dumb jokes. How does she continue protecting Trump with a straight face? How does she not exist in a bottomless pit of self-loathing? 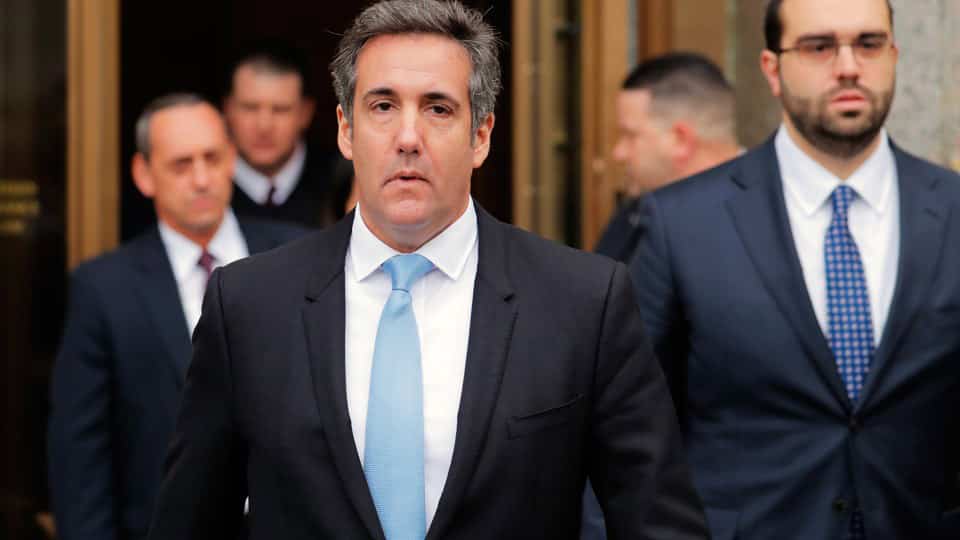 Some of the people on this list find themselves defending Donald Trump out of obligation, or because it’s an unsavory side effect of the job they’ve taken. But here’s one guy who willingly signed on to defend and lie for Trump as his actual job description. This is a guy who literally paid off a prostitute on the President’s behalf, among his various “fixer” duties. And now it’s come back to bite him in the unowhat. When was the last time you heard of a politician’s lawyer needing a lawyer?

Good lord, where to begin. Lies = “alternative facts” (see above)? Citing a “Bowling Green Massacre” that never happened? If anyone in Trump’s administration knows how to spin, it’s Kellyanne Conway. A master of pivoting on-air conversations away from the question she’s been asked, this woman could find a way to defend Adolf Hitler if her job description required it.

She’s definitely going to one of the innermost circles of Hell for lying her a** off.

Ah, the talking head evangelists. These people are some of the worst offenders out there, and have very special reservations waiting in Hell. Not only do they (seemingly) buy into every ounce of Trump’s false rhetoric, they preach it daily from their televised pulpits. They’re just as guilty of swaying the minds of Trump voters as Trump himself is. That alone is an unforgivable crime that history will judge them harshly for.

But you also get the impression that Trump has these guys in his back pocket, and they willingly hop in there because of the access and influence it gives them. Trump is such a big fan of Fox & Friends, for example, that he calls in to the show so they can stroke his ego live on national television. (Fox & Friends is said to be his real daily intelligence briefing.) Hannity, Carlson, and Pirro would defend him on-air if he murdered someone. You know it’s true.

And it’s impossible to just ignore the fact that the vast majority of these sheeple are prominent TV personalities stationed at Fox News — since as we all know, Fox is pretty much state-run media now. 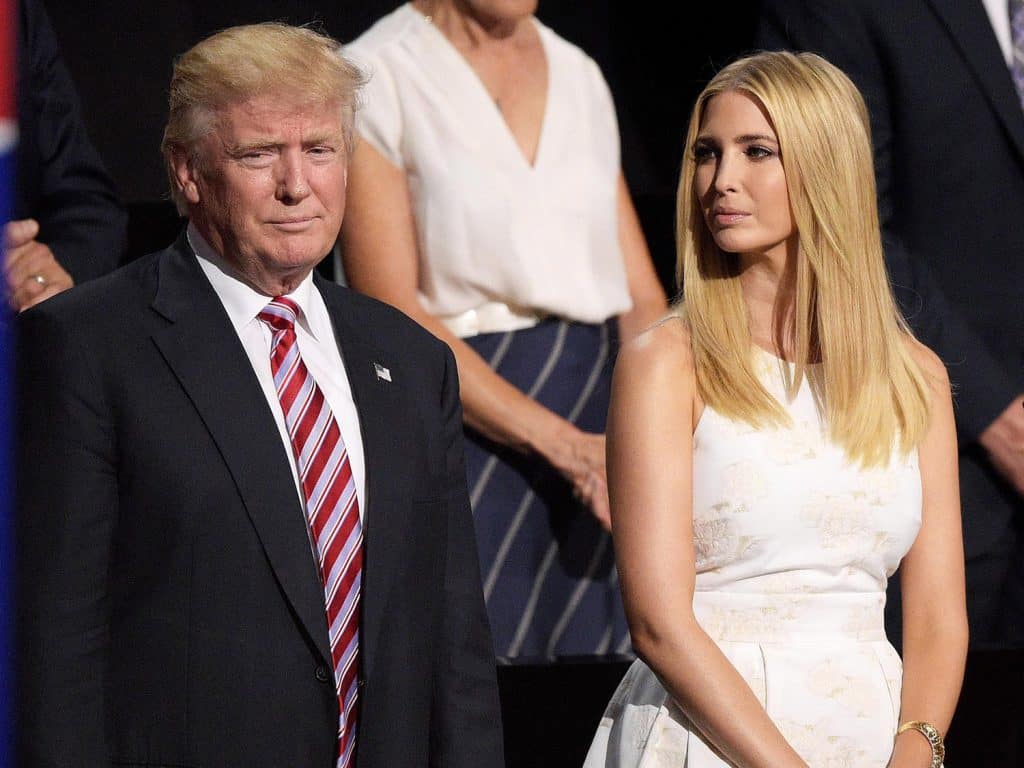 Look, I get it. He’s dear old dad, she loves her pops, and you don’t betray family. But Ivanka ain’t stupid and she knows exactly what she’s doing. That doesn’t mean her soul is safe, though. The way she helps hide both his stupidity and his very-possibly-illegal actions could make her complicit in all manner of horrible things.

This is the same Franklin Graham who wrote in a 1998 opinion piece for the Wall Street Journal:

“If [Bill Clinton] will lie to or mislead his wife and daughter, those with whom he is most intimate, what will prevent him from doing the same to the American public?” #Hypocrites https://t.co/MEyWsAlVPo

The son and heir of the late Billy Graham has done a lot of good in this world. His tenure as head of the “Samaritan’s Purse” ministry alone has brought humanitarian aid to countless orphans, widows, and others with urgent needs in places like Sudan, Iraq, Uganda, and the Southeastern United States victims of Hurricane Katrina. Graham has followed in his father’s footsteps in every way — except one.

It’s downright shocking the way Franklin jumped head-first onto the Trump Train; no way would Billy have compromised his integrity for a man like Donald Trump. Franklin even went so far as to state that God himself intervened in the campaign and orchestrated Trump’s win. He criticized Bill Clinton’s infidelity back in 1998, but told the country to mind its own business when questioned about Trump’s affair with Stormy Daniels. Franklin Graham has traded every ounce of respect and integrity he was once known for, for 30 pieces of silver.

But Trump? Dobson shrugged and said he’s just “a baby Christian” who needs to be given a second chance. And a third. And fourth, fifth and sixth.

Like Mr. Graham, James Dobson is another major figurehead among evangelical Christians. He’s written countless books that have helped millions of parents and their kids understand one another better, and strengthen their relationships. His Focus on the Family ministry has done this more so. And then he turned hypocrite by publicly endorsing Donald Trump. He famously told his followers to vote for Trump, referring to him as “a baby Christian.” The implication being, Trump should be extended loads of grace for his missteps until he gets the hang of the whole “in love with Jesus” thing. But someone “in love with Jesus” wouldn’t do ANY of the things Trump has done in office or before.

At the beginning of 2018, Dobson called on his followers to undertake a full day of fasting and prayer in order to prevent the impeachment of Donald Trump.

Up in Heaven, whenever someone mentions Mr. Dobson, these days Jesus rolls his eyes.

Some of these people were respectable once upon a time. But once it became clear that the Republican Party was abandoning its moral fiber to transform into the Trump Party, they stuffed their dignity and disgust and began towing the Donald’s line, protecting Trump at every turn. Some of them, like Paul Ryan and Chris Christie, were once outspoken critics of Trump, though you’re forgiven if your memories of that time have been overwritten by the unwavering support they’ve given the President over the last year and a half, no matter what new lows he sinks to.

Gifted, respected neurosurgeon. Former presidential candidate. Certified genius. Former Trump opponent, critic, and punching bag. Current Trump apologist and cabinet member. (For the Department of Housing and Urban Development, of all things!) If anyone is intelligent and clever enough to know the true depths they’ve sunk to, the full extent of the professional and personal respect that’s been lost on him, it’s Ben Carson.

You remember this guy. He’s the one that stood in front of the White House Press Corps and told the nation that Donald Trump was in “excellent” physical and mental health and could “live to be 200” years old thanks to his “great genes.” That happened.

It’s a documented fact that Trump himself sometimes writes specific statements or or tells his spokespeople what to say to the press about controversial topics. Trump has expounded many times about the supposed grandeur of his genetic heritage, and boasted about his own health ad nauseam. So you tell me: was Dr. Ronny Jackson speaking about his own health assessment of the President, or was he a glorified mouth uttering Trump’s dictated words, like Sean Spicer‘s “largest audience to ever witness an inauguration, period”?

Haley regularly tries to enact Trump’s “America First” policies at the United Nations, where she serves as U.S. Ambassador. She appears to enjoy doing it. Take a look at the video above. In it, Haley actually threatens other sovereign nations at the U.N. for not backing Trump’s whole “let’s move the capitol of Israel to Jerusalem” thing. The best part is when she outright says that since America gives more financial contributions to the U.N. than any other country, we deserve more respect and cooperation.

Words like that usually come only from mob bosses. And Haley’s boss.

I include the President’s Chief-of-Staff on this list reluctantly. This is because it’s well known that he and Trump rarely see eye to eye, and Kelly spends most of his days working to keep the President from doing all of the batsh*t crazy stuff that pops into his orange head. Kelly’s a levelheaded guy who has no patience for Trump’s juvenile temperament.

Kelly is certainly more interested in serving his country than serving Donald Trump, and seems to be the sole Cabinet member to have avoided selling his soul to the Devil. But the longer he stays at the White House, the more the cancer that is Trump will infect him.

These people appeared to sell their souls to Donald Trump during the election or his first year in office, but they’ve all moved on from his administration now. Are they safe? Have they regained whatever righteousness they had pre-Trump? For the most part, they’ve gone radio silent — probably hoping that time will erase the public’s memory of how they willingly signed on to cover for Trump’s lies and general stupidity.

If any of them could come out clean in the end, it’s probably Rex Tillerson. He was never comfortable as a Trump defender, having sparred with the President frequently over policy. I’m not a fan, but he allegedly (but totes for real) referred to Trump as “a f*cking moron” behind closed doors. So he gets points for that.

Donald J. Trump: The Greatest Public Speaker In the History of Oral Discourse