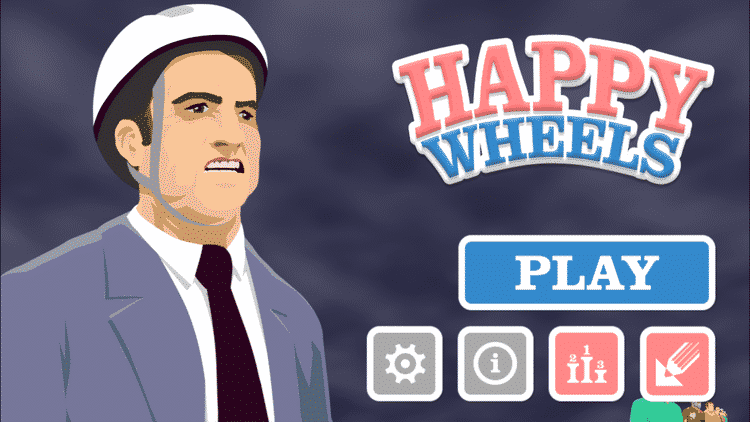 With a massive following of over 5 million players worldwide, Happy Wheels is definitely a game that one would consider trendy. And, upon first glance, the name suggests something upbeat and fun, like a tame racing game or a kid-themed build-a-car game. But nope. Happy Wheels is actually a sarcastic play on words, as there are few things happy about being torn to shreds while you navigate obstacle courses of crushing objects and sadistic, unexpected challenges.

Happy Wheels brings together a hearty dose of morbid humor with science-based fun. Not saying this game is totally educational—but it follows the lines of realistic physics, whereas most ride-or-die games feature too-bouncy characters and other elements that science would disagree with. 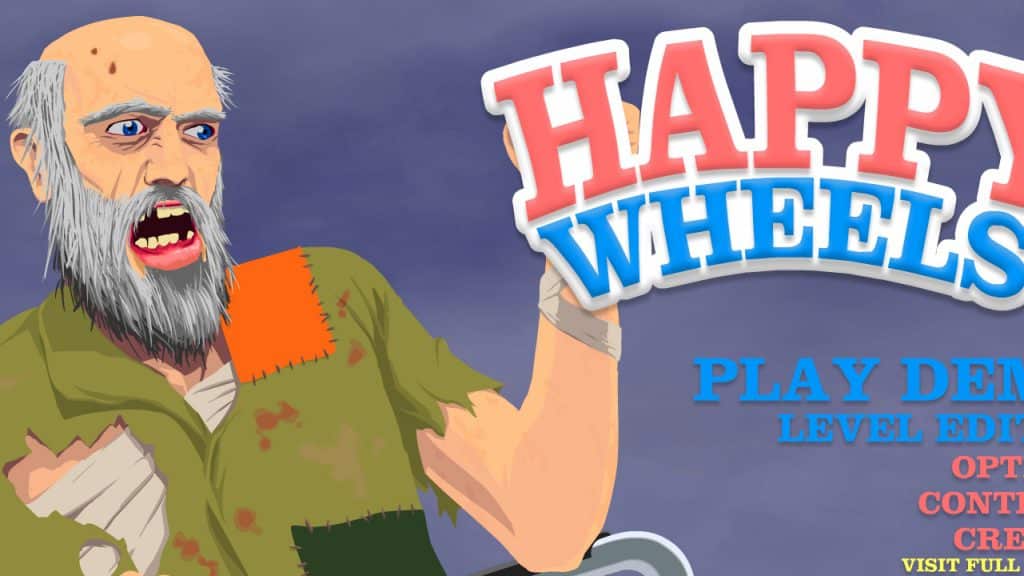 That said, the morbid humor comes in when your character dies unexpected, gruesome deaths—and you laugh. Why? Because most of the deaths are far-fetched and so unexpected that they catch you by surprise, triggering your giggle reflex to keep your mind from delving too deep into the dilemma. Yeah, that sounds a little insane, but you need to unleash your inner crazy to play a game where you can lose your arms, legs, and leak blood everywhere but still survive with a head and a torso.

For gamers that love a bit of gore and science-based thrills and kills, Happy Wheels is a go-to that could become your next addictive favorite. It’s a good laugh and a good way to unwind. You can play Happy Wheels on Poki now, but before you do so, let’s get some more insights into this awesome game!

The Characters and Their Unique Contributions to the Game

When you first get into Happy Wheels, there are four base characters, each with something morbidly funny and weird about them. But they each contribute to the game in their own ways. Of course, as you go, you can unlock new, weirder characters by collecting tokens and generally just being a badass in survival mode.

Old Homeless Dude in a Wheelchair.

This dude looks old, ornery, and way past his sanity prime. This means he’s reckless and a little loose in his wheelchair. You can practically imagine his rants. The benefit of playing as this character is the wheelchair since those types of wheels are usually smoother, built for rough terrain, and a little easier to control.

Late Business Guy on a Segway.

On his way to work, this business professional is already having a bad day. You can see he’s a little reckless—not really sure how to handle his ride, but still hopeful in making it to work with a few minutes to spare. His only saving grace is his helmet.

Irresponsible Dad and His Unsuspecting Son.

This dad probably wanted to prove to wifey that he could take his son out alone and be responsible. No such luck. He doesn’t look in different directions, and often leads his unsuspecting boy into dangerous situations. He’s a little too courageous—but, again, the helmets are saviors!

Fat Woman in a Grocery Scooter.

Stereotypical and a little scary, this ginormous woman is trekking her groceries back home in a scooter. Her swollen, abundant appendages make it hard for her to go too fast, but the scooter is strong and steady to get over rough terrains. Landmines are her worst enemies.

There are hundreds, if not thousands, of ways to meet your demise in Happy Wheels. And most of them are gruesome and gory. However, there is definitely a distinction between those slow deaths and quick unexpected deaths. 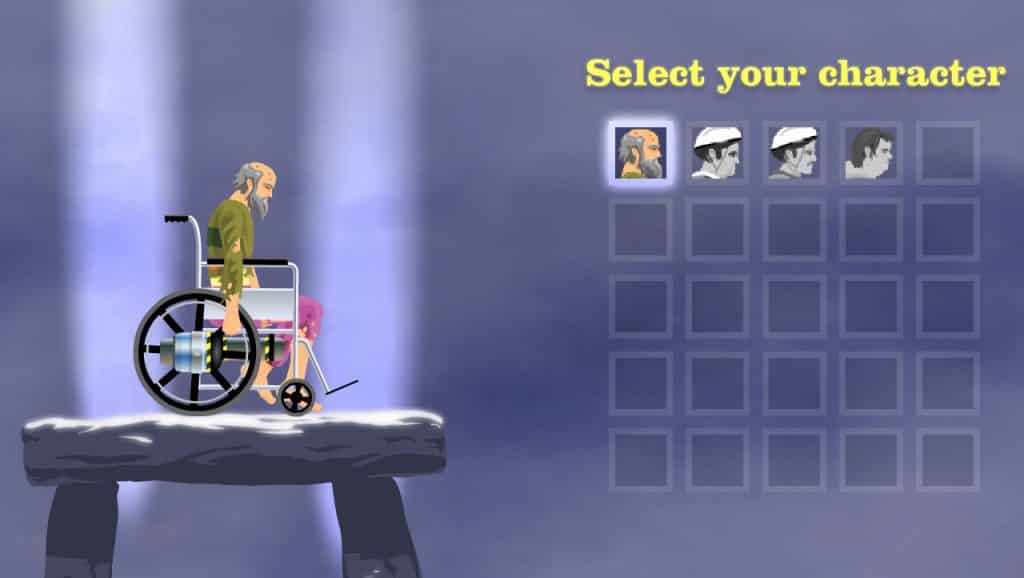 For example, there are landmines hidden throughout multiple Happy Wheels levels. These mines will often blow off body parts but keep the torso and head intact, so your character can move forward towards the finish line. The downside is that they are dripping blood, slowly, the whole way, resulting in a painful, super-slow death that might leave them mere centimeters from the end of a level.

Quick unexpected deaths are those that take out the torso and head, like a fence full of spikes, or a wrecking ball in a construction site. These deaths have mega gore factor, but your character croaks almost instantaneously.

How the Level Editor Can Make Your Gameplay 100 Times Better

Happy Wheels is super interactive, and gamers love the level editor function. If you have a level that you think needs improvement, or a whole new one that you want to create, you can use the editor tools to make an old one better or make a new one for your fellow players to rank. 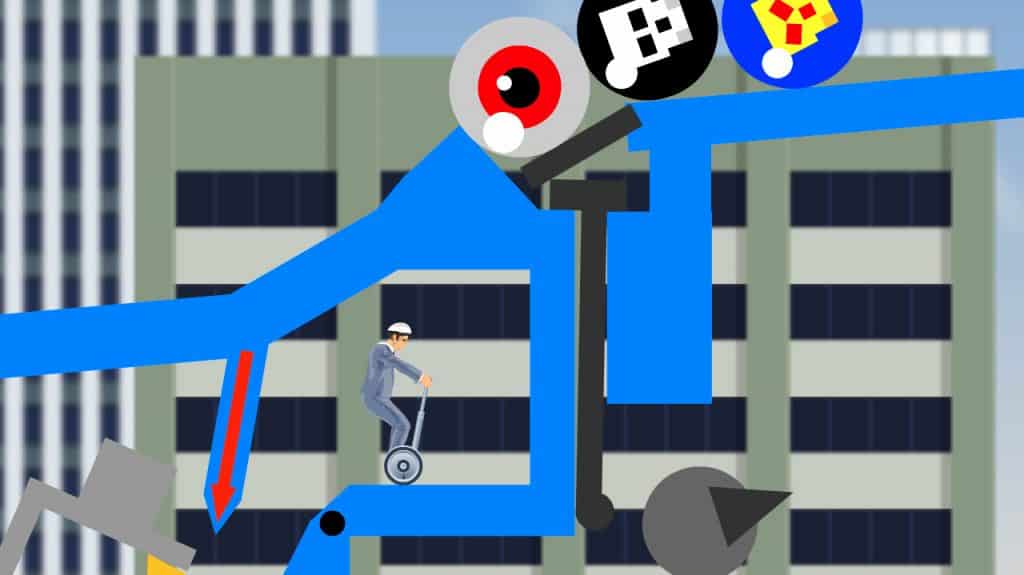 When you release your edits into the public server, billions of players can play through your levels, then give you ratings and comments based on what they did and didn’t like. However, the catch is: there has to be an objective. Your level can be riddled with death scenarios, but there must be some way for a player’s character to win at some point—regardless of how difficult it might be. One of the perks of playing Happy Wheels is trying out someone else’s levels because they differ each time, so you get a unique gameplay experience with every edit that you play through.