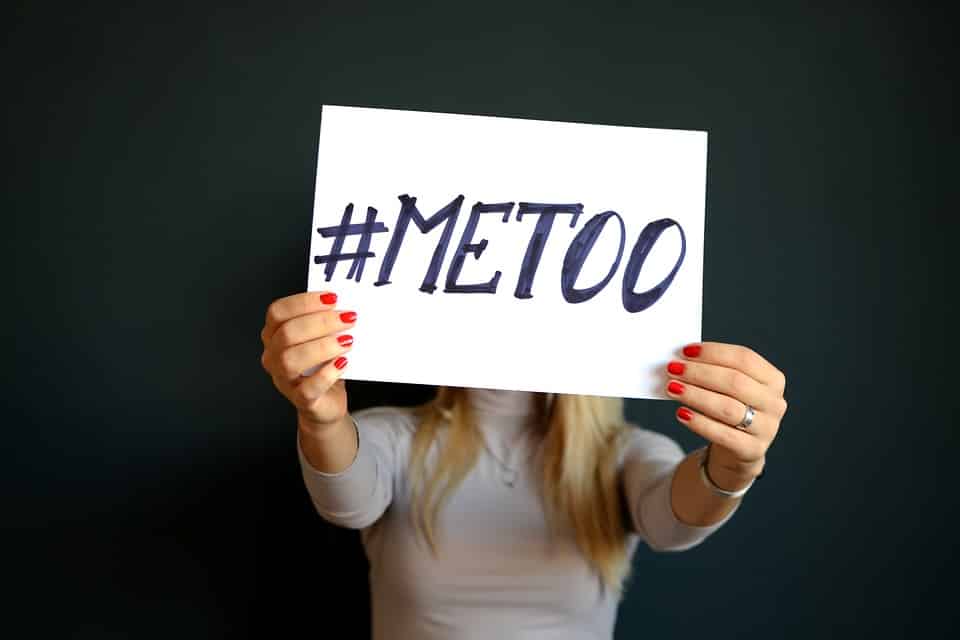 The #MeToo movement has sent shockwaves that are now changing the dynamics in workplaces and business environments. Even the casino industry is feeling this. Sexual misconduct in casinos is a reality the world has tolerated for so many years but a movement has finally made it clear enough is enough.

In the United States, it is reported that around 9.6% of the sexual harassment cases reported are in Las Vegas. There are claims that casino workers report their experiences of sexual harassment at the same rate or frequency as in other industries. However, it’s important to acknowledge that the casino environment is different from other industries.
Casinos are settings where females are often treated sexually. Girls here are usually dressed in skimpy outfits. Even when they do live dealer casinos, they have to dress up quite revealingly apparently to be enticing to patrons. Their situation may not be on the same level as that of girls in strip clubs or adult entertainment venues, but it can’t be denied that they are subjected to some form of sexual objectification.

The sexual elements that are generally considered taboo or at least being concealed in corporate environments are not as taboo or concealed in the Vegas entertainment industry. Promiscuity and sexual innuendos are the norm and not regarded as unusual and offensive. Las Vegas casinos may look neat and sleek but beneath them are abuses that are difficult to address because of the culture. People have become tolerant of the abuse and harassment laden dynamics in many Las Vegas entertainment spots.

The #MeToo movement, however, is starting to impose changes. These may be slow and not that widespread yet but are nevertheless welcome positive developments. In the area of sports gambling, for example, the F1 decided to put an end to the practice of having grid girls during races. The girls have been replaced by young racing fans or up and coming racers. It’s a small step that does not necessarily mean the end of sexualization in F1 racing but it can be considered a good start.
Still, the culture of sexual objectification is still prominent in the Las Vegas gambling industry. It may take some time before significant changes happen but the good news is that changes are happening. As more women frequent casinos and more women climb up the corporate ladder in the gambling industry, the positive changes are expected to continue.

Some consider Steve Wynn’s resignation as the most significant milestone in the #MeToo movement as far as the Las Vegas gambling industry is concerned. Wynn’s alleged sexual misconducts were revealed after a comprehensive investigation was pursued by The Wall Street Journal. With his name added to the list of powerful personalities accused of sexual harassment, more women have become empowered to speak up and reveal the stories they would have otherwise kept secret.

Wynn resigned as CEO and chairman of Wynn Resorts a few days after The Wall Street Journal expose, saying that he can no longer continue to be effective at his job given the environment surrounding the investigation.

Wynn’s resignation has made him the first publicly traded company’s CEO to quit after allegations of sexual misconduct were revealed. This is important as Wynn is not just any CEO of any American company. He is known for his deep ties with politicians and is also perceived to have the backing of a powerful board of directors. The Wall Street Journal, in one of its articles about Wynn, describes the former CEO as a great figure in the wider gambling industry and in Las Vegas. He is also known as a close friend of Donald Trump. He was once the finance chairman of the Republican National Committee.

The #MeToo movement succeeded in making a powerful business figure submit to the pressure of criticism. Wynn’s resignation is a demonstration of how financially and politically powerful individuals can fall even when their accusers are virtually unknown and small. Wynn’s accusers include waitresses, a massage therapist, and a manicurist. As reported by The Wall Street Journal, some of those sexually harassed by Wynn tried to report the incidents to higher up company executives but there were no positive responses.

The recent ICE Totally Gaming event in London, in particular, started off with a Playboy-themed show featuring pole dancers. The women in the said opening show were reportedly harassed. Some of them were groped and some of the guests propositioned for sex. Undercover footage that covered the event also caught several companies not heeding the warning against chauvinism by the UK Gambling Commission chief executive Sarah Harrison.
Because of the defiance, Sarah Harrison said in a speech that the UK Gambling Commission was contemplating boycotting the event. She emphasized her dislike of the fact that women were “expected to wear nothing more than swimsuits” at the event in London’s ExCel conference center.

The UK’s Labour minister Jess Phillips, in an interview with The Guardian, said that it is time that companies realize that using women’s bodies to sell things to men is debasing for both sexes. Liberal Democrat deputy leader Jo Swinson, on the other hand, expressed astonishment over the evidence of sexism at the ICE Totally Gaming event. She rebuked the complacent sexism of the gambling companies that participated in the event. Swinson also pointed out the requirement for women to sign non-disclosure agreements by the agencies that hired them, condemning the practice of agencies trying to absolve themselves of the obligation to provide a safe working environment for the people they employ.

The #MeToo movement is a noble endeavor to address sexism and the oft-tolerated sexual misconducts of people in power in various settings. However, it’s important to sustain this movement and to encourage the involvement of more people across all walks of life. Women in the casino industry could use more support and a more prominent presence of the #MeToo movement.

Why Does Donald Trump Get A Pass On The Sexual Allegations Against Him?

Gift-giving isn’t just a seasonal affair between friends, families and acquaintances. The art of gift-giving is also conducted on a national scale with countries often sending each other big, weird and expensive gifts. Experts in all things gifts, Vanilla Reindeer put together some examples of these expensive and odd gifts that have been shared between… END_OF_DOCUMENT_TOKEN_TO_BE_REPLACED

There are lots of ways you can make Pres. Trump feel welcome: you can offer him coffee, or mow a penis into a field for him to view as his plane lands. The willie in question has been chopped by Born Eco ahead of the arrival of President Trump, who visited the UK Monday for… END_OF_DOCUMENT_TOKEN_TO_BE_REPLACED

The year isn’t even halfway over, yet Donald Trump has managed to make a fool of himself and our country countless times. From inviting the national college football champions, the Clemson Tigers, all the way to the White House for some McDonald’s to his to the dreaded results of Mueller’s investigation, it has been one… END_OF_DOCUMENT_TOKEN_TO_BE_REPLACED

Republicans have always said that when they gained control in Congress, they would work to overturn Roe v. Wade and here they are, cashing in on that promise one state at a time. So far, Alabama, Arkansas, Georgia, Kentucky, Missouri, and Ohio have all passed incredibly restrictive laws on abortions, making it illegal for women… END_OF_DOCUMENT_TOKEN_TO_BE_REPLACED

If you’re on Snapchat, then you’ve probably played around with (and were likely horrified by) their filter gender swap filters. While you’re probably using these filters to send hilarious pics to your friends, some guys using them to create Tinder profiles. What likely started out as a joke has quickly evolved, and these guys are… END_OF_DOCUMENT_TOKEN_TO_BE_REPLACED

“Milkshaking” is a hilarious trend in Britain where a milkshake is thrown at and ideally lands on a far-right politician or activist. The point of this nonviolence protest is to humiliate them without causing injury. Physical injury at least. There’s no doubt that milkshaking has led to a few bruised egos. Not only is this… END_OF_DOCUMENT_TOKEN_TO_BE_REPLACED