Geez, What’s In Those Waffles?

Waffles are better than pancakes.

The genetic makeup comprising of half fluff, half crisp allow a greater complexity of texture, resulting in a more rewarding eating experience. They’re not just chewy and mushy.

And they pair better with other traditional breakfast items, like over easy eggs or slightly burnt sausage.

Why, then, are so many extremely violent episodes taking place inside Waffle House locations? From numerous police officers using excessive force against black patrons who have done nothing wrong, to an outright mass shooting — it seems, lately, that the divisive tensions bubbling beneath the surface of our society seem to erupt with particular frequency at the chain of restaurants open 24 hours a day. But, why Waffle House?

Leggo My Eggo (And My Throat)

In a video that went viral last week, a 22 year old man (“Wall”) dressed for his sister’s prom (he had accompanied the sixteen year old as her date) found himself on the receiving end of extreme force by a police officer. The officer put his hands around Wall’s throat, choking him, and shoved him against a glass wall. Wall reacted instinctively, yelling “Get your hands off me!” but otherwise not engaging physically. The officer threw him to the floor and handcuffed him. 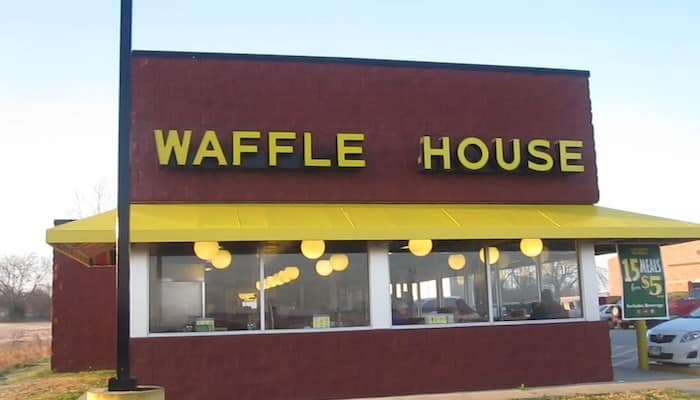 Before the incident, Wall and his sister had gotten in an argument with the Waffle House staff, who then proceeded to call the police. What happened during the argument, and preceding the choking, is unclear. But it’s hard to imagine anything taking place that would justify such violent force against an unarmed man wearing a dress vest, accompanied by his young sister. Wall himself claims that the officer hadn’t even spoken to him before slamming him against the window.

Was it something in the waffles?

Only a month earlier at a different Waffle House, police threw a black woman to the ground. They threatened to break her arms if she didn’t cooperate. The woman’s “crime” had been insisting to file a complaint with the chain restaurant’s district manager, after claiming she should not have to pay for the plastic utensils she requested with her meal. Whether she was in the right or wrong regarding the restaurant’s “plastic utensil” policy — in what universe is genuinely threatening to break someone’s arm an appropriate response by police? Over a plastic utensil?

The NAACP Legal Defense Fund spoke up about the two incidents:

“In both cases, the Black customers were reportedly unarmed and non-violent. Neither situation warranted police intervention, let alone such gratuitous use-of-force. Waffle House must conduct an extensive review and overhaul of its policies to ensure that employees do not needlessly subject customers of color to police contact and brutality. Police officials are not a private security force for untrained Waffle House employees. Waffle House cannot continue to avoid this issue.”

Of course, violence within Waffle Houses doesn’t only happen because of police.

In late April, in yet another instance of a mass shooting taking place in America in 2018, a man brought his AR-15 to the popular breakfast chain and killed four people. His spree had only been interrupted by a heroic man apprehending the shooter while he reloaded the gun. The man wrestled it from his hands and forced him to flee the scene. Authorities caught the shooter nearly two days later.

Although the shooter had been white and every killed individual had been black, Nashville mayor David Briley saw no reason to attribute the massacre with race-based motivation.

“Nobody has told me anything that would indicate that’s the motivating factor,” said Briley, preferring an explanation more attuned to: “enough indication that there was some element of mental illness associated with it, as opposed to it being intentional or planned.”

Although mental health is a popular scapegoat for explaining the violent actions of white individuals or deadly incidents involving guns, the Trump Administration proposed a 2019 budget that would dramatically cut mental health initiatives.

Appropriately, the black man who wrestled the gun away from the shooter rose to national, decorated renown. Popularly hailed as the Waffle House Hero, James Shaw Jr. glowed with modesty even as fathers profoundly thanked him for saving their young children’s lives. 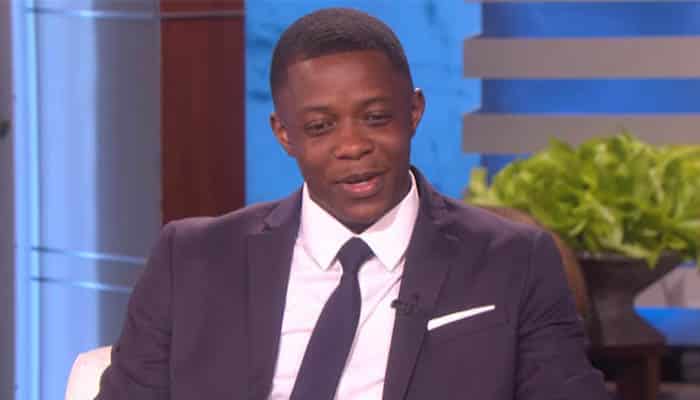 It’s easy to look at all these horrific things happening at Waffle Houses and blame the waffles.

And yet, there are some who might look at these instances and not see anything wrong at all.

“They shouldn’t have argued with the staff, then the police wouldn’t have been called,” they might say, forgetting about the numerous times they themselves have yelled at someone in the service industry for not catering to their whims. For some, it’s easy to blame minorities for the injustices piled against them. “They should just be more like me,” they might reason.

It’s easier to blame the waffles than confront a society unfairly tilted in their own favor. Ignoring it means that maybe it won’t change — and you won’t have to stop reaping the benefits. After all, it’s not your fault.

But how can it be the waffles, when this stuff happens everywhere?

Last week, a Republican candidate for Congress filmed herself harassing a transgender woman using the bathroom. With the camera on her phone rolling, the candidate (Jazmina Saavedra) entered the restroom and yelled at the woman already inside a stall, using the restroom.

“I’m trying to use the ladies’ room and there is a man here claiming that he is a lady,” yelled Saavedra.

“You violated my right. You are sick and stupid,” the Saavedra said.

The incident took place inside a Denny’s in LA. 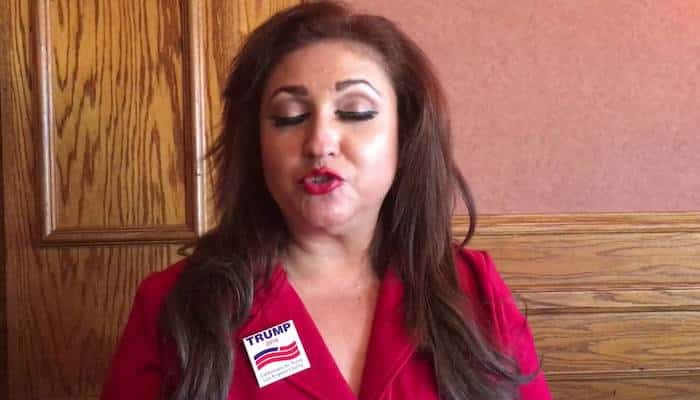 It’s not the waffles.

It’s the people. Waffles are better than people.