16 Books About Donald Trump You Won’t Believe Are Real

Note: This article on insane-but-true books about Donald Trump is not for the faint of heart. If you’re not ready for your normal world to stop making sense altogether, turn back now!

Truth is always stranger than fiction. And I can prove it.

Since winning the election — heck, since long before that — Donald Trump has been the subject of many a published book. Most of them are biographies or examinations of his ideas and policies. But some of them dip into, shall we say… stranger waters.

Behold, sixteen books that are too insane to be real. And yet they are! 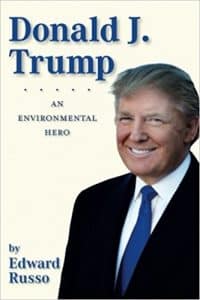 Behold, the most laughable book title of the decade. Donald Trump is NOT an environmental hero. How do I know this? Because: 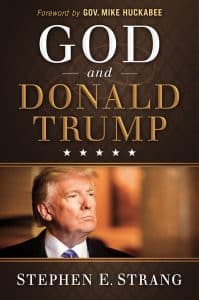 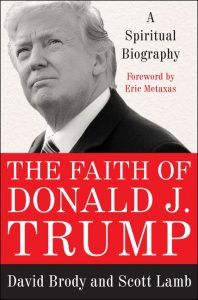 These two are burning up the charts in Christian bookstores. Because the faith-minded set desperately wants to feel better about giving their undying support to a lying, cheating, sexual predator who’s only drive is being the most important man in the room.

The story goes that during the 2016 campaign, Trump met with a dozen or so prominent Christian leaders — including the likes of Franklin Graham and Focus on the Family’s James Dobson — wherein he supposedly had a conversion experience. Subsequently, he was described by Dobson and others as a “baby Christian,” just learning the ropes of being a believer, and so on. The implication was obviously, “Go easy on him because he’s new to this. Give him time and he’ll be a model of virtue in no time.”

We’ve all seen how that worked out. 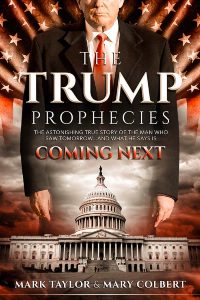 There’s another group of believers on the other side of the fence that see Trump as potentially the Antichrist.

He’s a horrible person and he’s bad for America, but let’s hope it’s not THIS bad.

The Beautiful Poetry of Donald Trump 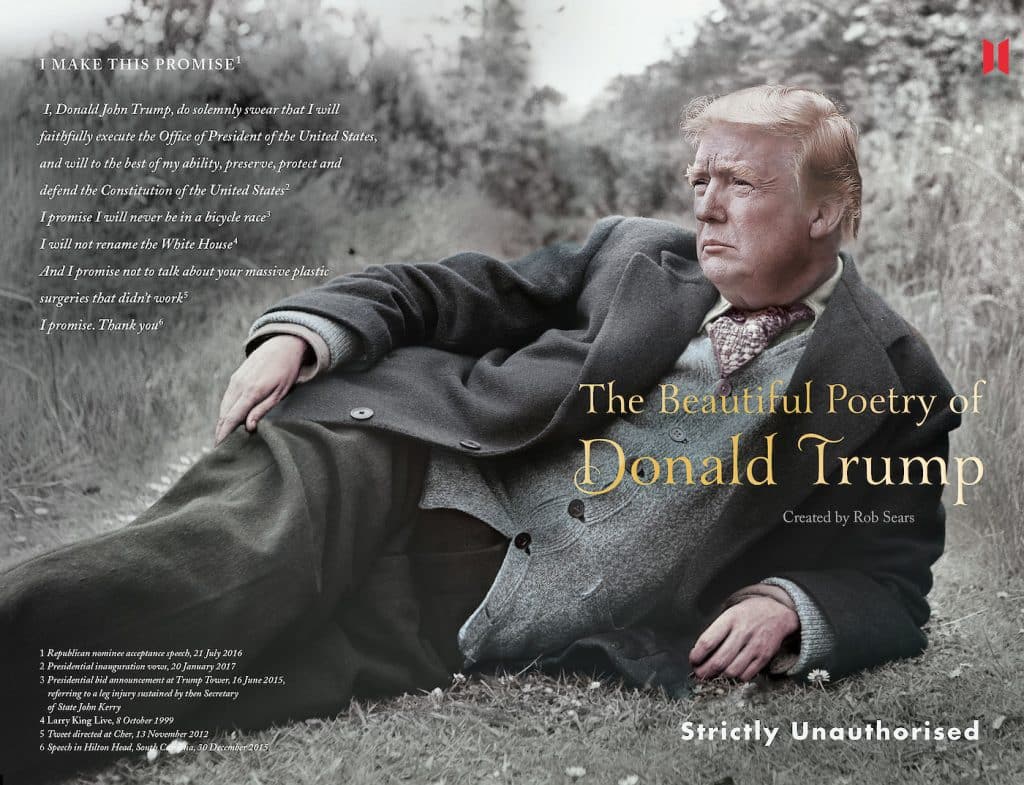 Okay, I admit it: this one’s kind of clever.

The author compiled and reordered some of Trump’s many, many tweets and transcripts and was surprised to find “poetry” in the results. Could Donnie be more sensitive and soulful than it appears?

No, of course not. But this cheeky book imagines a world in which he is. 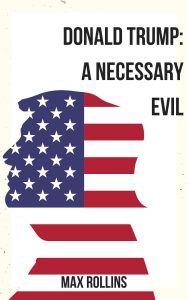 This tiny, self-published tome — it’s a meager 38 pages long — argues that America has made so many missteps over the last three or four decades, that in Trump, we’re getting exactly what we deserve. It’s hard to say if the author is pro- or anti-Trump, the description does nothing to clear things up, and at the time of this writing, there are no customer reviews to help figure it out. Approach at your own peril.

The Art of the Donald 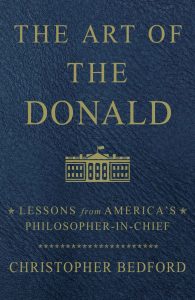 The Art of the Donald: Lessons from America’s Philosopher-in-Chief sounds like a soundly tongue-in-cheek book, but here’s the unbelievable part: it’s not. It’s a completely sincere self-helper, breaking down Trump’s “wisdom” on various topics like how to handle business transactions, dealing with competitors, believing in yourself, and more. The description even says it’s “written in the style of Sun Tzu’s The Art of War.”

A more appropriate title would be: How to Offend Humans and Be Perceived as a Buffoon.

The Amazing Story of Donald Trump 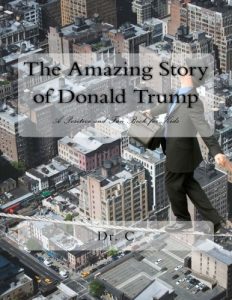 This one is a “special, colorful” children’s biography that sets out to illuminate the truth about the President. It’s one of about two dozen such books on various topics by the same author — the majority of which use the world’s most reviled font, Comic Sans, for their cover art. Appears to be pro-Trump, although it could take a more middle-of-the-road approach.

Don’t ignore the subtitle, by the way: “A Positive and Fun Book for Kids.” If you have to come out and SAY that it’s “positive and fun for kids”… 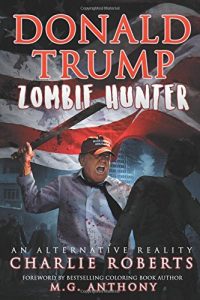 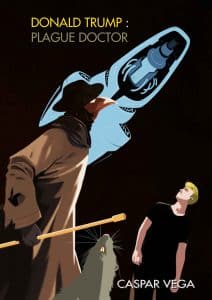 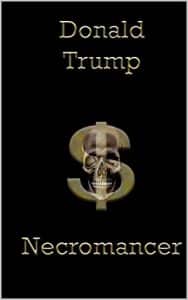 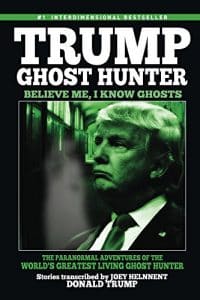 We probably should have seen this coming… What if Donald Trump, the savior of the American dream, were a real-life action hero? Several authors have jumped on this bandwagon, imagining the Donald as a ghost hunter, a zombie killer, a wizard, and more. Honestly, I have no idea if any of them are written out of appreciation or loathing for Trump. But does it really matter?

You want to know why these over-the-top fictional books about Donald Trump exist? Because someone out there will buy them.

The creators of this book(let) recreate famous American icons and imagery — like Uncle Sam, Ronald McDonald, George Washington, Iron Man, Batman, and more — and inserts Trump’s face into them.

Is it tongue-in-cheek? Probably, although one can’t say for sure, because there’s no doubt that Trump’s cultists see him as having the mythical/superhero status this book depicts him in.

I wonder if Rosie the Riveter is in there. 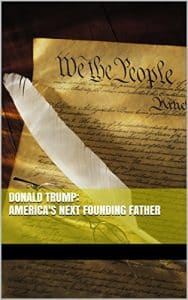 Taking the approach that Trump’s election victory was “another American Revolution,” the author draws parallels between the “self-made men” who founded the nation and the “self-made billionaire” who’s currently leading it.

Ladies and gentlemen, I give you literary vomit. 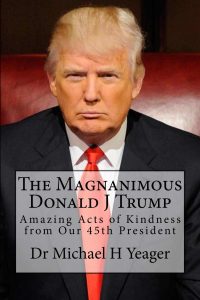 Yet another volume that exists to ease the consciences of Trump supporters. “See, he’s a GOOD person! Here are a whole bunch of stories I dug up that prove it! Some of them might even be true!”

(Anybody want to take odds on whether Trump knows what “magnanimous” means?) 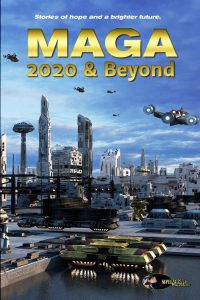 This may just be the most unbelievable book on the entire list, so I’m ending with it. MAGA: 2020 & Beyond is — I kid you not — a collection of science fiction short stories about the post-MAGA future America that Trump is building as we speak. If you want to see just how serious the convictions of Trump’s strongest cult supporters are on topics like immigration, the climate change “hoax,” and 2nd Amendment rights, MAGA: 2020 & Beyond will take you on a deeper dive than you believe possible.

There appear to be some 25 short stories (and five essays), each examining different aspects of the Trump presidency, and all from a positive, pro-Trump standpoint. Part prophesy, part scifi, every story desperately wants to be a vindication of Trump’s policies as all the world will surely come to see them in the near or distant future.

Thrill to the suspense of “Winning Is What We Do,” wherein “The Great Border Wall is under attack by unknown forces. Fortunately, President Trump has a secret weapon at his disposal: Barron.” Wait, BARRON?? WHAAAAA?

Revel in the truthy satisfaction of “Dolus Magnus: The Great Hoax,” where “An aspiring scientist has a crisis of faith over his discovery he’s been a part of the climate change hoax.” AKA, Big Coal’s wet dream every single night.

You’ll be in awe of “Equality,” when “on the historic date of Feb. 25th, 2036, Libby’s life changes when she is thrust on the road to empowerment and self-reliance by a gun-toting ‘ammosexual’ granny.” I swear I’m not making this stuff up — and judging by the reviews (which frequently warn “snowflakes” to stay away while laughing their butts off), it’s meant to be taken seriously.

Everything about this book makes my brain hurt. And my heart. Soul, too — because unlike these authors, I still have one of those.

Did I mention that the Foreward was written by Milo Yiannopoulos?

This is the book found in Hell’s waiting room.

Donald Trump is the Most Goodest at Science