by Kevin R 5 years ago10 months ago

A light sheet of rain tapped on the windows of the Eisenhower Executive Office Building in a steady rhythm.

It was one of Vice President Mike Pence’s busiest days yet.

On his desk, a half-eaten box of popcorn started to grow stale.

Beside the box, Pence’s mobile phone was powered off to preserve battery.

A framed photo of Garfield looked down from his place on the office wall. His eyes narrowed, a smug smile, his arms crossed — the cat knew something Pence did not.

Somehow, Pence’s tie had come undone during his nap. He rubbed the sleep from his eyes. His mouth was filled with a damp musk. He rolled over on the lumpy leather couch and saw his office door was open. A crowd of people stared inside, open mouthed.

“What did you just say?” said one among them.

“Huh?” said the Vice President, not fully awake from his scheduled afternoon nap.

“That thing you just said about Joe Arpaio. My God, it’s already been leaked to the press,” they elaborated.

“What do you mean?” said Pence.

The Great Guy Who Ran A Concentration Camp

The ramifications of Pence’s sleepy-time utterations magnified under the bold print.

“This is why Pence’s sickening embrace of Arpaio is so important,” read one headline posted by The Washington Post.

After a certain point, as always is the case with this administration, the only thing left to do was double down. Thus, at an event with the group America First Policies (which mostly exists to adore Trump), Pence repeated his declarations born from uneasy slumber. 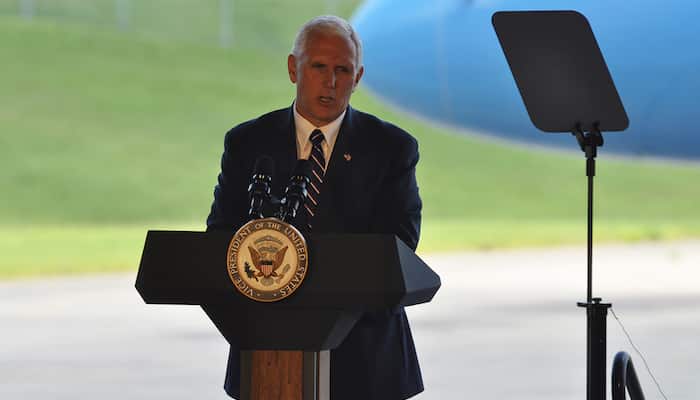 “A great friend of this president, a tireless champion of strong borders and the rule of law,” said Pence. “He spent a lifetime in law enforcement — Sheriff Joe Arpaio, I’m honored to have you here.”

Of course, Joe Arpaio’s lifetime in law enforcement came at great expense for many. One man spent four years in prison after being framed for the supposed assassination-attempt on Arpaio, which Arpaio himself orchestrated to fuel votes for his reelection.

More famously, Arpaio operated a self-described “concentration camp” while running the prison in Maricopa County. Those imprisoned for only minor crimes slept in tents that could reach 130 degrees in the Arizona heat. Fueled by racist hatred and a particular interest in torturing undocumented immigrants, the Maricopa “Tent City” was overcrowded, understaffed, and unconstitutionally inhumane. For sustenance, prisoners received rotting food.

The man whom Pence described as champion of the law received special attention last year for ignoring the law.

Essentially, a court convicted Arpaio of criminal contempt after he defied an order to cease his racial discrimination. Then, President Trump swooped in with a pardon. By accepting the pardon, Arpaio admitted his guilt.

Now, Arpaio is running for a Senate seat in Arizona, opened by the vacating moderate conservative Jeff Flake.

The election in Arizona this November will be one of the few Senate seats in which the incumbent is a Republican. By contrast, the Democrats are defending 26 seats. However, a divisive, exorbitantly racist and amoral figure like Arpaio could spell disaster for the the Arizona GOP if he succeeds in securing the Republican nomination in this summer’s primary. Though Arizona has been a reliably red state, voting margins have been growing more and more slim over the years.

Pence’s endorsement gave Arpaio a boost, and that worries Republicans. Not because they disagree with Arpaio’s views, but because his prospects as a candidate are unpredictable. That, more than anything, makes Pence wish he hadn’t cried aloud during his 2 PM nap that fateful afternoon.

A Busy Day For Pence

The Vice President’s day was set in stone, as it is every day. His itinerary was packed to capacity.

He would start the morning with bacon, his favorite food.

Then, he would spend the morning gazing wistfully out the window, ruminating over last night’s reading of ‘Mere Christianity’ by C.S. Lewis. Intermittently, he would distract himself by eagerly anticipating Friday night’s treat of Supreme Thin Crust pizza and his favorite nonalcoholic beer (O’Doul’s).

Just before his nap penciled in at 2 PM, Pence would think angrily about the 1999 liberal propaganda film ‘Mulan,’ produced by Disney.

He would remember fondly the words he wrote in his op-ed. The thought of those countless liberal tears it had triggered eased Pence into a quiet reverie.

“Despite her delicate features and voice,” Pence had written, “Disney expects us to believe that Mulan’s ingenuity and courage were enough to carry her to military success on an equal basis with her cloddish cohorts. Obviously, this is Walt Disney’s attempt to add childhood expectation to the cultural debate over the role of women in the military.

“I suspect that some mischievous liberal at Disney assumes that Mulan’s story will cause a quiet change in the next generation’s attitude about women in combat and they just might be right.” 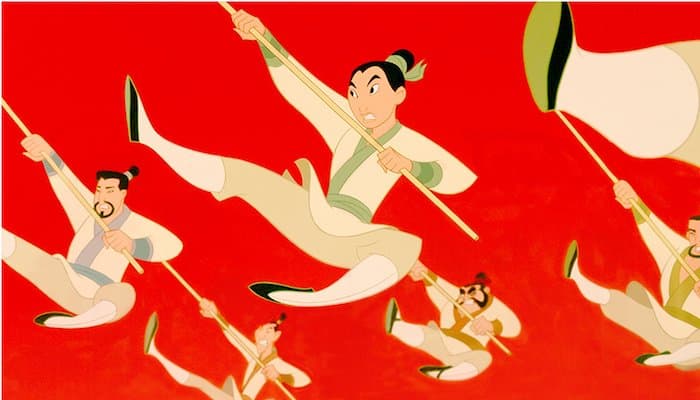 The ecstasy of his daily reflection on women’s proper place in the spheres of society would lull Pence into a restful sleep. He would wake up three hours later for his daily 5 PM indulgence: Indiana popcorn to conclude his busy day to work.

Or, so he thought.

The Nap That Became A Nightmare

His brow wet with sweat, his vocal cords throbbing with ghosts of hesitant groans, Pence awoke with a start on that cursed afternoon.

Perhaps the imminent Blue Wave led to this uneasy rest.

Or, the latest Trump scandal (who even knows which one?)?

Or, perhaps the millisecond of thought he dared spare to the unthinkable: the fantasy of dining with a woman other than Mother.

Maybe it was a glimpse beneath the fog he placed within his memory: the insolence of the handsome gay Olympic athlete Adam Rippon who refused to meet privately with him.

Whichever led to Pence’s sleepy outcry, the damage was the same.

With eyelids half closed, Pence had endorsed Joe Arpaio, a man who refused to investigate dozens of sex crimes against children. Who oversaw a literal concentration camp. And who was a primary proponent of the Obama birther conspiracy. For Pence, these were only a few of Arpaio’s virtues. Furious headlines printed faster than melting ice cream. Why couldn’t they see the beautiful man that Pence did?

It would have been more prudent to hide his love for this man, Pence knew. But, he couldn’t help where his mind wandered during the blissful moment between dreams and awakenings.