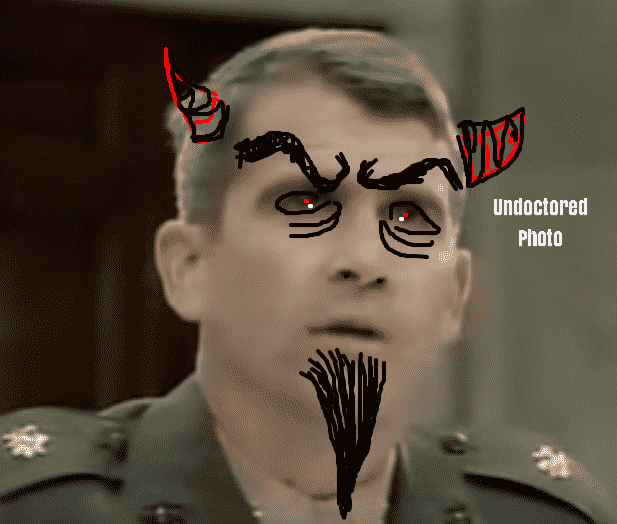 Well, bad news supporters of the NRA. You all had to know something was coming with gun violence reaching a boiling point and all eyes pointing towards the NRA wondering how they intended to handle all the backlash. So how did they handle it? Seems they just came out and and did something so incredibly stupid it will echo on the strings of eternity forever.

The NRA just ‘hired’ one of the  biggest illegal gun runners in the whole world as THEIR PRESIDENT! Yes, a man who was literally put on trial at the supreme court. for privately selling arms to countries who would go on to use them on us.  A rather infamous political figure who worked under President Reagan named Oliver North.

The NRA just hired a homegrown, grass-fed terrorist as their president, and I, for one, am not the least bit surprised.

Yes, THIS Oliver North. The dude who sold weapons to Iran and basically got away with it.

Yes, the same man who had to testify in the Iran Contra affair also knows as the time our own government secretly sold weapons to Iran they are now using to kill our soldiers. Honestly, it is SUCH a stupid misstep when the world is watching the NRA more closely than ever, . Rumor is they wanted to give the job to Osama Bin Laden but he was too busy being dead. Only a fool would not be able to see that the NRA pretty much just shot themselves in the foot with that choice

The world is devastated by the news that Britain’s Prince Philip, the Duke of Edinburgh, has died at the age of 99. Palace media confirms that the Duke has expired mid-day today, April 9th. The announcement did not contain any specifics on the cause of death. The United Kingdom will enter a state of national… END_OF_DOCUMENT_TOKEN_TO_BE_REPLACED

Who would have known that religious prophets would be among the most loyal supporters of former President Trump? In fact, it has been observed that the most conservative Christians may have been the right amount of push for Trump’s presidential win back in 2016. Since Trump’s election back in 2016, numerous self-proclaimed “prophets” have been… END_OF_DOCUMENT_TOKEN_TO_BE_REPLACED

President Biden falls and slips multiple times on the Airforce One Steps and PEOPLE ARE GOING CRAZY! What’s the big deal? Some people are hating, while others are making memes just for the fun of it. We are all human, aren’t we? Everyone’s expected to stumble some time in their lives. However, with the internet… END_OF_DOCUMENT_TOKEN_TO_BE_REPLACED