Honest Abe Shares Thoughts On Trump’s America From Beyond the...

Former president Abe Lincoln may be long gone, but his beliefs and efforts have been guiding our leaders in the White House for decades. Known for both his height and his intelligence, Honest Abe made great strides during his presidency, yet somehow, we have digressed quite a bit since then. It has been over 150 years since his death, and Lincoln’s peaceful slumber has likely been interrupted by the clear divide in our country these days. Here’s a look at Lincoln’s thoughts on Trump’s America from beyond the grave. 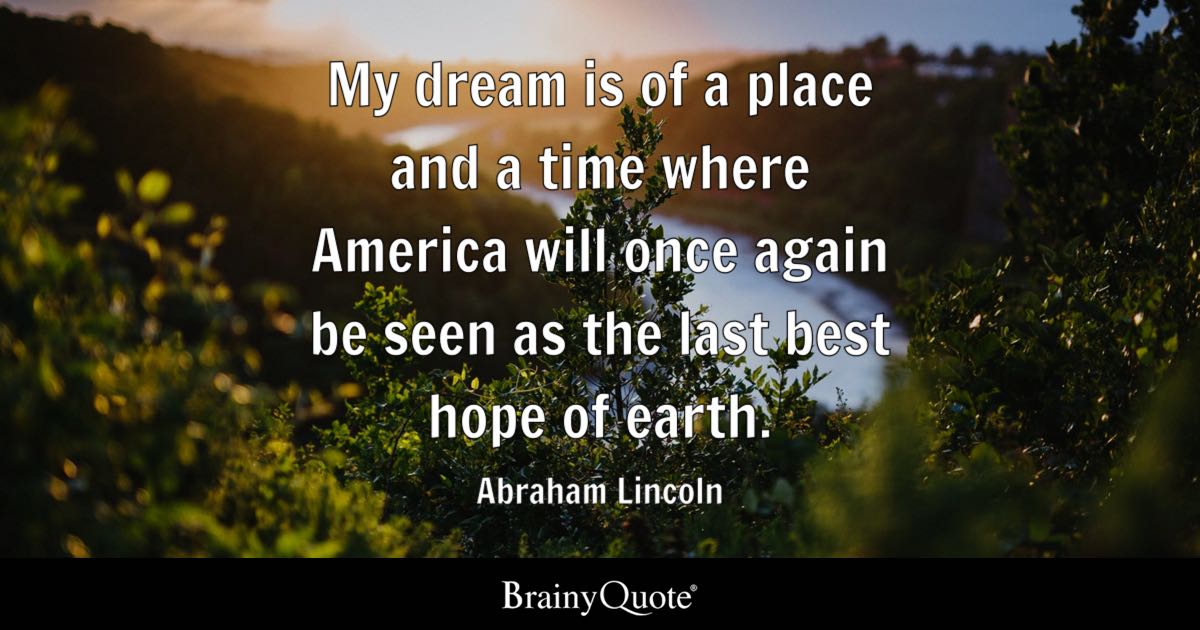 While our current president may not believe in climate change or really anything that comes out of the mouth of someone with a real education, scientists didn’t always have to work so hard to get the support of the general public. In fact, Lincoln was a huge supporter of the science and technology fields, creating the National Academy of Sciences in 1863 which is still used to this day to advise Congress on such matters. Many believe that it was his support that set our country on a course toward obtaining a scientifically educated government, one that would take care of our planet and ensure humans stuck around for a while. So, it’s pretty obvious that good ol’ Abe would disagree with Trump’s insistent climate change denial and would even warn us of what could happen if we continued down a path of no regard for our planet. We will become extinct. Duh. Fortunately, there are many other countries who take climate change and other important environmental matters seriously, and Trump’s idiocy may not do any permanent damage. 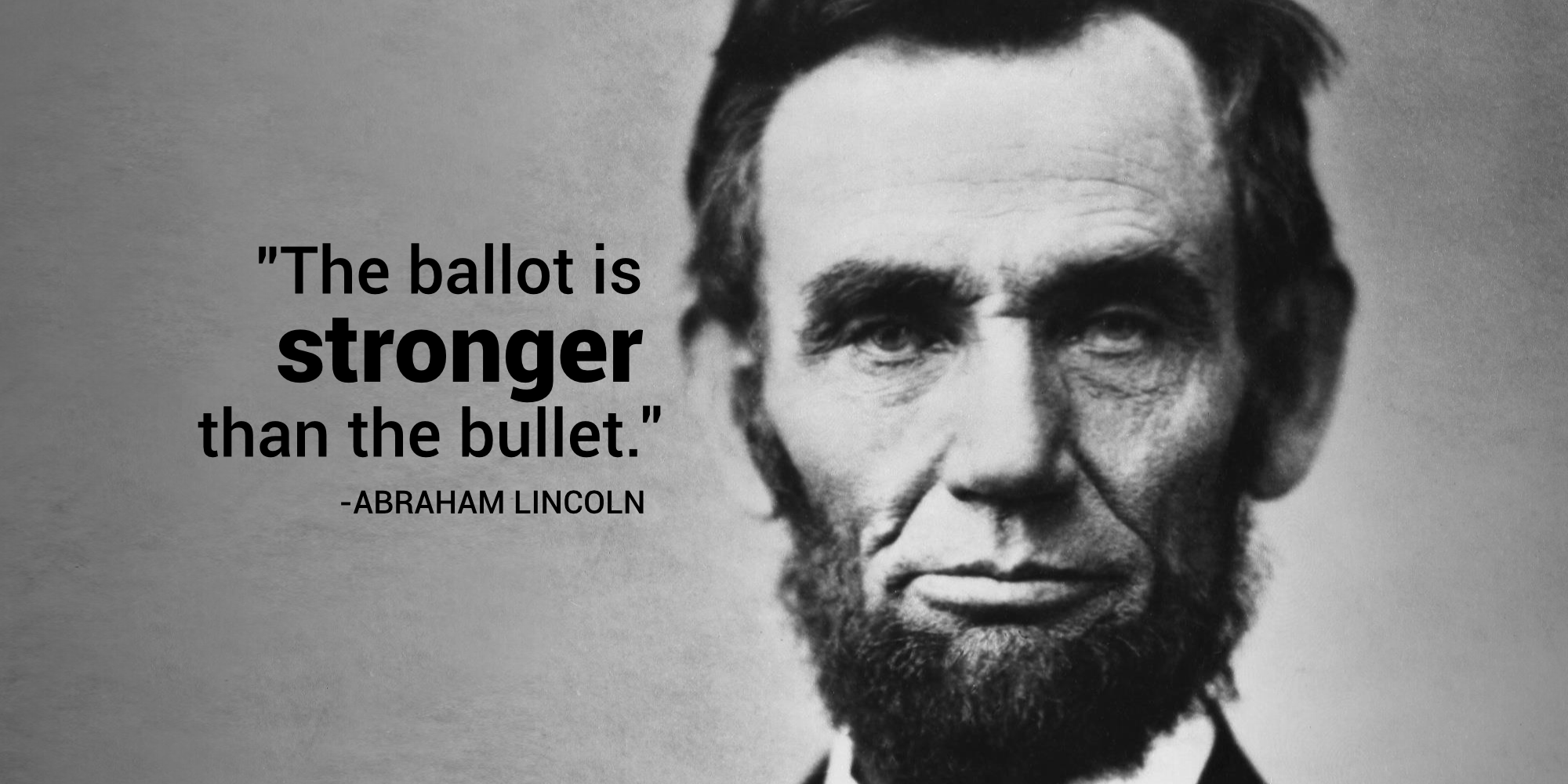 People can’t be bothered with politics these days. Even though we have infinite amounts of knowledge at our fingertips at nearly all times, we choose to share memes and troll people rather than expand our minds. When Lincoln was elected in 1860, the public was extremely passionate about politics, and over 80 percent of eligible voters hit the polls. That is vastly different from voter numbers today, which have been just over 50 percent for the last few presidential elections. Not to mention the fact that people don’t even realize when other smaller elections are occurring these days, myself included. Lincoln considered being involved in politics to be a “noble pursuit” however the public has obviously lost interest over the years. Perhaps that’s how we got to where we are today. 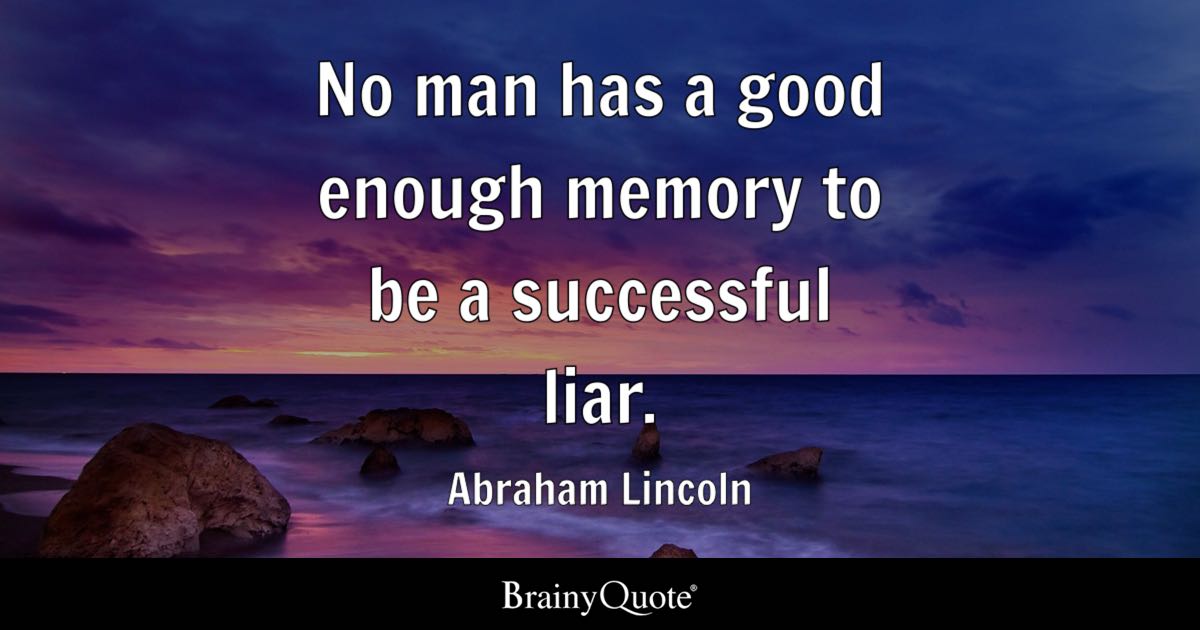 During Abe Lincoln’s era, only the most respected members of society ran for offices in government. A man like Donald Trump, who has been caught in dozens of lies, speaks with little intelligence, and seems to be entwined in a new sex scandal every other week wouldn’t have stood a chance. His name would have never made it on a ballot. Yet, today, this man is our president. While other countries are laughing at us, Lincoln is certainly shaking his head in disappointment. He’s also lecturing Trump on how the fact that he was a Republican in his day might be true, but that the political parties held vastly different views back then. Something our president would know if he actually prepared himself for his position in office.

We all know where Lincoln stood on slavery. Not only did he see to its demise but he put in motion the steps needed for racial equality to come about. Unfortunately, it never really did. On paper, we all may have equal rights, but it has become abundantly clear in recent years that racism is still a major issue in our country. There’s no questioning the fact that Lincoln would be absolutely disgusted with America’s current climate and racial tension, yet also proud that these injustices are finally being made public knowledge. In a letter to a friend in 1855, Lincoln wrote: 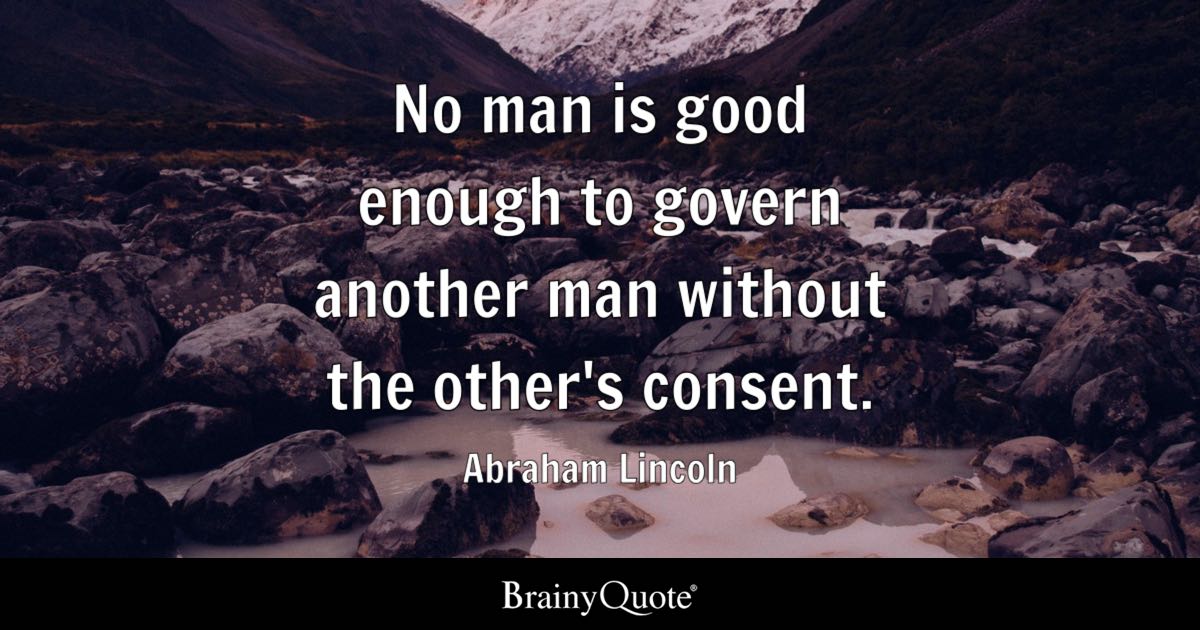 While Trump is desperately trying to make America “great” again by kicking out as many immigrants as possible before he gets impeached, Lincoln had a far different approach while he was in office. The former president faced a similar reaction from American citizens when Irish and German immigrants came to the states, as they worried these newcomers would take all of their jobs and walk the streets drunk all day. Additionally, these immigrants were largely Catholic and were feared by Americans who were mostly Protestant during this time. Sound familiar? Anti-Catholic American organizations began to pop up, adding to the already ridiculous hysteria and one even became official, known as the Know Nothing Party. Their leaders promised to enforce deportation laws, restrict immigration, and allow only native-born citizens to hold political office positions. If anything, the development of this party pushed Lincoln to enforce equality, making it known that this was what made our country so great. It’s almost as if he were talking directly to Trump from the past. 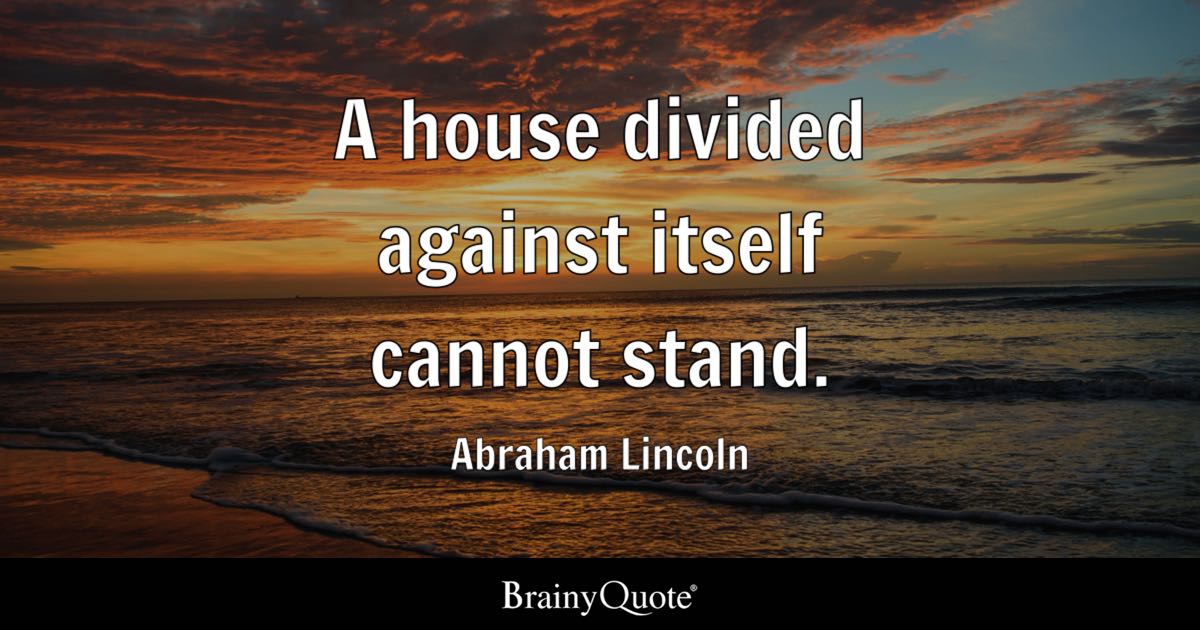 There’s no doubting that we are a country divided. You’re either on the left or the right, and if you’re not sure which side you’re on, simply post something political on Facebook or Instagram. The world will be more than happy to let you know where you stand. For someone who worked so hard to encourage unity among race and class, Lincoln would surely be shocked by how divided we’ve become. And it’s more than just race and class. It’s gender, sexuality, immigration status, religion, political stance, and so much more. It may be true that a house divided cannot stand, but somehow we’re still hanging in there, balancing on our last foot.

So, what would Lincoln think of all this? In his own words, “Any people anywhere, being inclined and having the power, have the right to rise up and shake off the existing government and form a new one that suits them better.”

Battle of the Crazies: Donald Trump vs. Kim Jong-Un