It’s God’s Plan To Ban Guns From NRA Event (During...

The Lord works in mysterious ways.

Recently, his Divine Will revealed itself to the American people.

If you want to protect someone and ensure their safety, said Christ, implement restrictions on guns — say, a ban.

The US Secret Service will carry out His message this Friday at the National Rifle Association’s Institute for Legislation Action leadership forum keynote address, in which Vice President Mike Pence is scheduled to speak. In order to keep Pence from harm’s way, the Secret Service, acting on behalf of The Savior, banned all firearms from the event space, in addition to firearm accessories, knives, selfie sticks, drones, toy guns, etc.

“God spoke to me in a dream,” said one Secret Service agent. “He said, ‘Don’t let an event full of unvetted individuals carry deadly weapons in the presence of a polarizing figure, dummy. Do I really need to tell you this?'”

No Good Guys With Guns At NRA Event

The ban on guns is only during Pence’s speech. The NRA-ILA Leadership Forum will otherwise welcome firearms with open arms.

In response to headlines suggesting it was the NRA deciding to ban guns from their event, spokeswoman Dana Loesch tweeted, “NRA banned nothing. The media does this every year. It’s Secret Service SOP and they supersede all start [sic] and local control.”

Still, the nonconsensual ban carries heavy implications. Namely, that the best way to guarantee someone’s safety is to enact regulation. Rather than rely on their own ability to subdue would-be assassins, The Secret Service (literally good guys with guns) prefers a blanket ban. Because an absence of guns is safer than an excess. 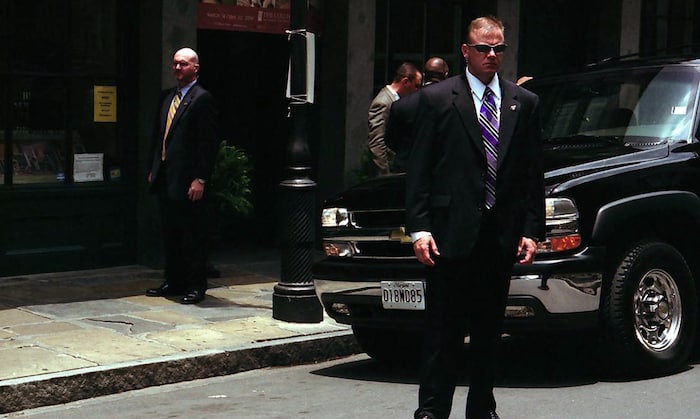 “I was lighting candles to create a serene atmosphere for my evening bath,” explained one Secret Service agent, “and I noticed a peculiar flickering of the flames. I knew it was God. The steam from the piping hot water rose in spirals, casting fog across the mirrored glass of my tub’s doors. That’s where I saw His will written.”

For a moment, the agent shivered.

“It said, ‘This is just obvious, guys. Come on.’ At first, I didn’t know what that meant. But then at that very moment, my gun fell from its holster and onto the floor, accidentally firing. The bullet shot through my tub’s glass door, shattering it and showering me in shards of broken glass. Then I was like, ‘Oh, OK, I get it.'”

Trump’s Going To Take Away Your Guns

The Parkland students who survived a deadly shooting at their school only a few months ago were quick to pick up on the irony.

Student Matt Deitsch, Chief Strategist of March For Our Lives, tweeted, “Wait wait wait wait wait wait you’re telling me to make the VP safe there aren’t any weapons around but when it comes to children they want guns everywhere? Can someone explain this to me? Because it sounds like the NRA wants to protect people who help them sell guns, not kids.”

As it turns out, protecting the lives of children is not part of God’s Plan. Hundreds of thousands of people participated in the Parkland kids’ nation-wide event, The March For Our Lives. And yet, representatives in Congress have taken no meaningful action since. President Trump himself flipped from initial support to a more adversarial position, warning his supporters at a rally of the danger of a 2018 Blue Wave in which newly elected Democrats will take away their guns.

Ironically, it is Trump’s own presence that takes away guns, as he is also scheduled to attend the NRA-ILA, contributing to the preventative measures taken by the Secret Service.

“You have to wonder,” commented one agent, “if it’s God’s plan to expose the hypocrisy? The irony? Maybe then something will actually happen, and we’ll actually make progress?”

At the suggestion, the room erupted with laughter.

Advocates for the NRA are incessant in their belief that guns make the country safer. 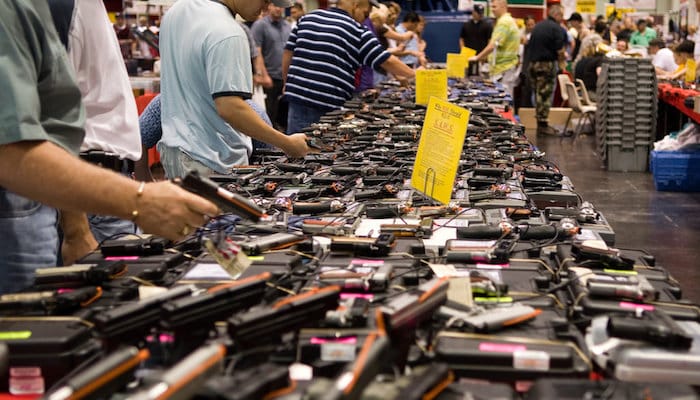 They make schools safer, because then armed teachers can quickly kill the shooters who would invade their campuses. Education Secretary Betsy DeVos proposed cutting $3.6 billion from a budget that already fails to provide teachers adequate salaries or appropriately supplied classrooms. And yet, Trump promises federal funding for training educators on how to shoot to kill.

For a country with ballooning incidents of deadly gun violence, the NRA and GOP’s answer is always: more guns.

Except, when it involves the life of the President and Vice President. In that case, it’s no guns.

The father of one of the students killed in Parkland had this to say:

“On so many levels, this is enlightening. According to the NRA, we should want everyone to have weapons when we are in public. But when they put on a convention, the weapons are a concern? I thought giving everyone a gun was to enhance safety. Am I missing something?”

Of course, the NRA did not intentionally enact measures to ensure the safety of their guests, but acquiesced to the the dictations of the Secret Service. If the NRA had their way, they would give out guns at the door (for a rental fee), and have everyone point them at each other so that no one gets any funny ideas. That, however, would be in direct conflict with God’s directive.

“I was enjoying the beach by myself over the weekend,” said another Secret Service agent, “and I had to apply sunscreen on my own back. But I couldn’t reach every part. At the end of the day, my sunburn spelled out ‘BAN GUNS FOR THE LOVE OF GOD – GOD.”

Thus, it can definitely be concluded that when it comes to the GOP agenda, it’s antithetical to God’s Plan.

At the precise moment the setting sun crosses its threshold, the horizon is lined with an infinitely long golden beam. Inside this glittering thread is the words of God’s Plan. 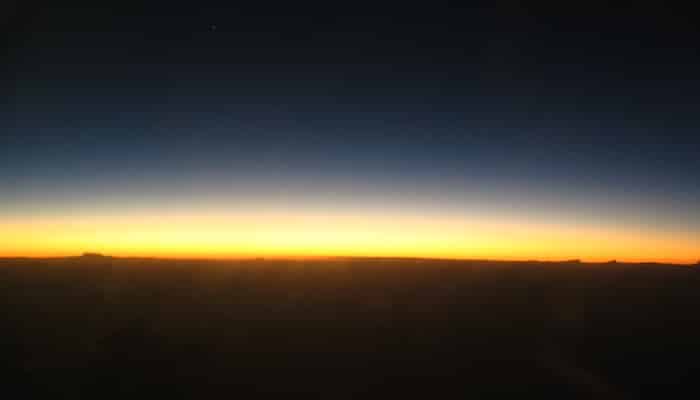 When one Secret Service agent witnessed this phenomenon, he knew that guns were not welcome at the NRA’s leadership forum because they’re deadly, and make any setting more dangerous.

With squinted eyes, he caught the next lines of God’s Plan before they erupted in a bright red flash.

Democrats will take over Congress in November 2018, he says it said.