By The Time You Read This, Everything Will Be Different

Like the huge, shocking, convoluted twist of a at the end of an episode of a 2007 network TV drama, Michael Cohen’s lawyer revealed in court that Cohen’s third mystery client is none other than Fox News host Sean Hannity. Cue the dramatic horns.

It was a climactic moment that not even Fox News anticipated.

In a public statement, they said that they were “unaware” of the legal relationship between the two but expressed their support of their volatile host. Thus far, Hannity minimizes their connection, to the point of denying that Cohen is actually his lawyer, as opposed to a guy he knows who gives him legal advice.

The cinematic unmasking left many blind-sided.

On Monday alone, there was the Hannity reveal, an extension of the already turbulent raid against Trump’s lawyer Michael Cohen. There was the Comey fallout. There was Trump’s refusal to stick with the announced sanctions against Russia. And there was the lingering fear of Trump firing either Robert Mueller or Rod Rosenstein, among a great number of other more minor scandals that would have dominated headlines for months during other administrations.

At any moment, everything can change in a massive way.

That’s why, by the time you read this scheduled article, everything will probably be different.

That point is no more prominent than in the story involving U.S. sanctions against Russia, which reversed in less time than it takes a bot to upload ten thousand MAGA tweets to Twitter.

On Sunday, the U.S. Ambassador to the U.N. Nikki Haley announced new sanctions to be imposed against Russia. For many, the announcement was a relief. After all, the Senate had voted on a Russian sanctions bill with a veto-proof majority. Despite signing the bill in January, the Trump administration has yet to actually implement the sanctions.

By the next morning, Trump publicly reversed the decision which Haley had announced to the U.N. Apparently, action against Russia made him upset and uncomfortable. The President — who faces federal investigation for his company’s potentially illicit ties to Russian oligarchs, and for his Presidential campaign possibly colluding with the Russian government to manipulate the 2016 U.S. election’s outcome — continues to prioritize Russia over U.S. interests.

Earlier in March, following the use of a nerve agent by Russia on U.K. soil, Europe and the U.S. expelled 60 Russian diplomats each from their respective countries.

Trump, however, was mortified that no singular European country expelled 60 Russians, but the E.U. as a whole. As such, the U.S. response was significantly greater than any other individual nation’s.

“We’ll match their numbers,” Trump thought he had made clear. “We’re not taking the lead. We’re matching.”

When reality set in — that the U.S. had indeed taken the lead in a strong stance against Russia’s transgressions, Trump exploded.

“There were curse words,” said a Trump official to The Washington Post, “a lot of curse words.”

“I Don’t Get Confused”

So, there were sanctions against Russia. Then, swiftly, there weren’t.

The reasoning for the reversal flip-flopped just as quickly.

Haley, a former governor, responded, “With all due respect, I don’t get confused.”

With the U.S. currently without a Secretary of State (Trump fired Rex Tillerson one thousand news cycles ago, last month), Haley is currently the leading figure on foreign policy.

Quickly, the White House official walked back his statement. “The policy was changed and she wasn’t told about it, so she was in a box,” he said. 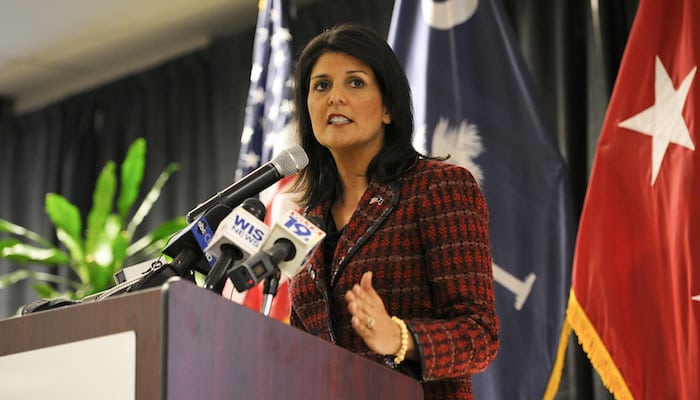 He’s Not My Attorney, But We Have Attorney-Client Privilege

On the “President’s personal lawyer raided by the F.B.I.” side of the news, the President’s most vocal supporter — and by extension, special counsel Robert Mueller’s harshest critic — shares that same lawyer with the President. Hitherto, the connection between Trump, Hannity, and Cohen remained undisclosed.

Even Sean Hannity himself was stunned by the courtroom revelation no one saw coming.

“Michael Cohen has never represented me in any matter. I never retained him, received an invoice, or paid legal fees. I have occasionally had brief discussions with him about legal questions about which I wanted his input and perspective,” he said, contradicting Cohen’s lawyer’s claim in court.

Though it can be hard to imagine an attorney-client privilege existing between a man and a lawyer he never retained nor charged, Hannity maintains he assumed such a privilege existed in their communications. Perhaps, he assumed he could evoke privilege by handing him ten bucks, as he says he would do periodically.

Twenty-four hours later, new developments on this front render even the most recently drafted pre-scheduled articles to be outdated.

Can We Skip To The Impeachment Already?

As it turns out, Cohen is not the only lawyer that Hannity shares with Trump.

Less than one year ago, an Oklahoman radio station received a cease-and-desist order on behalf of Hannity, signed by his lawyers Victoria Toensing and Jay Alan Sekulow. 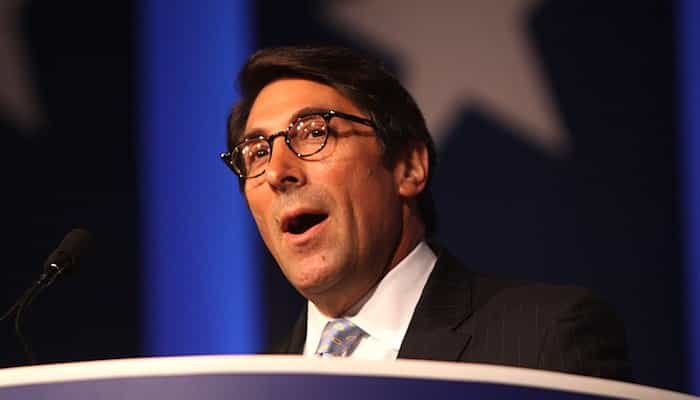 Conflicts prevented Toensing from joining Trump’s legal team, but as of right now, Sekulow is the only known personal attorney of President Trump currently working on the Russia probe.

Both individuals are frequent guests on Hannity’s television show, yet neither have disclosed their legal relationship to viewers, or their common Presidential connection.

It should be a blow to Hannity’s credibility and journalistic integrity, yet for those to whom this developing news matters, he already has none.

By the time you read this tomorrow morning, what else will arise? Will it turn out that Hannity himself is Trump’s secret personal lawyer utilizing an online degree from LawSkool.com? Or will Fox fire Hannity (no, they won’t)? Will Cohen confess, flee, or self-destruct? Will we find out WHY Hannity utilized Cohen’s services, given the lawyer/fixer seems to particularly specialize in hush agreements with powerful men’s mistresses? And will Trump actually stop being petty for two minutes? It’s impossible to predict.

The truth is, you’ve read this far — but most of what’s here is probably irrelevant by the time this is scheduled to post.