Friday was a wild and crazy day. Michael Cohen’s offices are searched in the morning, and by bedtime, the country is deep in operating Desert Stormy, not unlike  President Apprentice Host once was. And all on Friday the 13th, no less.

Apparently, this legally justified and totally necessary military action involved blasting military targets in Syria with cruise missiles in retaliation for President Assad’s use of chemical weapons against Syrian rebels in the country’s ongoing civil war. So we’re bombing Syrian citizens to stop the Syrian government from bombing their citizens. America, doing the obviously right thing since forever ago.

The Source of Inspiration 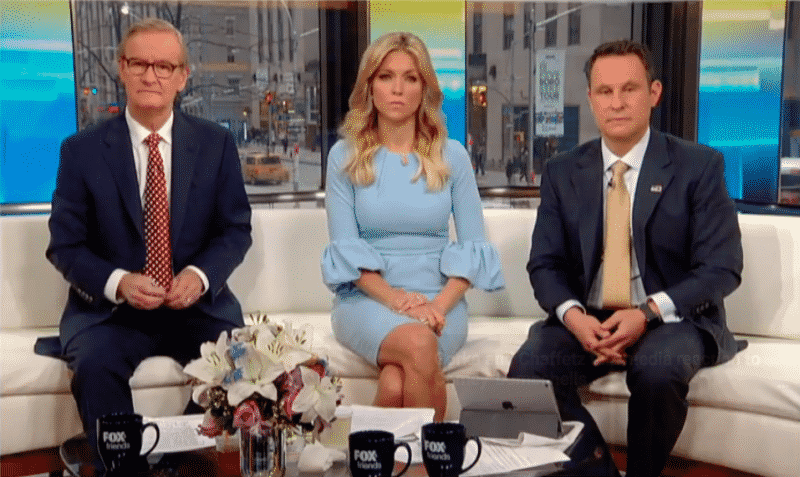 Where did Donald Trump come up with this wonderful plan that is definitely not a distraction from his ongoing legal battles? Well, it definitely wasn’t Fox News, that’s for dang sure. Even though Fox and Friends said that Trump could bomb Syria to distract from Comey’s book and, presumably, the Cohen raid that’s definitely not what he decided to do.

We’re confident that there’s no way President You’re Fired decided to mobilize highly expensive and deadly weaponry, put American lives at risk, and kill innocent people because he got in some hot water on the news. He’s nothing like that! Plus he totally said that bombing Syria was a bad idea on Twitter like A BUNCH back in the day.

Be prepared, there is a small chance that our horrendous leadership could unknowingly lead us into World War III.

In fact, it’s certain this action was planned well in advance. Trump was just watching Assad use chemical weapons on his people, biding his time until, BAM, surprise Friday bombing. We couldn’t hit them the first time we found evidence of chemical warfare breaking the Geneva Convention: that would be an over-reaction.

This is the only way to explain why President Never Cheats decided to bomb Assad for using chemical weapons now, despite equally strong evidence that Assad has been using chemical weapons continuously since the first time the U.S. struck Syria for the same reason. We’re sure to see a very sorry Assad now, that’s for certain.

The bombing campaign in Syria went so well, in fact, that Trump tweeted out “Mission Accomplished!” Because that phrase is untainted, having never represented a bumbling executive’s embarrassing underestimation of a conflict’s difficulty before.

A perfectly executed strike last night. Thank you to France and the United Kingdom for their wisdom and the power of their fine Military. Could not have had a better result. Mission Accomplished!

Tven Ari Fliescher, George W. Bush’s press secretary, had to say he “wouldn’t have used those two words” to describe the mission.

There’s also no way that this tactic could come back to bite us. American has a sterling record when it comes to interfering in the Middle East, with a flawless history of neatly wrapped up conflicts, wars ended ahead of schedule and sectarian strife easily managed. There’s no way that this could be the opening moves in a proxy war that presages World War III or ratchet up already high tensions with America’s growing list of antagonized enemies.

Check out these following totally-not-bad stories:

“Can You Say Why America Is the Greatest Country in the World?”