Epidemic: There’s Officially No Poster Boards Left In the Entire...

by Kevin R 4 years ago2 months ago

A week of chaos inspired 20,000 people to sign up for the MoveOn march, a planned protest with expected numbers now exceeding 300,000. What will trigger the protest? Trump firing either the special counsel Robert Mueller, or Deputy Attorney General Rod Rosenstein, whom Mueller directly reports to.

Over the past week, that precise reality became more imminent than ever. Mueller referred a case against Trump’s personal lawyer, Michael Cohen, to the U.S. Attorney’s Office for the Southern District of New York. That office then sought a warrant for a no-knock F.B.I. raid of Cohen’s office, house, and hotel room. Rosenstein approved the raid. Cohen is screwed. Trump seethes with anger — and not quietly.

With baited breath, everyone awaits the inevitable. They prepare to march. The only problem is, with so many marches happening in quick succession, the U.S. is literally out of poster boards.

“I have a list in my Notes,” she says. “I’ve narrowed it down to a top 10. I take patriotism very seriously. The only thing is, I anticipated the March happening any day this week, so I’ve been trying to find poster board to have my signs ready to go at a moment’s notice. But every time I go to Office Depot, they’re sold out. I might have to use one of my eighth grade science project boards if I can’t find a new one. I’d rather not, though. I mean, I got an A on that.”

Poster board stocks had already been low. 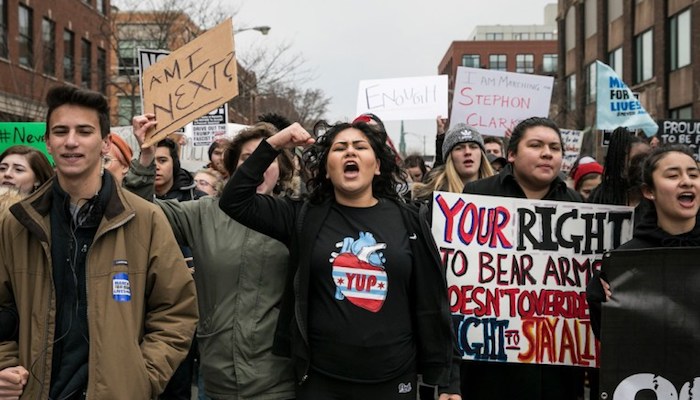 Last month, the March for Our Lives swept through the country. The high-profile protest, organized by the teenage survivors of the Parkland school shooting in Florida, was one of the biggest youth protests since the Vietnam War. Over 1.2 million people marched in cities across the United States, demanding stronger gun control laws for a nation particularly ravaged by gun violence.

For a march largely executed by the power and influence of social media, protest signs are a big deal. Almost as important as your physical participation in the march is the photographic proof. A sign that’s funny, clever, inspirational, or artistically profound makes for a great boomerang on Insta Story. Youth culture, which is just as irreverent as it is woke, comes up with some pretty humorous material to articulate its demand that politicians place greater importance on human life over lobbyist contributions.

Over 1.2 million people marched for gun reform. Each person, for the most part, with their own poster board sign.

Panic intensified last week following the F.B.I. raid on Cohen. Trump’s lackeys flooded Fox News with criticism against Mueller and Rosenstein, presumably to blunt the shock of Trump’s anger flaring to the point of another firing via Twitter. Justice seemed even more likely to be obstructed when Trump met with Rosenstein in the White House for a one-on-one meeting. Many felt he would probe Rosenstein for an excuse to fire him. The given reason for the meeting — “routine [Justice] Department business” — only provided more consternation for onlookers. After all, the only routine business Trump typically performs is spending the week watching Fox News, then leaving to golf over the weekend.

The pair were not without their defenders.

One of the earlier career Justice Department officials to be fired by Trump, former Attorney General Sally Yates, tweeted, “You can’t fire a prosecutor because you’re unhappy he approved a search warrant that relates to your own conduct. No one is above the law.”

However, Trump’s desperation is understandable. Just before the weekend, news broke regarding a key development in the Mueller investigation.

McClatchy reports that Mueller has evidence that Cohen visited Prague in 2016, confirming the infamous Christopher Steele Dossier’s central claim. According to the dossier, Cohen met with Russian officials in Prague to discuss “how deniable cash payments were to be made to hackers in Europe who had worked under Kremlin direction against the Clinton campaign,” and how they could “sweep it all under the carpet and make sure no connection could be fully established or proven.”

Previously, Cohen denied ever visiting Prague, offering a photo of the front of his passport as proof. 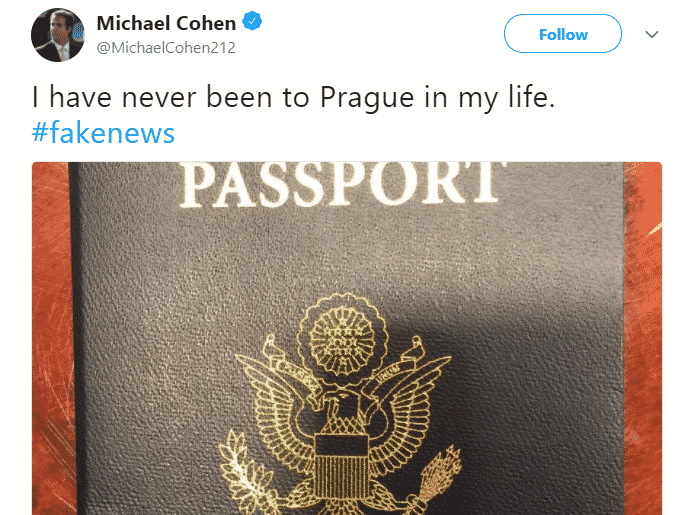 If McClatchy’s sources are accurate, it would be a significant step toward proving the Trump Campaign’s collusion with the Russian government to influence the U.S. presidential election, despite Trump’s repeated caps-lock claims of “NO COLLUSION!”

However, the F.B.I. raid was largely a matter outside the scope of the Russian investigation, hence why Mueller passed the case over to the New York U.S. Attorney’s office. Currently, speculation centers around Cohen’s bank fraud, wire fraud, money laundering, and other white collar crimes. Interestingly, the federal attorneys state they have good reason to believe that Cohen does not actually have any clients beyond Trump — rendering much of the evidence they’ve acquired through the raids entirely beyond the scope of attorney-client privilege. Better yet, among that evidence could be actual audio recordings. It turns out, Cohen was known for secretly recording his interactions with people in order to potentially blackmail them.

Presumably, those recordings are now in the possession of federal investigators.

This Is A Story About Control

For Trump, that comes in the form of firing members of his administration. What other course of action does he have to fight against the ever-encroaching investigation into his crimes spanning decades? Certainly not a competent lawyer and a strong legal case. His only means of controlling the narrative is to remove the ones spinning it.

Hence, the American people seeking their own form of control against an administration preventing truth and justice. What can an ordinary, everyday person do against the nation’s leader who provided the inspiration for Biff in Back to the Future? 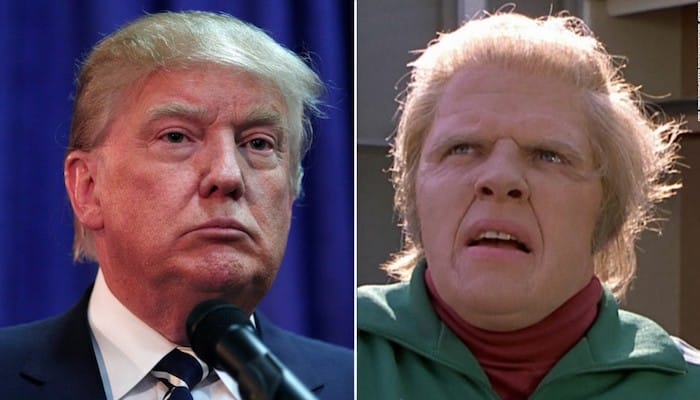 For hundreds of thousands of them — and previously, millions — that means taking to the streets, signs raised and elaborately decorated.

If there’s no more poster board left, luckily for marchers, there’s more than one course of action. Unlike for Trump.

Instead of raising a witty poster board sign, raise a U.S. flag. It’s our country, too.