Remember when Trump accused those who didn’t clap for him at his State of the Union address back in February of treason? If you don’t, his remarks were aimed specifically at those pesky Democrats when he said, “They were like death and un-American. Un-American. Somebody said, ‘treasonous.’ I mean, Yeah, I guess why not? Can we call that treason? Why not? I mean they certainly didn’t seem to love our country that much.” The president was pissed, to say the least, but it seems that he needs to brush up on some of his glossary words from the sixth grade. Not liking the country or even the way our government is being run is not an act of treason.

Treason is defined as:

The offense of attempting by overt acts to overthrow the government of the state to which the offender owes allegiance or to kill or personally injure the sovereign or the sovereign’s family.

So, unless Trump is being caused physical harm by not receiving our applause then we can rest easy knowing we’re off the hook. Here’s a look at a few more things that Trump probably considers treasonous.

Yes, all of you meme creators out there, Trump will likely accuse you of treason if he finds out that you’re behind some of the most shared memes that don’t necessarily depict him in the best light. Specifically, any memes that call him out for his orange skin, his Hitler-like agenda, his tiny hands, his obviously fake hair, and lack of common sense or intelligence. While this appears to cover all memes about the president, he still encourages any that depict his friendship with Vladamir Putin, any anti-Mexican themes including his desire to build a wall, and his many many sexual exploits with porn stars and Playboy Playmates. While sharing any of these treasonous memes is not yet considered an offense, Trump promises it will be around the time that the wall he keeps talking about is complete.

If you don’t think Trump’s daughter is hot, then you’ll just have to keep it to yourself. Not Tiffany, of course, just Ivanka. Who’s Tiffany? Describing her as “pretty” isn’t going to cut it so be prepared with a few good comebacks if you ever find yourself being questioned on the topic. It’s said that Trump has insiders making stops at major corporations, just standing by water coolers and in coffee rooms tempting those who walk by to commit treason. Rumor has it that Uber drivers are being tempted with cash rewards to turn in anyone who talks badly about the president’s daughter. (Once again, Ivanka. Not Tiffany.) So be prepared to come up with at least three dirty things you’d do to the president’s daughter and wear headphones while riding in Ubers just to be on the safe side.

While you might be wondering exactly which angle Trump considers bad as they all seem to be quite horrendous, he seems to be referring to any photos taken where his stomach and rear are more prominent than he’d like. In fact, all pictures where he isn’t wearing a suit and tie released to the public or published on social media will be considered treasonous. He also mentions that we should all be discouraged from releasing photos taken on days where his spray tan might be a bit overdone or the wind has taken control of his hair. This doesn’t just apply to professional photographers but everyone, as the president would like the history to reflect him in a certain way after he’s gone. He has a team currently expunging any pictures that might be considered unappealing from the internet as we speak.

While Trump has certainly enjoyed his fair share of McDonald’s french fries and burgers over the years, he now considers it treasonous to eat at the fast-food chain. This came about after Ronald McDonald himself tweeted to Trump back in 2017 saying, “You are actually a disgusting excuse of a President and we would love to have @BarackObama back, also you have tiny hands.” Even though the tweet was deleted quickly and McDonald’s released a statement that their account had been hacked, we all know that the president can’t take a joke. He has since switched his diet over to KFC and is determined to put yellow arches out of business all over the country. Those seen eating at this establishment or ordering from their drive-thru will be punished to the full extent of the law. 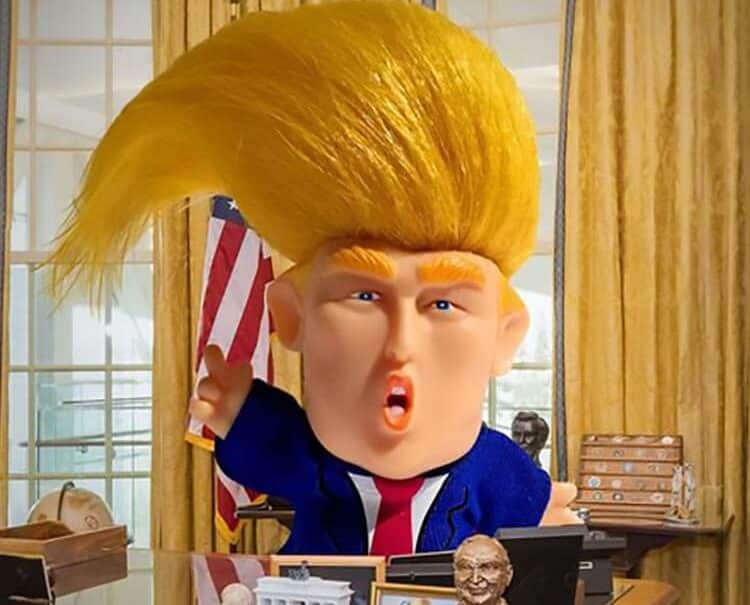 If you enjoy passing your time by trolling Trump on Twitter only to get blocked, create a new Twitter account, and start the process all over, well you might want to reconsider. Trump now claims that trolling him on any form of social media, especially Twitter because that’s his favorite, is a form of treason. Those found guilty will be punished by being ban from social media for life and will have to make a televised public apology or otherwise remain in prison. This pending law will only apply to the president, and targeting his family should be considered open season all year round to internet trolls. The president has said he will be specifically keeping an eye on celebrities who troll him regularly like Stephen King, Rosie O’Donnell, J.K. Rowling, Chrissy Teigen, Chelsea Handler, and Kathy Griffen as he feels he has waited long enough to extract his revenge on things they’ve said and done in the past.

Appearing In Public In A Trump Getup 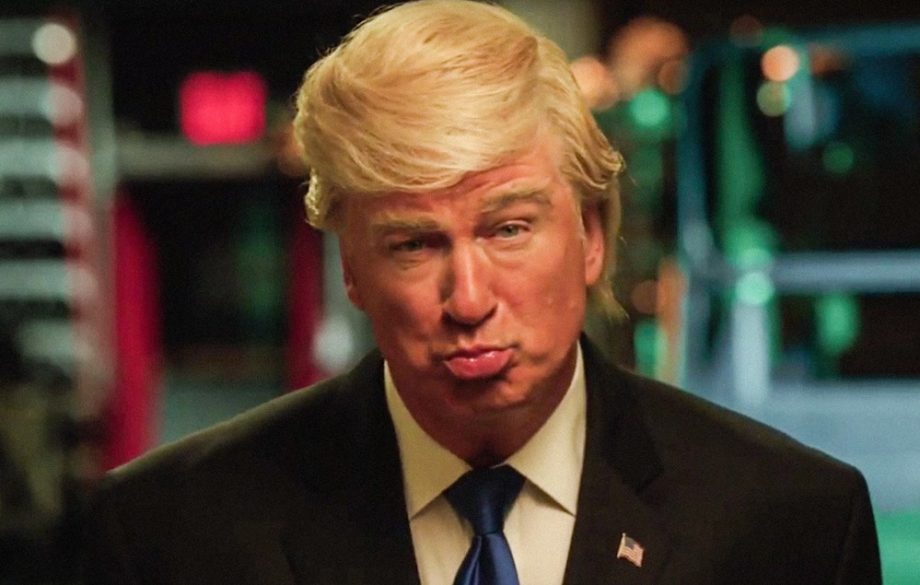 Okay, we might not walk around in our best Trump cosplay on a daily basis, but if you were considering dressing up as the Cheeto-faced president for any occasion it’s important to know that he would find this act to be treasonous. While he seems to be targeting celebrity reactors such as Alec Baldwin and Meryl Streep, he hasn’t ruled out we common folk. Perhaps keep the orange tanning lotion and comb-over wig in storage for a while, or at least until 2020. Trump would also like us to know that, while not considered treason, he will be suing anyone who uses the phrase “fake news” or “you’re fired” without crediting him as the originator. Upon being found guilty, the guilty party will be ordered to write a check out to the IRS in Trump’s name.

42%: Why Does Donald Trump Have His Highest Approval Rating Yet?