Sinclair Broadcasters Forced To Recite Media-Bashing Propaganda, Must Use Spinning...

The Sinclair Broadcast Group had a simple plan: buy local news stations, and force its reporters to recite lines skewering all forms of media critical of President Trump, which it deemed fake news. There’s no realer news, it would appear, than manufactured propaganda. However, the scheme lacked subtlety.

It all came to light when the director at Deadspin, Tim Burke, compiled clips of reporters at local stations around the country reading from the same script. Word for word, each reporter drones about “the troubling trend of irresponsible, one-sided news stories plaguing our country.” In Burke’s video, dozens of reporters simultaneously following the script demonstrates the disturbing influence the conservative Sinclair holds over its local stations, which should remain relatively nonpartisan compared to the national news giants. The question begs: will Sinclair use its power to poison minds from the shadows?

The answer arrives at the end of the script, when the reporter is prompted to pull out a hypnotic spinning wheel and repeat dictations, albeit this time slowly, in a calming voice — in the distance, a metronome chimes and someone says “You’re getting sleepy” while the wheel spins toward eternity.

Listen To The Sound Of My Voice

Spanning across 173 TV stations throughout the US, the Sinclair message could potentially have greater reach and influence than one national station. For one, people tend to trust their local stations more than a national network. Their narrow focus on local issues promote a welcoming familiarity, and decreases suspicion toward nefarious, profit-driven agendas which plague the bigger networks. So when a huge corporation with a partisan agenda acquires all of these networks, and starts utilizing their trusted faces to parrot their own propaganda, it can have significant effects.

“The sharing of biased and false news has become all too common on social media. More alarming, some media outlets publish these same fake stories . . . stories that just aren’t true, without checking the facts first,” says Sinclair reporter after Sinclair reporter.

“Unfortunately, some members of the media use their platforms to push their own personal bias and agenda to control exactly what people think. This is extremely dangerous to our democracy.”

The message, of course, closely reflects President Trump’s vendetta against the news media focused on exposing his corruptions.

Don’t Trust Anyone But Me

So when Sinclair broadcasts warn against media using their platforms to control what people think, what are they doing?

It’s like someone coming up to you, shouting “Oh my God, that person behind you wants to steal your fries!” Then steals your fries when you turn around to look. They instill a fear, and a sense of trust in them for informing you of the fear, and then hope you’ll assume they couldn’t possibly be doing the thing they warned you about — because, if that were the case, why would they warn you about? Enter: Trump TV.

The President, who constantly strives to cement the loyalty of his die-hard followers, tweeted, “The Fake News Networks, those that have a sick and biased AGENDA, are worried about the competition and quality of Sinclair Broadcast. The ‘Fakers’ at CNN, NBC, ABC & CBS have done so much dishonest reporting that they should only be allowed to get awards for fiction!”” 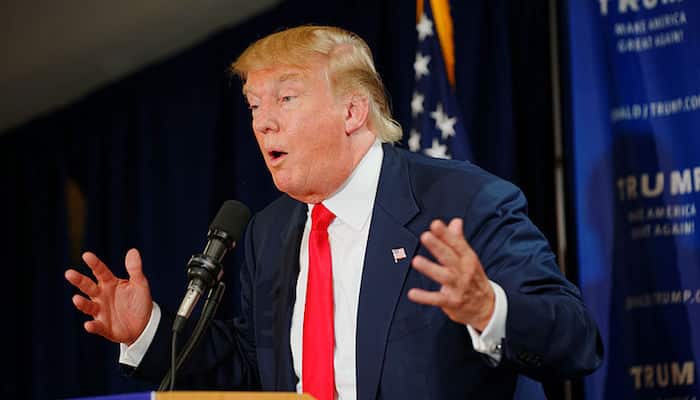 When someone’s on the alert for fake news on all the named networks, they become even more vulnerable to manipulation by the sources they do trust. That’s why they never suspect it when the reporters on that trusted media source pull out their spinning wheels and pendulating pocket watches.

Because unbeknownst to many, Sinclair grows its influence from behind the curtain.

The Ocean Covers 71 Percent Of The Earth

Sinclair already owns 173 stations across the country. Additionally, it intends to acquire Tribune Media, which would increase that number by 42. In doing so, Sinclair would have access to over 70 percent of US households.

To make things easier for the questionably legal acquisition, Trump’s FCC Chariman Ajit Pai revived loopholes that would allow for much higher federal limits on media ownership. Even now, before the proposed acquisition, Sinclair is at their maximum capacity — a reach of 39 percent. In order to appease watchdog groups, Sinclair offered to sell some of its stations. The buyer on the horizon (seriously): Fox.

Already, Sinclair is an effective arm for masking conservative bias amongst its distributed local news.

During the election, Sinclair stations tilted their coverage toward Trump by a large degree. They offered him and his proxies substantially more airtime compared to Clinton. Moreover, they issued “must report” memos for certain stories. 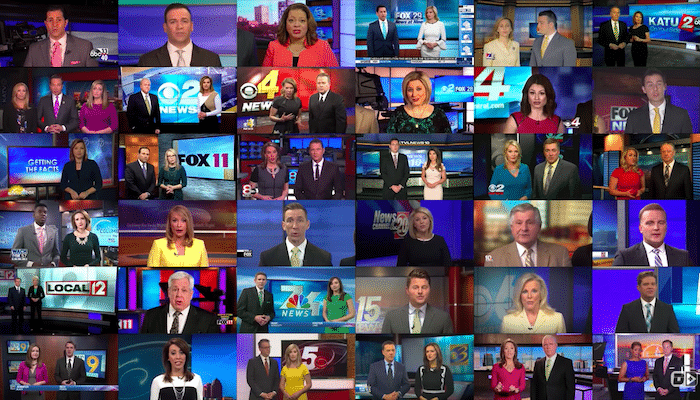 Among them, a report on: “Why did Hillary Clinton struggle with disclosing her medical diagnosis? She has been repeatedly faced with previous questions of trust. Can a president lead with so many questions of transparency and trust?”

A whistleblower had more to say.

Essentially — and unsurprisingly, given its conservative agenda — the whistleblower revealed that the Sinclair company culture is one of misogyny, homophobia, and xenophobia.

In an essay to Huffington Post, former reporter Jonathan Beaton wrote, “As reporters and anchors at the company, we were routinely told to follow leads and angles with a clear-cut conservative agenda. We couldn’t do stories, for the most part, that involved the LGBTQ community. There were a set of parameters and we had to stick to them.”

While Beaton had quit (Sinclair then sued him), another former reporter severed employment by more treacherous means. Namely, he escaped the underground bunker that they all live in, suffering from dehydration and carpal tunnel syndrome.

“We run pocket watch drills all day long,” said the escaped reporter, messaging his wrist. “We have to swing it at the exact speed for maximum hypnotic power.” 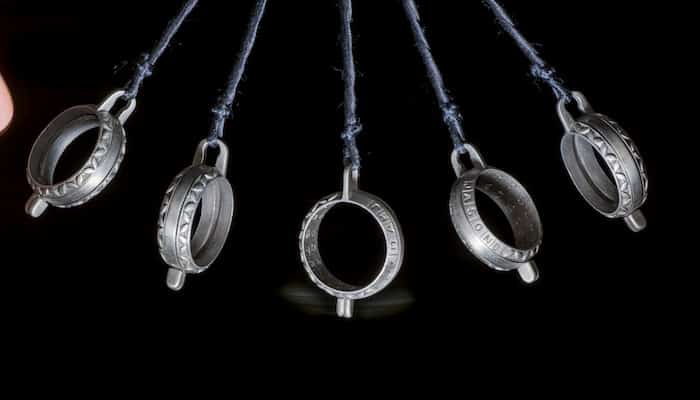 With frenzied eyes, he continued. “Just don’t even watch. It’s all meant to manipulate you. You might think, this is all ridiculous. I don’t remember seeing the reporter on my local news ever busting out a giant spinning hypnosis wheel like it says here. Well, you wouldn’t. Because you forget what you see right after, but the words are ingrained forever. It’s all about solidifying your undying trust in us while we subtly influence you to support the sides of issues that will most enrich us.”

With political divides at their most crucial, and two sides preaching the other’s utmost demonization, it can be hard to know what to trust. What news is real, what’s fake, and what’s manipulation?

After all, parts of this very article are definitely fake.