Old School Mud-Slinging Crap That Makes Trump Look Like an...

For as long as Donald Trump has owned a Twitter account — all nine grueling, hate-filled years — the pseudo real estate mogul turned half-ass tyrant has been slinging nasty remarks and political insults. Spewing dreck has earned the President a whole lot of followers (50 million and counting) and a whole lot of detractors (what’s the entire population of the Earth minus 50 million?). To be sure, Trump and slander go hand-in-hand.

For the record, there’s nothing empirically wrong with taking pot shots at your political opponent. It may not be nice, but it’s a tradition as old as politics itself. The problem with Trump’s political insults is that he sucks at it. The man is building on hundreds of years of political hate-mongering, but he reduced what was once a glorious art form to inelegant squawking (https://thehill.com/blogs/ballot-box/249102-trumps-most-notable-insults).

The closest Trump got to throwing some smart remarks at Hillary Clinton was to insinuate that she couldn’t satisfy Bill: 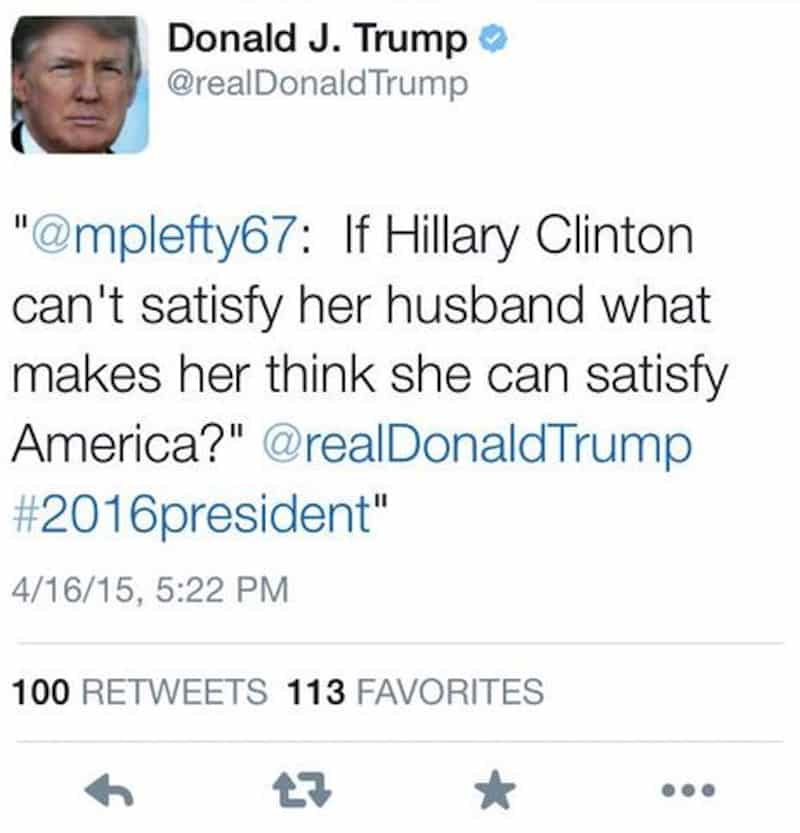 Oh, wait, he blamed that one on an “intern.” So, Trump only gets credit for calling Hillary the worst Secretary of State ever. Beyond Clinton, Trump has called Lindsey Graham “stiff,” he called the Weekly Standard only, “slightly failing,” and he straight-up called Mexicans rapists.

The point is that, in addition to being a horrible person, the President is also terrible at his favorite past time. Need more proof? Check out some people who were actually good at libel.

The fine art of throwing political shade goes all the way back to the mid-1700’s when William Hogarth devoted hours of his life putting officials on blast for the rampant corruption and oppression running through the South Sea in the early 1700’s. 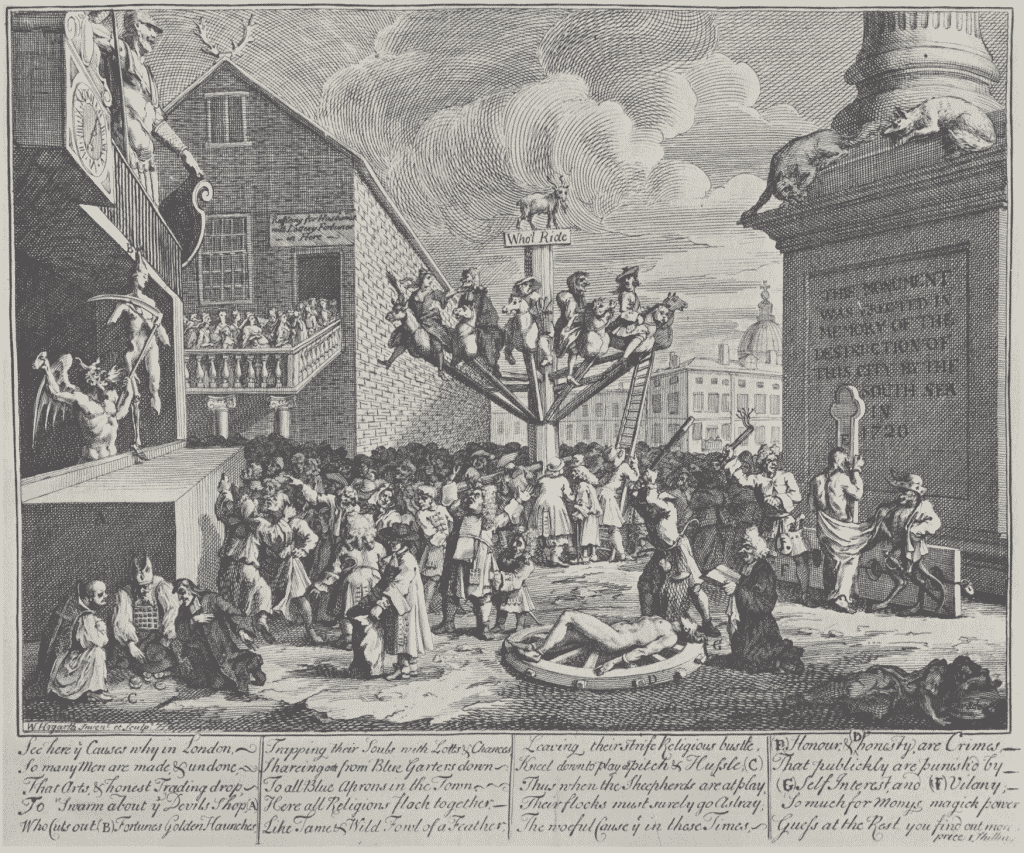 During a time when an uppity artist could get seriously messed up for opposing the authorities, Hogarth devoted his professional career to painting Catholic bishops shooting dice in the corner in front of St. Paul’s Cathedral while the Devil dismembers the goddess Fortuna, (who is precisely the goddess of what you think she’s the goddess of). The implication is clear, and it’s one that not even Trump has dared to make: the wrongdoers here are totally in league with the Devil.

And Scottish nobles, which is apparently on par with supporting prostitutes.

In 1829, French king Louis Philippe thought himself totally benevolent when he lifted the ban on free speech. Of course, he didn’t realize that no matter how nice you are to the dumb peasants, there’s some malcontent waiting to push the limits. Two years later, that exact thing happened when satirist Honoré Daumier depicted the king like this:

Unsubtly titled, “Gargantua,” (which is mean in any language) the painting depicts the zoftig monarch having peasants carry burlap sacks of supplies directly into the king’s mouth. The cartoon actually weaves in an extra layer of spite because Louis Philippe is being compared to a literary character of the time, Gargantua, who, along with his son, was known for being an oafish, poop-laden jackass.

If You Think Trump Does Racism Loud and Proud

Most people can agree that Trump is super duper racist. If you want to get a second opinion, you can ask literally half the adults in America. As openly bigoted as the President is, fortunately, he’s incapable of voicing it as clearly as some political cartoonists from the past.

Remember back when America was “great,” and we were out conquering the balls off the rest of the planet and educating those poor miscreants in the ways of civilization? That’s when garbage like this came out: 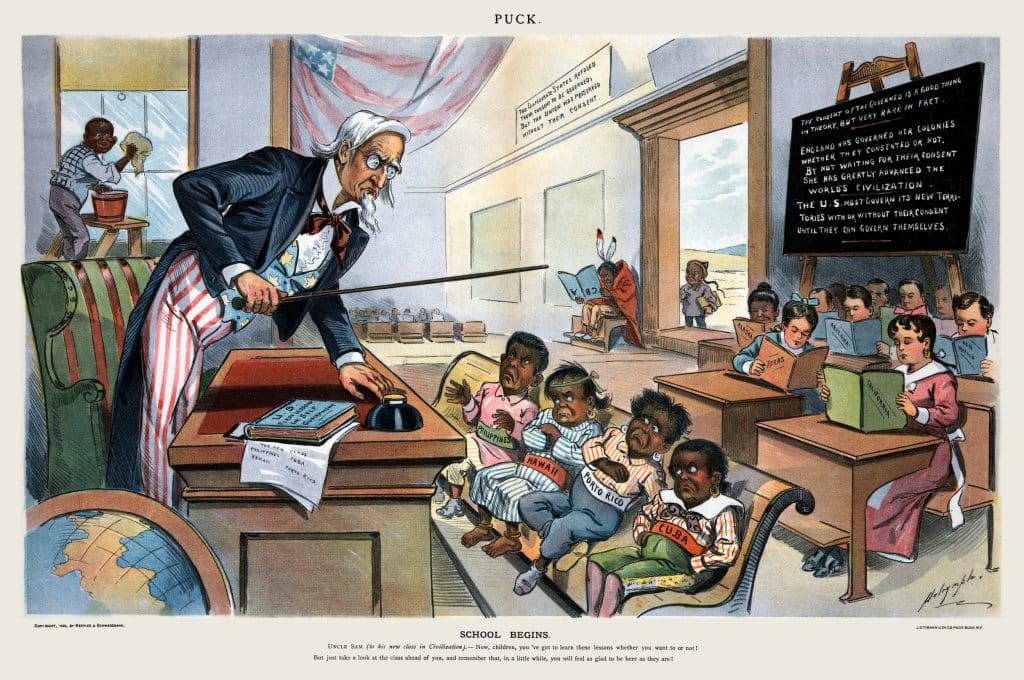 This piece of junk was published in 1899 and depicted Uncle Sam lecturing a bunch of extra-racist caricatures named Philippines, Hawaii, Cuba, and Puerto Rico. (Notice that Puerto Rico is misspelled, by the way.)

At the same time, it’s worth mentioning that while dumbass American political cartoons were depicting foreigners as dwarfish cretins grateful to be oppressed, artists from neighboring countries drew different impressions of American expansionism. 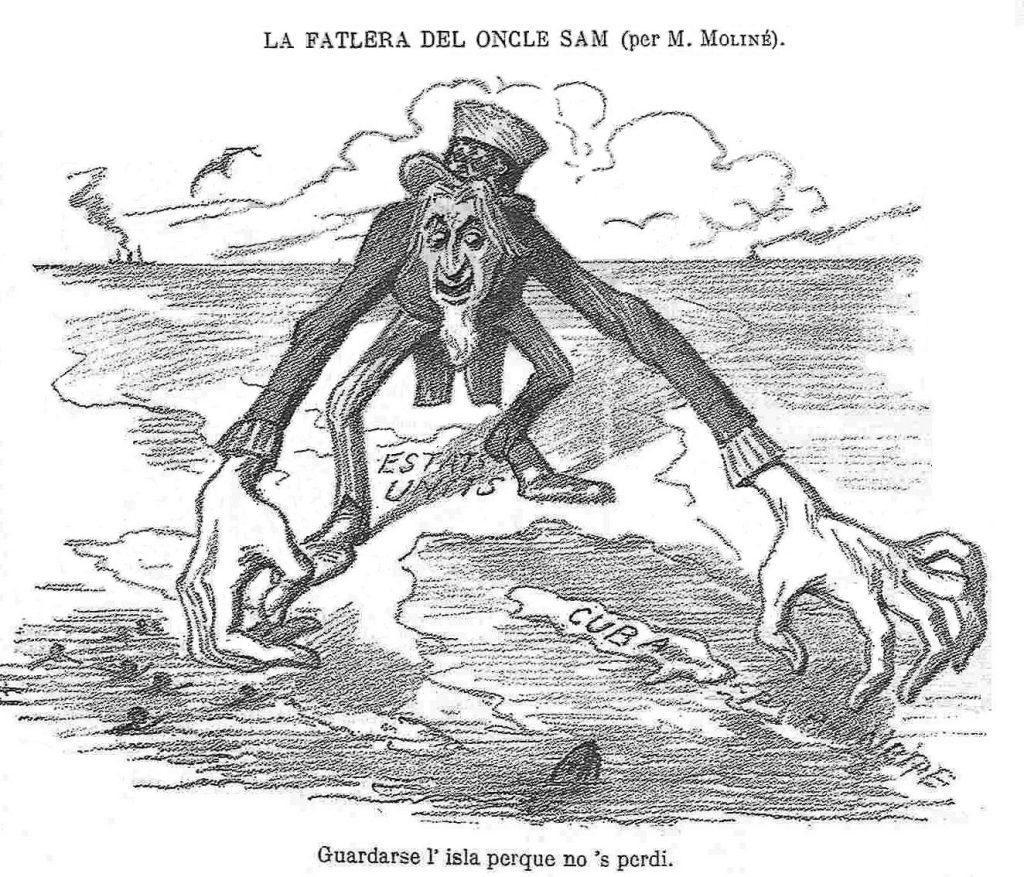 Sometimes Subtlety Is More Demeaning That a Direct Attack

The old Oval Orange tends to go straight for the throat. Sure, he’s typically only got 280 characters to get his very dumb point across, but some political cartoonists can call their victim a wuss without saying a single word. 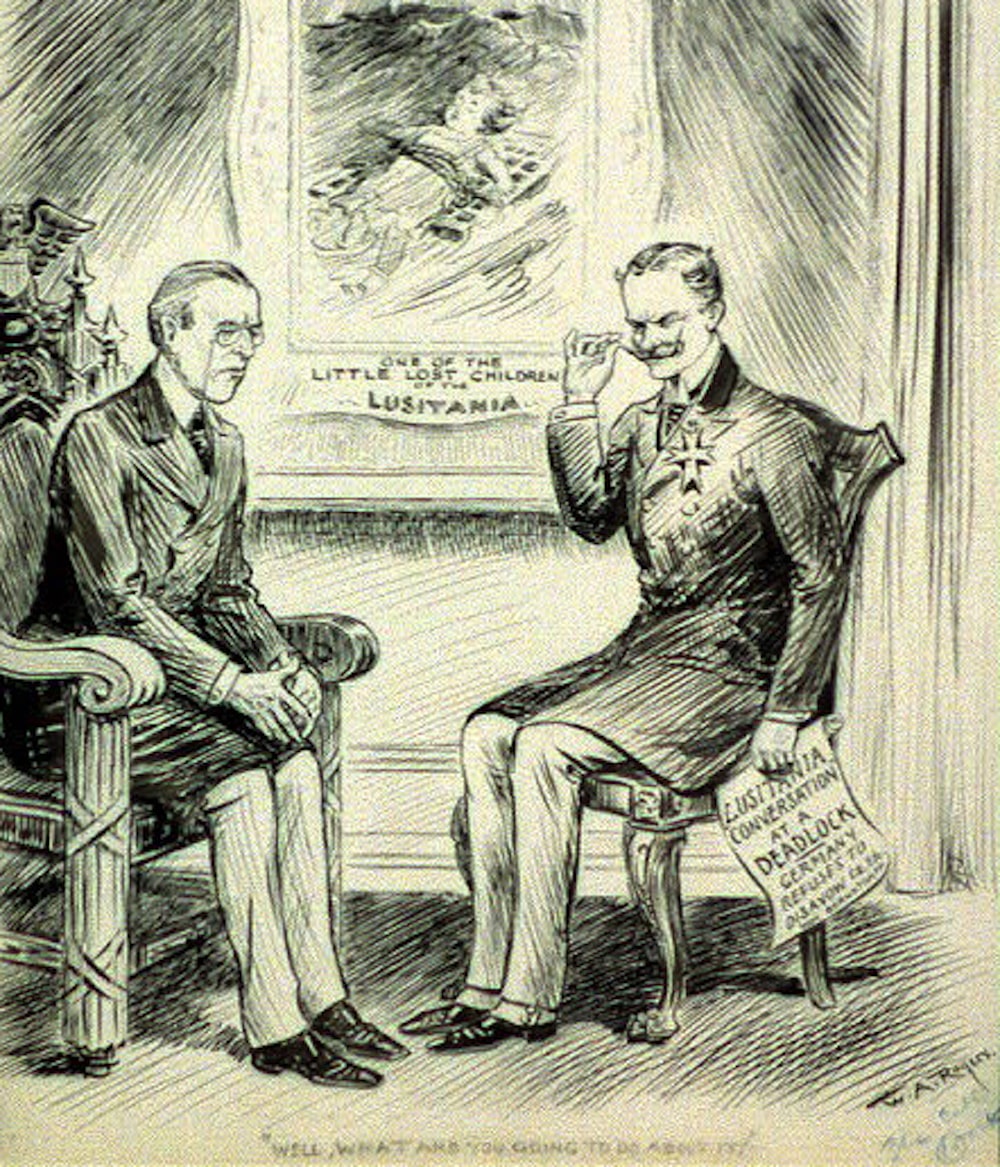 This cartoon released around 1915 managed to call Woodrow Wilson a limp-wristed coward purely by surrounding him with memories of the sinking of the Lusitania and putting him across from some German douche with a villainous mustache.

It’s possible someone believed Wilson’s policy of telling the German government to “cut it out,” wasn’t getting the job done.

Geez, America, Can we Get on the Same Page?

When Wilson finally decided to get off his duff and, you know, send young Americans to die in the worst war the world had ever known, you would be amazed to discover that some people thought going to war was a big crock. Artist Robert Minor spent years putting the US on blast with simple, stirring images like this one, which kind of works to lampoon every war ever since the beginning of time: 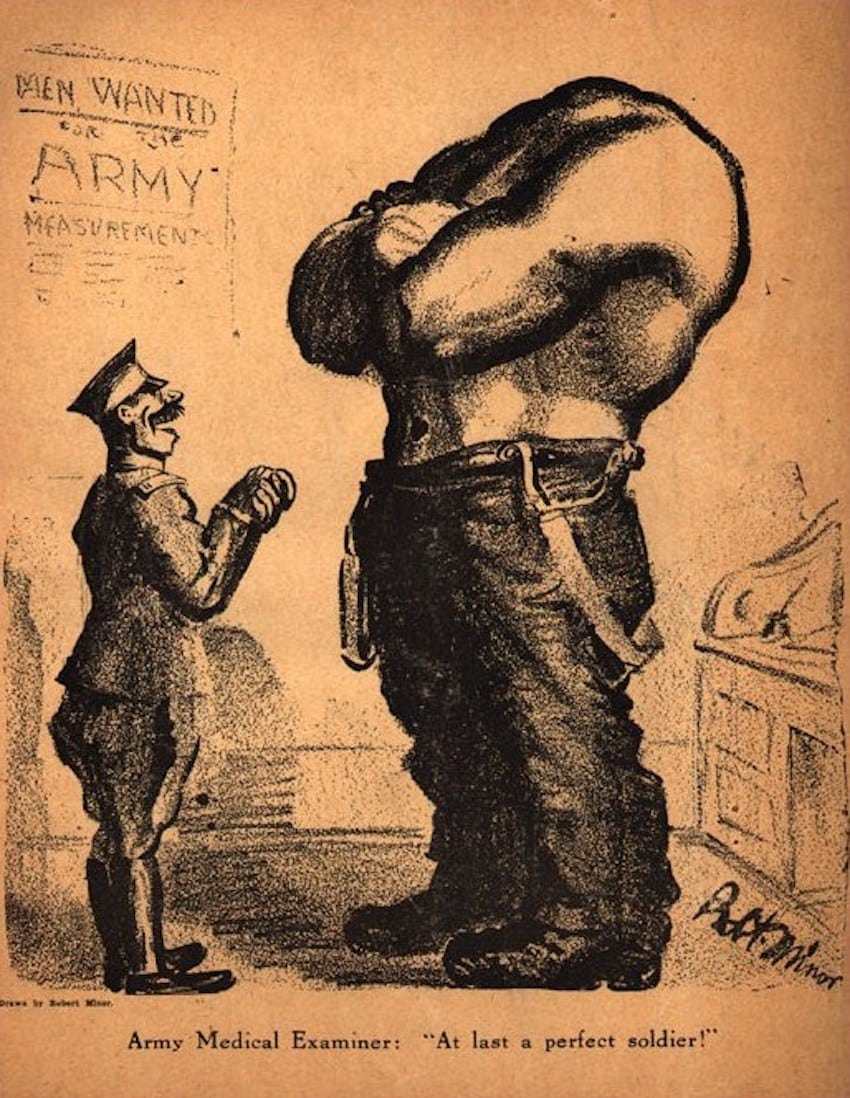 This cartoon was so successful that the United States Post Office refused to mail, The Masses, the (Communist) magazine in which it was published. Minor, the magazine’s editor, and fellow cartoonist Art Young were actually brought to trial over drawings like the above. They were never imprisoned, but the bad press did prove fatal to The Masses.

He might be a household name for creating magical children’s fantasies like Green Eggs and Ham, but during the Second World War, the only place Dr. Seuss wanted the Japanese to go was to an internment camp. That’s why he “helped” the war effort as a political cartoonist, impugning the reputation of Japanese Americans by indicating that they were in cahoots with the Japanese government. 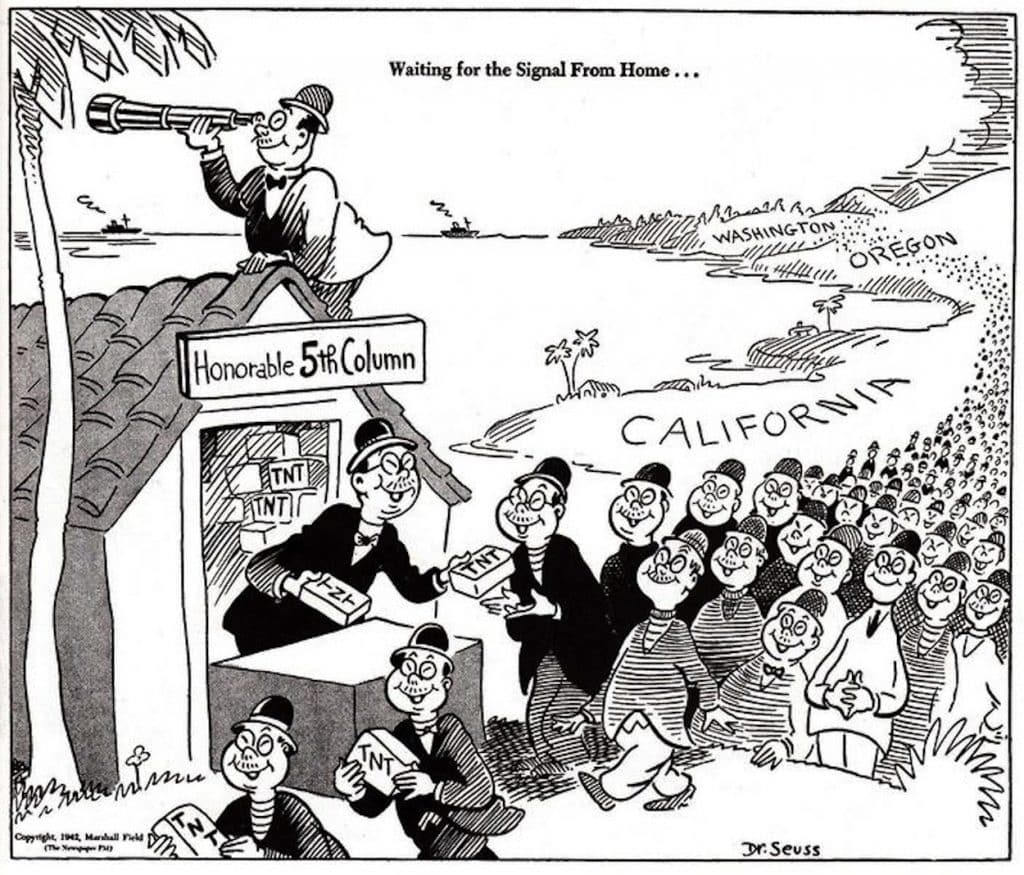 Sure, he might have championed the environment in his later life, but not even Donald Trump can claim an attack quite this vicious.