As a new slew of firings, resignings, and retirings engulfs the White House yet again, Trump interviews a new cast to replace the departed. The interviews, however, were relatively one-sided. You see, they took place on a TV. More preceisely, they took place on Fox News, as the President watched, perhaps while munching on a slice of iceberg lettuce.

Several of the names floated for high-ranking position are frequent contributors to the conservative monolith. For instance, Trump hand-picked John Bolton to become the next National Security Advisor, despite a frighteningly nonchalant attitude toward using nuclear weapons. Bolton is a frequent talking head on Fox News, with a particular penchant for lavishing praise on the President.

Likewise, Larry Kudlow and Joseph DiGenova are finding themselves employed by Trump following numerous interviews which took place on Fox News, in which Trump did not ask questions, but yelled at his TV nonetheless whenever he especially agreed with a line of praise directed toward him.

Despite the new additions, there are still a lot of vacancies in the White House, where the constant state of chaos and disorder results in an inexplicably high turnover rate.

This just in: there’s a huge mess to clean up, and Trump’s been interviewing the perfect white male for the job. The ShamWow Guy.

The ShamWow guy, the smooth-talking salesman known for being both crude and sleezy, was immediately attractive to Trump. He even comes with his own sex scandal. “He’d fit right in!” Trump said happily, allegedly. In 2009, police arrested the ShamWow guy for being physically violent with a sex worker. However, rather than acting as a deterrent, the ShamWow guy’s past criminal history ensures he will fit in with the White House crew very comfortably, which welcomes both clients of prostitution and violent abusers of women.

The ShamWow guy, whom Trump saw while watching the infomercial channel during Shepard Smith’s hour on Fox News, is an as of yet unconfirmed addition to the White House staff. Some speculate he may take over Hope Hicks’ now-vacant role as White House Communications Director. Other potential names include Tucker Carlson, Kimberly Guilfoyle, and Laura Ingraham, whom Trump already approached to join the communications team.

Laura Ingraham, of course, is an unlikely possibility, after a teenager seemed to destroy her career last week. 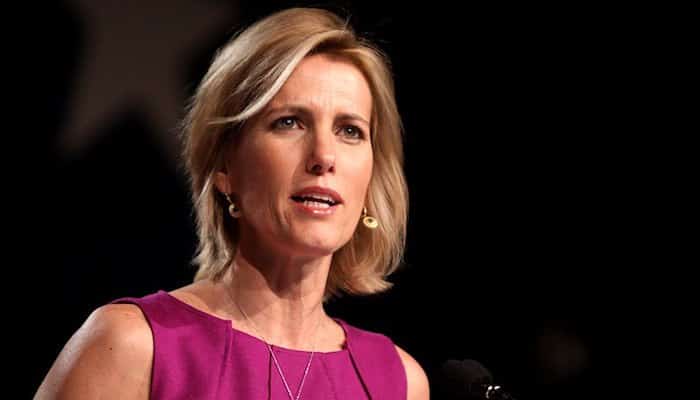 She tweeted, “David Hogg Rejected By Four Colleges To Which He Applied and whines about it…”

In response, Hoggs tweeted out her top 12 advertisers. Over a dozen have dropped their commercials from airing during Ingraham’s program, including many from Hogg’s initial list. Among those major names: Nestle, Hulu, Johnson & Johnson, TripAdvisor, Expedia, and more.

A half-hearted non-apology followed the mass monetary exodus. After all, the sincerest apologies are always made to stem the flow of hemorrhaging money.

She tweeted, “On reflection, in the spirit of Holy Week, I apologize for any upset or hurt my tweet caused him or any of the brave victims of Parkland. For the record, I believe my show was the first to feature David..”

Though her apology lacked any acknowledgement of wrongdoing on her part, Ingraham hoped it would suffice. Evoking the name of the world’s greatest martyr, she felt, would be a perfectly subtle way to generate sympathy for herself.

But still, the advertisers continued to flee in droves. Like Bill O’Reilly before her, Fox placed Ingraham on a “break.” O’Reilly never returned. Whether Ingraham’s Holy Week will conclude like Jesus’ — with a miraculous resurrection — is yet to be seen.

In the great circle of life, former White House staffers have their eye on the Fox News slot seemingly opened. It’s like the water cycle, but with toxic rain.

Does Fox News even have enough hosts to cover all the vacancies?

After all, there’s yet another high-level position on the horizon possibly opening: Environmental Protection Agency Chief. The current EPA Chief, Scott Pruitt, is under fire with a scandal that even has literal bridge troll Chris Christie saying “I don’t know how you survive this one.” Essentially, Pruitt has been living in a condo for which he paid far below market rate, which happens to be owned by a lobbyist directly impacted by decisions made by the EPA. Additionally, criticism has plagued Pruitt regarding his frequent first-class flights. Also, his general disdain for preserving the environment in any way (this criticism is not levied by the Trump Administration). 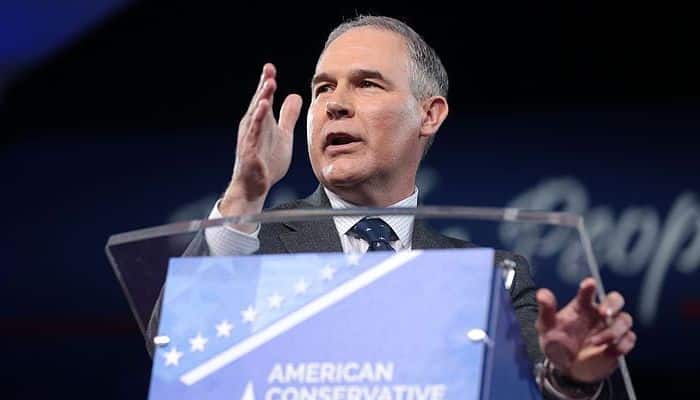 Says newly elected Democratic Senator in Alabama, Doug Jones: “I think he’s in real trouble. People are just frustrated with Cabinet members who seem to want to use taxpayer dollars to fund their own personal lifestyle.”

The comment follows an uproar over HUD Secretary, Ben Carson, spending $30,000 on a dining room set.

Another question: if Fox News hosts all join the White House staff, who will be on Fox News, telling the President what he thinks about everything?

Ignore What I’ve Been Saying For Ten Years

When it comes to John Bolton, the analyst with a thirst for war assured everyone, his “past comments are now ‘behind me’ and what matters is “what the President says.‘”

Since we must disregard a decade’s worth of speeches, interviews, and op-eds, the beliefs of Bolton are currently unknowable. 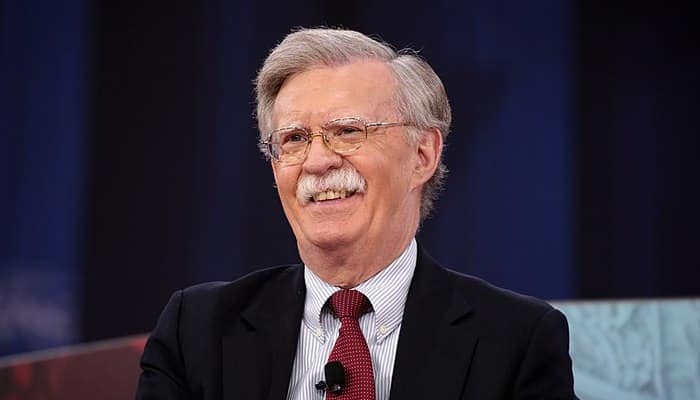 Maybe, now, he doesn’t want to use “military force” on North Korea.

Perhaps, now, he doesn’t believe peaceful diplomatic relationships should be conducted solely in a self-serving manner.

And, as Russia continues to threaten democratic elections around the world, maybe he doesn’t think their role in the DNC email hack was a “false flag” conducted by American citizens.

Whatever mess we find ourselves in, covered in the ash of nuclear fallout, thank God Trump’s bringing in the ShamWow guy. Let’s just hope he doesn’t fly first-class when he comes to save us.