The Worst of Trump’s Terrible, No Good, Very Bad Ideas

Trump loves ideas that smart people hate. I imagine he has casually flipped through The Economist and quickly pulled out every idea they’ve disparaged over the years. The man has a positive genius for sussing out the worst possible way to implement even decent ideas. In the pantheon of Trump’s bad ideas, here are the worst so far. 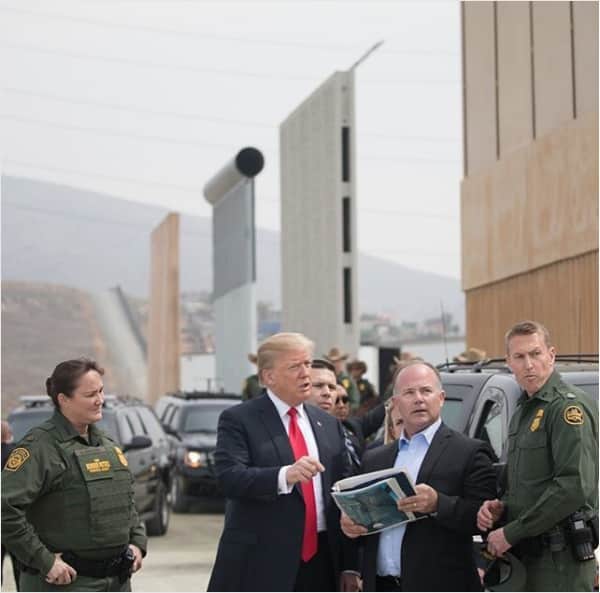 The border wall is a monument to this man’s arrogance. It is Ozymandias rearing up from his grave, it is overweening hubris personified. It address the wrong problem with a massively expensive, largely symbolic solution that won’t fix anything for anyone but will provide the illusion of progress. It must be that Trump actually likes bad ideas.

It’s outrageously expensive. It’s going to cost billions of dollars to build, take years and years to complete, and probably claim a couple of lives in the process. Mexico was going to pay for it, then the taxpayers, and now the military. Do you know what you can buy with a billion dollars? You remember that movie Blank Check? Water slides for all of the U.S., baby!

Not to mention that it’s supposed to be transparent. That way, you won’t get hit in the head with a bag of drugs that someone flung over the wall like a cigarette butt. And 20 feet high. And six feet thick. And two thousand miles long. And unclimbable and un-tunnel-underable. This sounds more and more like a toddler’s idea of construction project all the time.

It’s doomed to be ineffective. Actual educated people who know something about immigration say that the purpose of a border wall pretty much symbolic. “Go back to your country, jerkweed!” they say. A wall, after all, isn’t hard to defeat. They don’t work in Israel or in Hungary or in any of the other dozens of countries that use them. We’ve been defeating walls that since medieval castles, since the thirteenth century’s Great Wall of China, since Jericho if you believe the Good Book. Soon we will see the Mexican cartels wheeling up a goddamn siege engine, I’m calling it now. And the walls come a-crumbling down.

The best outcome of this wall will be the exceptional political theater. We’re erecting this massive police state monument so we can keep out workers that have proven essential to our economy because some redneck in Minnesota thinks an immigrant took his construction job and believes every brown citizen must be a Mexican.

We’re sorry to say that this one of Trump’s bad ideas has in fact become a real-life thing. Trump did, of course, succeed in pushing through tax cuts that massively reduce the tax burden for the bajillionaires of the world while doing precious little to help actual human beings with real jobs and needs. 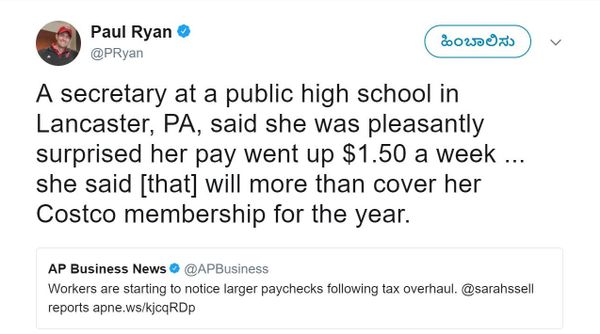 Trump’s goal in promoting the tax cuts was clearly to sell them as great for the working man. Little about this image is true. As Paul Ryan bragged in a deleted tweet, the cuts will get average workers a total of like $80 a year in their pocket. So I guess you can almost get Amazon Prime for that. Get Prime shipping on items you can’t afford—MAGA! And he was crowing about this.

Supply-side economics are not nearly as effective as the Republican Party would have you believe. Just like the border wall, it requires magical thinking to believe that cutting taxes on the rich will improve the economy dramatically. Tax cuts don’t pay for themselves, and while a rising tide lifts all boats, the amount of lift provided by supply-side policies is minuscule. Providing tax cuts that target middle class professions could have a far larger impact, and targeted spending would make a much bigger impact.

Tariffs are antithetical to the modern global marketplace. They agitate our putative allies and make goods more expensive, regardless of where those goods originate from. At best, they’ll prop up a non-competitive industry and encourage American companies to rest on their undeserved laurels while foreign companies improve their competitive offerings.

They are a broken idea that last saw its heyday at the turn of the last century, just like Trump’s “America First” slogan. It’s almost as it Trump is the resurrected ghost of some crotchety old Klan leader from way back in the day who is doing his best to pretend to be a Modern Guy but can’t quite keep his insane view from leaking all over his poor press secretary.

All The Reasons Tariffs Are Dumb as Dirt