Cambridge Analytica Bragged About Crimes Before Undercover Reporter Could Use...

“They just boasted about it, like, right away,” said the reporter. “Before I even got to use the really cool spy stuff I brought.”

Essentially, the head of Cambridge Analytica, Alexander Nix, bragged about using dirty tricks to swing elections, including the use of bribery stings and honey traps against its clients’ foes. The Channel 4 reporters’ revelations coincide with CIA whistleblowers’ which claim the firm used data pulled from 50 million Facebook users to hyper-target fake news campaigns and swing votes in favor of the firm’s clients. One such client: President Donald Trump.

“All that,” said the reporter, “openly stated before the appetizers even reached the table.”

“I had this cigarette,” said the reporter, “with a camera and microphone in it. I was going to excuse myself for a smoke, then come back with it tucked behind my ear. Would have been sick, right? Didn’t even get the chance. It was like, right after they shook my hand. They started talking about their self destructing emails.”

The reporter was referring to ProtonMail, the email service used by Cambridge Analytica. Two hours after the user reads the email, it disappears, utterly untraceable, like a nude sent via Snapchat.

Earlier in the week, The Intercept reported that it possessed a note someone had left at a bus stop with the official White House letterhead. On the note: a White House staffer’s ProtonMail address, and password. The Intercept confirmed its authenticity.

Before the reporter could get in his contact lenses imbibed with cameras, Nix continued spilling the dirt, mostly unprompted.

He recalled speaking to the House Intelligence Committee in 2017. On March 12, 2018, the Committee concluded there was no evidence of collusion between Russia and the Trump campaign. 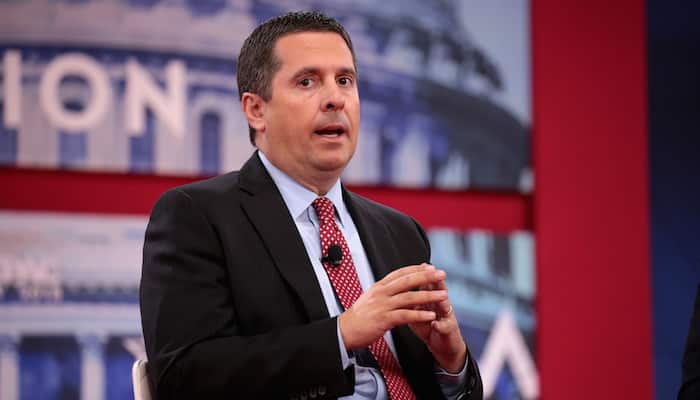 To the undercover reporter, Nix laughed at the half-assed committee, remembering that the Republicans only asked him three questions. “After five minutes, done.”

The reporter sighed in frustration. Nix blurted out his admission before the reporter’s accomplice could drop off the martini glass with a microphone disguised as the drink’s olive.

And then, he started talking about Trump.

Nix mocked the committee’s line of questioning, and their attempt to pinpoint Trump’s direct actions.

He said, “They don’t understand because the candidate never, is never involved. He’s told what to do by the campaign team.”

The undercover reporter asked, “So the candidate is the puppet?”

It is illegal for US official election campaigns to coordinate with outside groups.

“We did all the research, said Nix, “all the data, all the analytics, all the targeting, we ran all the digital campaign, the television campaign and our data informed all the strategy.”

He continued, “We just put information into the bloodstream of the internet and then watch it grow, give it a little push every now and again over time to watch it take shape. And so this stuff infiltrates the online community and expands but with no branding – so it’s unattributable, untrackable.”

As all this spilled from Nix, the reporter suppressed rolling his eyes. He had practiced backflips for nothing. All that training he’d put in for impromptu knife fights, for what? Nix was telling him everything on his own accord. They didn’t have time yet to put all their gadgets in place. Just the boring backup camera, catching it all. His accomplice hadn’t even finished putting on her disguise — a badass, blue-haired bartender. And it had taken them forever to delicately input the microscopic camera into the olive, too.

How did the firm acquire all that data? To the reporter’s chagrin, Nix shared extensive insight into their harvesting process, before the food arrived (the reporter’s sandwich would have a toothpick in it that would be able to remotely duplicate the data on Nix’s phone).

Basically, the company developed an app that would pay users to fill out a survey. Without express permission, the app would then extract as much data as possible for the participants’ accounts, including data from the accounts’ friends. The amount of data on users they collected, thus, grew exponentially.

Whistleblower and one of Cambridge Analytica’s cofounders, Christopher Wylie, revealed that the data became a particular fascination of Steve Bannon, Trump’s chief executive during the campaign. 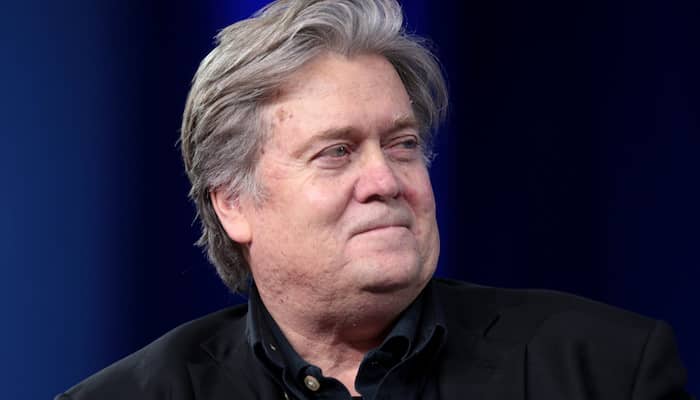 “Bannon hoped to use that research and replicate it on a massive scale across the American electorate to buoy his influence campaign in 2014 and again in the 2016 presidential campaign,” reports NBCNews, based on Wylie’s claims.

Based on the revelations, House Intelligence Committee member Adam Schiff requested they bring in Nix for questioning. However, Republicans rejected the proposal.

Cambridge Analytica denies, essentially, everything. And yet, their next steps were surprising.

Cambridge Analytica suspended its CEO, Alexander Nix. They also claim that the Channel 4 reporter manipulated and edited the audio to create their scandalous narrative. The company will conduct a thorough – internal – investigation, and then reveal its findings “in due course.”

However, Nix is appointed to two companies. Cambridge Analytica, from which he is suspended, is the shell, and almost entirely owned by the Mercers, the conservative billionaire family that funds Breitbart News. Is Nix likewise suspended from the parent company, SCL Group? After all, that’s the company that actually serves clients in the nefarious ways Nix opened bragged about: laying honey traps, creating sex scandals, and conducting bribes.

But the undercover reporter is ready to find out. This time, he hopes he can use those olives, the toothpick, and if things get really crazy – maybe even the dagger concealed in the sole of his shoe.