7 Signs That Your New Love Interest Might Be A...

With the popularity of online dating these days, you never really know what kind of person you’re going to meet on a first date. They could be a decade older than their photos led you to believe. They could ask you to split the bill or run out on the bill altogether. They might even turn out to be some kind of sick serial killer and your date with them ends up being your last. Ever. Worse, though, is finding out that your new love interest in a Trump supporter. Since politics is often a topic most people recommend avoiding on the first few dates, just like religion, exes, and strange fetishes, you might not find out that the person your dating is all about Making America Great Again until you’ve already begun to catch feelings. To avoid such a catastrophe, it’s essential to look out for these signs while you’re out in the dating world. If you’re lucky, you might be able to catch some of these signs right on their dating profile, allowing you to swipe left without any of the fuss of later having to ghost them. Here are the signs to look for:

They Dress The Part 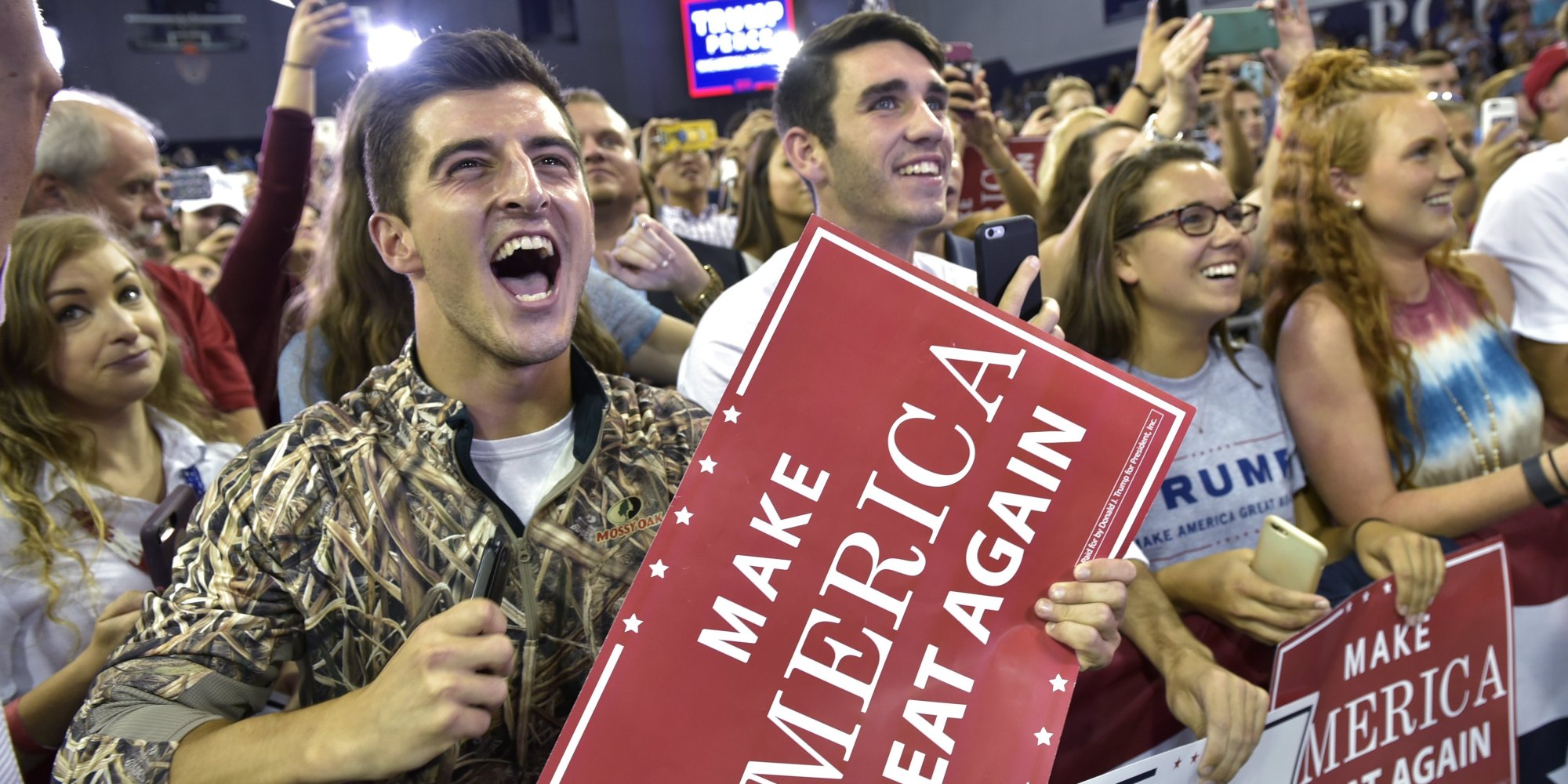 Trump supporters have several identities, but these are the most common. Preppy and over-privileged teens and young adults who are fans of the president wear those infamous lobster shorts. Often an indication of uber preppiness, the lobster shorts come in many varieties including crab, seagull, and open-mouth bass. His supporters in the midwest seem to wear camo but have never actually been in the military. They might also be wearing a graphic tee that hints at their support with an image of Trump riding an army tank away from a burning city in its center. This sign alone can’t determine where someone’s political opinions lie, however, this one comes in handy if other signs are present.

They Use Common Trumpisms 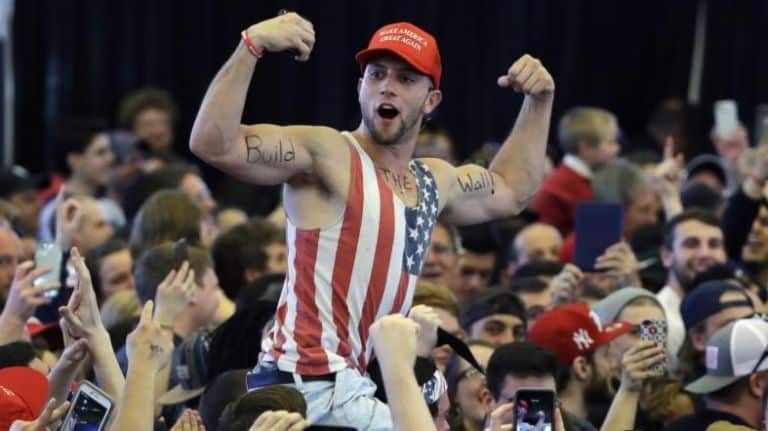 Several signs of a Trump supporter that can be picked up on during conversation are the use of common Trumpisms or phrases often used by the president. This can be something as small as calling their order of chicken parmesan “Yuuughe!” while you’re out to dinner, to something more obvious like using pieces of their ravioli to build a wall around the grated cheese. If they’re spewing garbage about deporting immigrants and making our country white again, well then you know you have a Trump supporter on your hands. 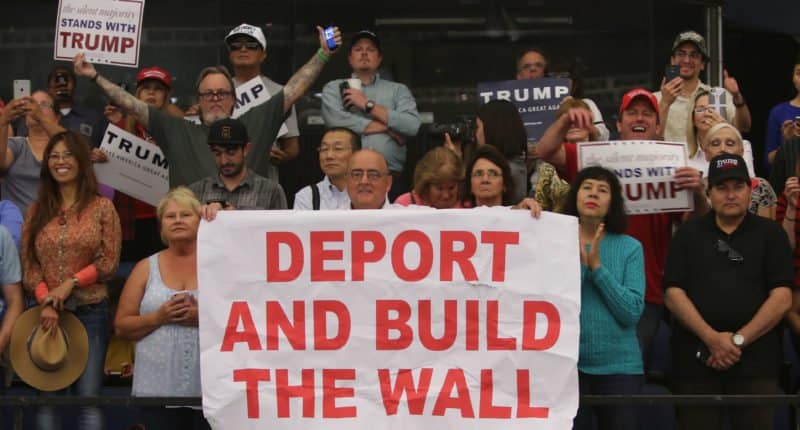 Whether it’s your cab driver or waitress, studies have shown that Trump supporters are less respectful towards others and far more likely to embarrass you while out on a date. If they start sexually harassing the cute bartender, that’s likely a Trump supporter. If they tell the Asian taxi driver to go back to their country, that’s a Trump supporter. If they seem shocked that a gay couple would be allowed into the theatre or restaurant you’re in, that’s definitely a Trump supporter. Fortunately, since Trump’s blunt behavior has made it seem okay for his fans to engage in such disgusting behavior, it has become easier for the rest of us to weed them out.

They’re Using Our Flag All Wrong 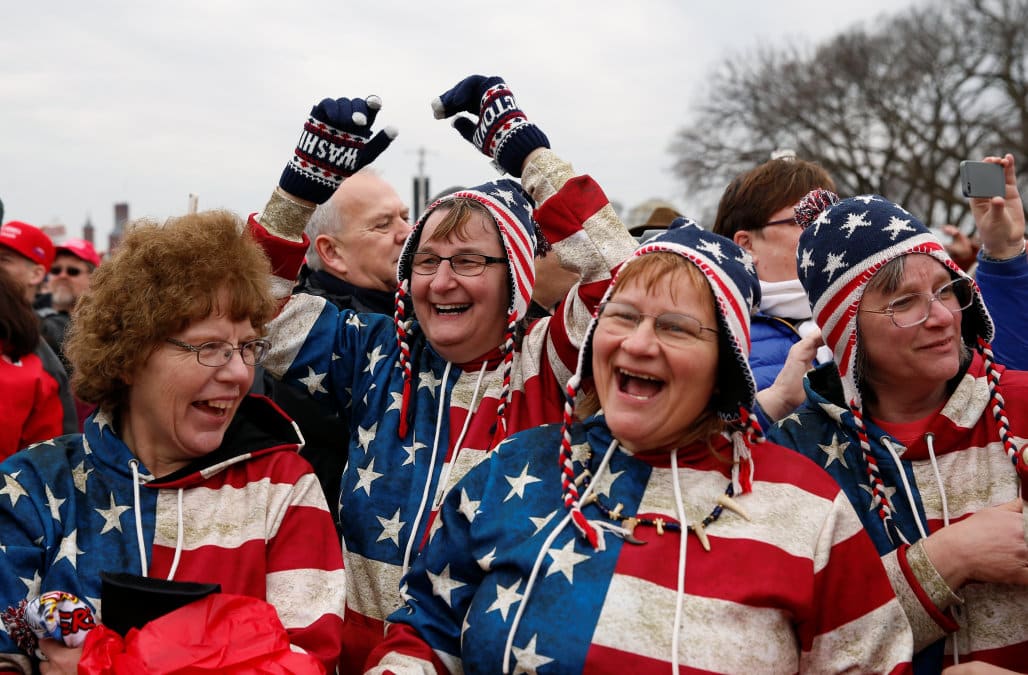 Unless it’s the Fourth of July wearing the American flag has, unfortunately, become a signature look for Trump supporters. Often they wear it in the most obnoxious ways to be sure that their attire screams “AMERICA!” and lets people know they’re proud to have voted for the man who just might end up being the worst president in our country’s history. This can be done in the form of a full leisure suit, a dress, a t-shirt, a tattoo, and especially those ridiculous decals that give you a sunburn in the shape of the flag. Just, why? 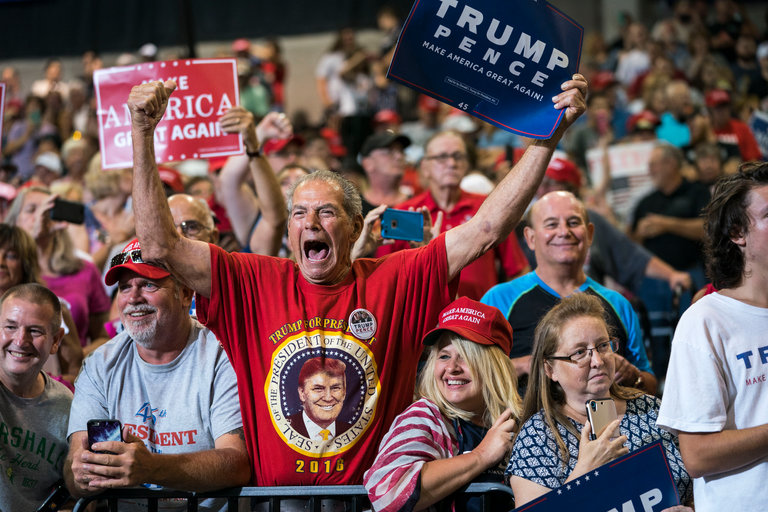 In line with a Trump supporter’s need to wear an outfit that stands out from the rest, they also need to be the center of attention in most public scenarios. This has led to the insanely arrogant and absurd chanting of “U.S.A.!” and “TRUMP!” in the streets and bars, likely after they’ve had a few too many. Super Trump fans do this in states that they know are largely liberal and democratic, or overseas because there aren’t enough reasons for Europeans to hate Americans. Like Trump himself, many of his supporters also suffer from narcissism. The world revolves around them, and only them. They don’t understand the history of our country and think everyone with an opinion that differs from theirs is wrong. The men think they’re god’s gift to women and the women think liberals are running around murdering babies all day. They aren’t actually educated on politics or how different bills they vote on will affect them. Anything that doesn’t coincide with the world they perceive is a conspiracy or fake news. They think they know more about science than scientists. More about sexual assault than victims. More about abortion than those with actual uteruses. More about politics than politicians.

They Checking Off White/Caucasian

We’re all thinking it, so it needed to be added to this list. Let me just say first #NotAllMen, but most of Trump’s votes came from white men. In fact, 58 percent of white men and women voted for him, which is a significant difference from the 8 percent of black Trump supporters, 29 percent Hispanic, and 29 percent Asian. (FYI, these are real stats taken from the 2016 exit polls.) So, if you’re single and trying to date in today’s political climate, finding a decent person you’re compatible with might be even harder than it was during the Obama era. Additionally, if you live in a Republican state, your dating pool of non-Trump supporters is significantly smaller than it is in other states. Just what single people need, right? Another challenge in the way preventing us from finding that special someone!

Pro-Choice: The Next Thing Trump Plans To Ruin For Every Woman In America