The Many Lawsuits of Donald Trump: Constitutional Edition

Maryland suing Trump over Emoluments Clause violations. At least someone is trying since we know we can’t rely on Congress to do anything. I don’t think we are asking for too much. Just that they do their job and enforce the LAW. https://t.co/9X4ndB58tT

Trump is being sued by the District of Columbia (AKA Washington D.C.) and Maryland, represented by their respective attorneys general. Both claim Trump has been illegally enriching himself via the office of President, violating both the Foreign Emoluments Clause and the Domestic Emoluments Clause of the Constitution. Here’s the money-shot quote from the lawsuit itself:

President Trump, acting through companies he owns or controls, has violated both the Foreign Emoluments Clause and the Domestic Emoluments Clause by receiving millions of dollars in payments, benefits, and other valuable consideration from foreign governments and persons acting on their behalf, as well as federal agencies and state governments. His repeated, ongoing violations include remuneration derived from: (a) leases of Trump properties held by foreign-government-owned entities; (b) purchase and ownership of condominiums in Trump properties by foreign governments or foreign-government-controlled entities; (c) other property interests or business dealings tied to foreign governments; (d) hotel accommodations, restaurant purchases, the use of venues for events, and purchases of other services and goods by foreign governments and diplomats at hotels, restaurants, and other domestic and international properties owned, operated, or licensed by President Trump; (e) continuation of the General Services Administration lease for President Trump’s Washington, D.C. hotel despite his breach of the lease’s terms, and potential provision of federal tax credits in connection with the same property; and (f) payments from foreign-government-owned broadcasters related to rebroadcasts and foreign versions of the television program “The Apprentice” and its spinoffs.

What’s this all mean?

The suit charges that Washington D.C. has suffered damages because visiting dignitaries and heads of state will no longer stay at non-Trump hotels. Because why would they? If you could stay at a Trump property when visiting Trump, wouldn’t that make him like you more?

A tin-pot dictator like Trump probably asks folks if they stayed at his hotels. “Did you shit in the golden toilets?” I’m sure he asks. As a result, property owners in D.C. are losing money while the President uses his position of influence to enrich himself.

Maryland also claims the “sovereign right” to sue to enforce the Constitution. This is a right shared by all states but held in especially high regard by Maryland. And the state may even have enhanced standing here, thanks to their long history of supporting the Emoluments Clause going back 350 years.

The aim of the lawsuit is to get President Trump to divest from his many properties or step down as President. Option number 2, please! 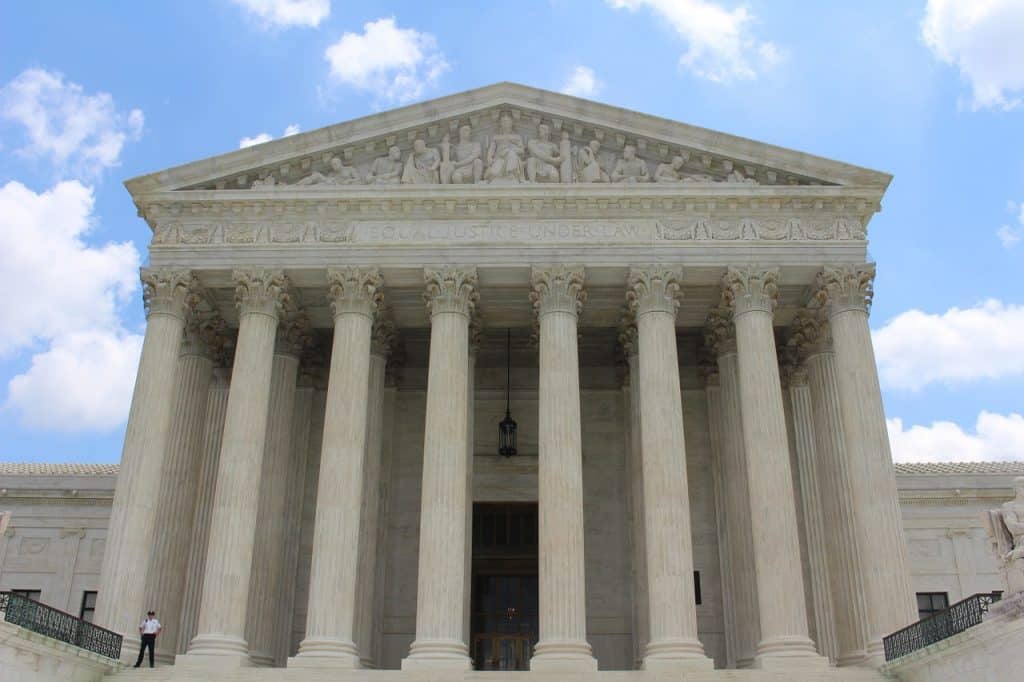 Well, this is an amended complaint for an ongoing lawsuit. It’s been in court since June 2017, so it’s not brand-new news. But it is the first time a government has sued a president for violating the Emoluments Clause. Of the other lawsuits alleging violations of the clasue, this one seems the most likely to succeed.

So will it work? It’s impossible to say. But it does sound good. The plaintiffs have standing and seem to have a decent case. Plus the suit is far from frivolous, especially since it was brought by state governments, not some individual claiming they were harmed by the President.

Nothing may come of it. But heck, we’re fricken stoked about this ourselves.