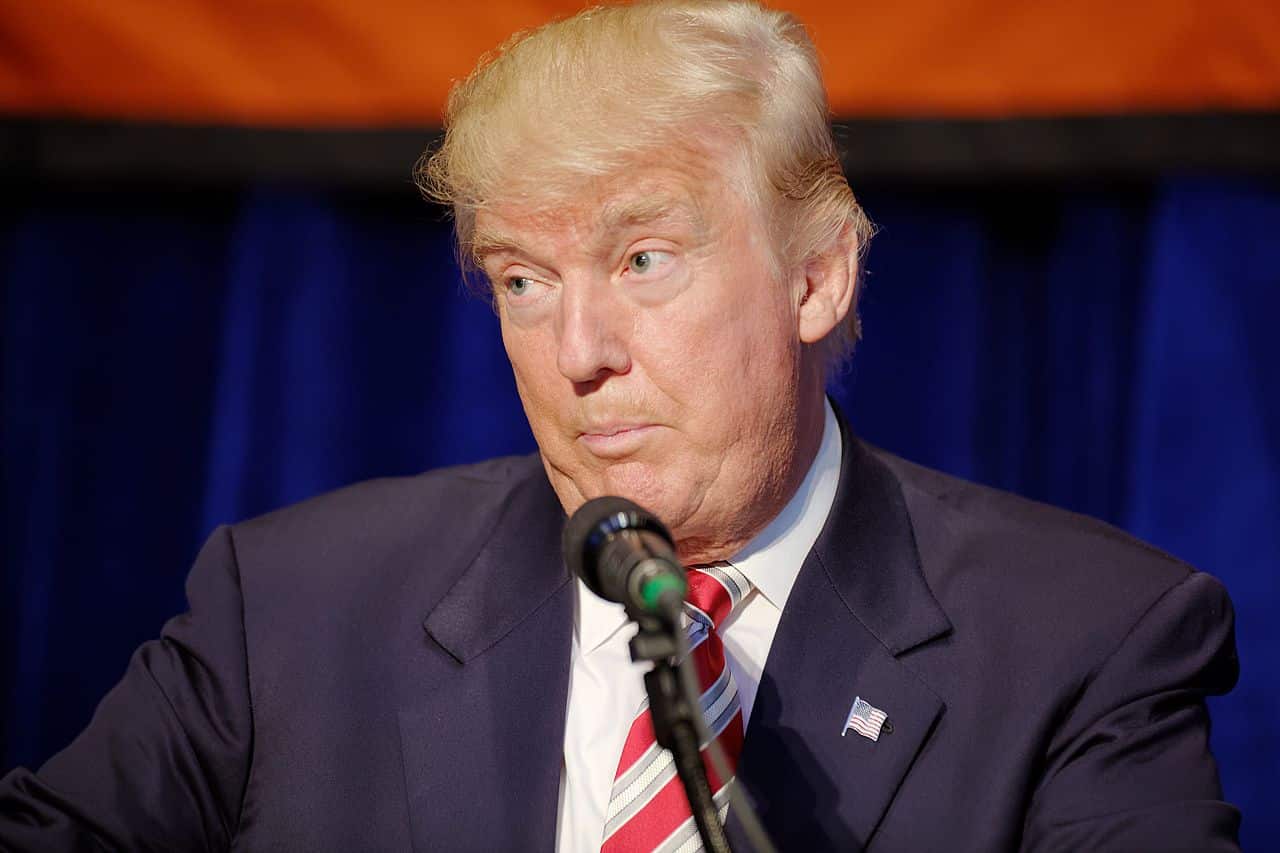 If there’s one trait that defines the current President of the United States, it’s litigiousness. It’s not stupidity or bluster. It’s not his innate racism, sexism, or xenophobia. You might think those are the characteristics that paint the multi-faceted portrait that is Donald Trump, but you’d be wrong. It’s not his utterly absent sense of self-awareness, it’s his willingness to take things to court.

All that other gross stuff is just the crap Trump says to keep his right-wing fans excited. Seriously, wait ten years, and you’ll find the President yammering on about an entirely new set of beliefs.

No, when it comes down to it, you can only count on Donald Trump for one thing. The guy will not hesitate to sue the crap out of you. That indomitable legal attitude is, of course, a two-way street. For every time Trump decides to call his lawyer, some wronged person slaps him with a legal challenge.

– Stormy Daniels is suing Trump
– Karen McDougal, who allegedly had a relationship with Trump is, suing him as well
– Summer Zervos, a former Apprentice contestant, is suing Trump for sexual harassment

Over the course of Trump’s professional career, he’s been involved in more than 3,500 lawsuits. Since the inauguration, Trump has been sued an additional 134 times in federal court alone. And that was as of last May, which was probably a zillion lawsuits ago. That math puts Donald Trump’s lawsuit count at just around way too damn many.

In the 1980s, Trump sued a pair of South African immigrants for using the name “The Trump Group.” He claimed that the businessmen were trying to trade off the good name that his family made up decades earlier.

Remember, the family surname was originally Drumpf, but that doesn’t play well in 20-foot type.

When a former contestant on The Apprentice Summer Zervos told the world that Trump groped her, Trump responded by calling the accusations “total fiction.” Zervos (and her new attorney, some nobody named Gloria Allred) countered by suing Trump for character assassination.

Trump’s legal team tried to get the whole thing dismissed by arguing that the President can’t be sued for defamation because he’s the President.

So, basically, their legal argument was, “The guy manipulated an election and squeaked into victory even though he lost the popular vote by 3 million American (and STILL had the balls to claim there was ballot fixing). After all that work, the man deserves to say whatever he wants about whoever he wants.”

A New York judge dismissed the argument, but she was a lady, so there was probably some BS feminist agenda at work as opposed to, you know, common sense.

I have tremendous respect for women and the many roles they serve that are vital to the fabric of our society and our economy.

The Orangutan Joke That Got Out of Hand

In 2013, Trump sued Bill Maher after Maher offered to pay $5 million to Trump’s charity of choice if Trump could prove conclusively that his father was not an orangutan.

Trump sent Maher his birth certificate as proof, but Bill Maher failed to pay up because apparently, the comedian was doing something called “a joke,” a term with which Trump is apparently unfamiliar. Naturally, Trump sued Maher for the debt. Maher still has yet to cough up a dime.

In 2006, Trump had some severe heat thanks to a very dumb reality show and an even dumber catchphrase. The “mogul” used this notoriety to score some strange, in spite of the fact that he and his Slovenian live-in hostage had only been married for eighteen months or so.

It’s not surprising that Trump was happy to let his dick wander; what is surprising is how meticulous and thoughtful the cover-up was. For a guy who has never once demonstrated any kind of forethought in any other aspect of his life, Trump’s “don’t get caught” stratagem is particularly impressive. A labyrinthine network of anonymous meetings, payoffs, and legal documents was designed to prevent news of Trump’s infidelity from getting out.

And it might have gone unnoticed if not for an eight-page handwritten note from Karen McDougal, a former Playboy bunny and one of the women who experienced Trump’s CIA-level cover up.

McDougal may not be suing the President directly, but she did file against American Media, Inc., the parent company of The National Enquirer. That lawsuit is exposing the bro-spiracy in a big way. Why? Because McDougal alleges that David Pecker, publisher of the National Enquirer and “personal friend” of the President, paid her $150 grand for the aforementioned eight-page memo and then buried it in the magazine’s archive to keep it from going public. It’s called “catch and kill.”

How Dare She Impugn the Integrity of Miss USA

In 2012, Trump got all hot and bothered when former Miss USA pageant contestant Sheena Monnin when she dared to suggest that the beauty pageant was rigged. Trump sued the young woman for $10 million, saying that she suffered from “loser’s remorse.” The dill hole even won a $5 million settlement.

Vetting Is for Lovers (and Family Members)

If you were one of the people who heard that people like Jared Kushner, Steve Bannon, and Ivanka Trump got high-level security clearance and then started looking for signs of the coming apocalypse in Revelations, you’re not alone.

Newsweek’s national-security correspondent, Jeffrey Stein, sued a variety of federal agencies for “all records, including emails, about any steps taken to investigate or authorize (or discussions about potentially investigating or authorizing) [15 individuals] for access to classified information.”

For some reason, Jeffrey Stein thought it was weird that someone like Bannon, who beat his ex-wife and hangs out with white supremacists, got a seat on the National Security Council. Stein also balked at the fact that people all three of Trump’s kids also got insanely high clearance, too. Given that they do business with a bunch of countries who aren’t on the best terms with the United States, places like Russia, Saudi Arabia, and Qatar.

Everyone Supports the Donald, Or Else

In the 1980s, Trump announced that he was going to build the tallest building in Chicago, taller even than the Sears Tower. A reporter for the Chicago Tribune, Paul Gapp, responded by expressing his doubts over the project coming together.

Trump responded by suing the Chicago Tribune for $500 million, claiming the article “virtually torpedoed” his big boy dreams. Never mind the fact that Trump had yet to hire an architect (or even draw up a plan), Gapp’s meanie-headed statements are what really put the kibosh on the whole deal.

10 Dogs with a Better Haircut Than Donald Trump

Together with the fireworks for the Independence Day weekend, the latest explosive Hollywood news involves no one else but the controversial Kanye West. The famous celebrity has revealed his plans for a presidential run. Originally planned for 2024, he has stated that he is actually going to run for the 2020 Presidential elections in November. The… END_OF_DOCUMENT_TOKEN_TO_BE_REPLACED

Recent trends have reported that K-pop fans in the US are getting mixed in with current issues in politics. K-pop fan communities are using online platforms to rally up and protest against racism in the United States. In support of the #BlackLivesMatter movement, the online K-pop community has come together in protest. Never has it… END_OF_DOCUMENT_TOKEN_TO_BE_REPLACED