Smoking remains the leading cause of preventable death in the world. While many campaigns have been launched to help addicts to stop smoking, young people in their twenties comprise the highest percentage of the smoking demographic. Studies show that a majority of young adults want to quit smoking but only a few are successful. It is because young people are barely concerned about the long-term health problems caused by smoking but also the loss of social status and identity with their peers. It explains the reduced use of cessation services like nicotine replacement therapy, support groups or consultation with healthcare experts. Public health experts are now using social media channels to help youths who want to stop smoking. The discussion further explains the role social media plays in quitting smoking.

Why Youths Who Want to Stop Smoking are Using Social Media

Today young people are the leading demographic of social media users with close to 91% using Facebook and a third engaging in micro-blogging sites like Twitter. And given the proliferation of social media, apps and other modern communication channels they are less likely to use traditional cessation methods such as telephones or support groups to quit this vice. Additionally, young people spend a significant amount of time on social media giving it the upper hand over other cessation techniques. Social media channels also provide the articulate pieces of advice by young people. Twitter feeds, for example, limits followers to using 140 characters and such bite-sized chunks of information are more efficient in the modern day compared to an entire website of material.

Clearly, social media is playing an integral role among young people who want to stop smoking. It’s even more effective if combined with other techniques like smoking cessation sites and smoking alternatives like vaping (see vape mods selection at vapingdaily.com). 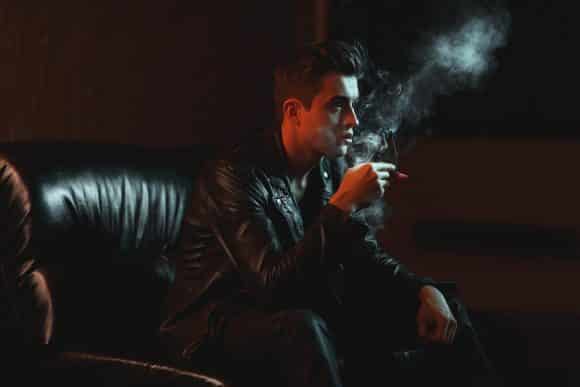 According to a study performed at the University of Waterloo and published in the Nicotine & Tobacco Research journal, young adults using social media to stop smoking are much more successful than those using traditional methods. The findings were based on the 2012 campaign ‘Break It Off’ a website that helps young adults aged 19-29 years who want to quit smoking. Reports showed that 32% of smokers who used the helpline along with web-based tools successfully quit smoking compared to 14% who relied on telephone-based media. The research demonstrates the continued importance of the incorporation of social media tools among the youth in public health campaigns to help stop smoking.

The ‘Break It Off’ website, which featured traditional cessation techniques like NRT, counseling and telephone, encouraged users to upload YouTube videos about their quitting experiences. BIO also launched an app that provided instant advice messages as well as personalized progress-tracking to help the young smokers deal with the cravings.
The campaign analogized quitting smoking to ending a toxic relationship with a loved one, making it easy to reach the target group. The website attracted 37,325 visitors between January and March, 339 of whom used YouTube and Facebook components of BIO and a sad 21 used the site’s helpline. Compared to traditional cessation methods that have a minimal overall impact on their target audience due to reduced reach, BIO through YouTube and Facebook reached a substantial group of young adults.

Other benefits of using the online platform as a smoking cessation technique include:

Other online resources like QuitNet, National Cancer Institute’s Smokefree.gov and Habitchanger.com also make efficient platforms for people who want to quit smoking. The sites provide guides, expert advice, and helpful tools to help smokers identify their smoking triggers, sum up the amount of money spent on cigarettes while sharing information.

While social media enhances the outreach to the target group, it is just one component of smoking cessation interventions. Ongoing research is yet to prove a direct relationship between social media and its effect on those who want to stop smoking. Scott Allan, a forty-six-year-old from Massachusetts, confesses to his gradual reduction in cigarette smoking with the help of an online group. He states that he likes the Facebook Page Quit Smoking, but it is not as proactive as the Habit Changer a site that sends emails and texts every day with advice on quitting smoking. It shows the need for people who want to stop smoking to incorporate other methods like in-person counseling and smoking cessation sites.

How Vaping Can Help Quit Smoking

Apart from the use of social media and smoking intervention sites, smokers can gradually quit smoking using electronic cigarettes. A study involving 7326 vapers showed an impressive 85% successfully stopped smoking and 50% reduced the urge to smoke by fifty percent. Today the vaping industry provides users with an array of e-liquids that allow them to choose their preferred nicotine content.

Heavy smokers, for example, crave for up to two packs of cigarettes every day hence need high nicotine content. A light smoker, however, requires lower nicotine content for a successful initial switch. Using e-liquids that don’t have enough nicotine may cause users to vape more to compensate for the withdrawal and reduced nicotine-content.

Here’s how you determine the kind of e-liquid to use when you want to stop smoking:

If on your first puff you achieve a higher throat hit, it shows that you should use lower nicotine levels. An excessive throat hit is ideal for heavy smokers as it may be a little strong for the body especially if you are a light smoker.

It is ideal for light smokers. However, heavy smokers may be compelled to vape box mods for long periods to satisfy their urge. Sometimes, the user is tempted to return to his smoking habits as the vaping is not as effective.
As such heavy smokers looking to quit should buy e-liquids that have 24mg of nicotine while light smokers (take one pack a day) need e-juices with 12-18 mg of nicotine. There are ultra-light puffers who consume less than one pack a day; they should choose e-liquids that contain 6-12mg levels of nicotine.

To sum up, can social media help to quit smoking? The short answer is yes; traditional approaches are becoming less effective while visual images and written content on social media have huge impact on youth. Social connection between smokers can be of great concern in cessation.