Proof That Melania Truly Believes That Looks Can Kill

We’re all guilty of letting our faces give away our true feelings from time to time. No one’s perfect, but it seems that the First Lady has a tendency to forget when cameras are present. Melania Trump has been caught on numerous occasions giving the death stare to the media, her stepchildren, and especially her husband. It’s almost as if she believes that looks can truly kill, and Trump is certainly one of her intended victims. If only it were that easy! 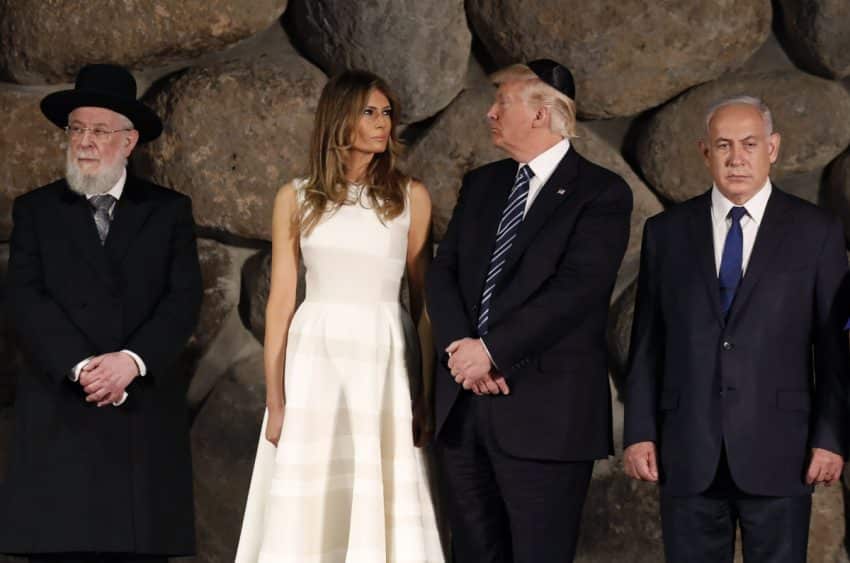 When the president and First Lady visited the national Holocaust museum and memorial in Israel last year, things appeared to be tense between the couple. Along with several other members of the Trump klan, Trump and Melania reportedly spent just 30 minutes at the memorial, far less than their hosts had expected. Presidents in the past spent the entire day paying tribute to those lost during the Holocaust, but it seems that the Trumps couldn’t bother to waste that much time. This photo captures a moment when Trump clearly did or said something to piss off his wifey, but she knows how to shut him up. Perhaps this is Melania’s “It’s time to go” look, used to inform her husband when she’s ready to leave. It would certainly explain why they only stayed at the memorial for half an hour. 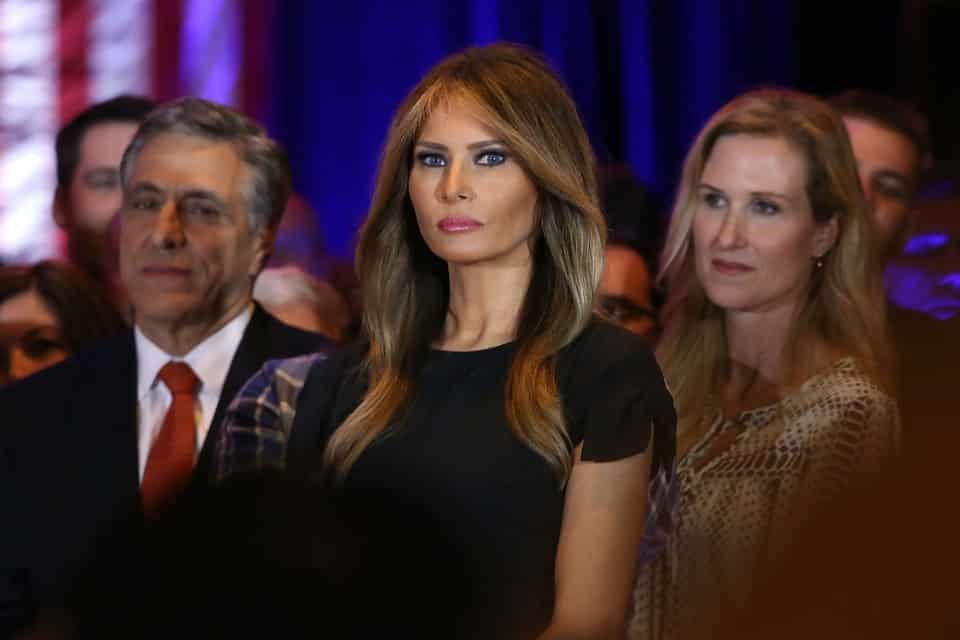 No one thought that known womanizer and reality show host Donald Trump would somehow manage to pull a win during the presidential election, not even his own wife. Melania reportedly cried after learning she would be moving into the White House, and they weren’t exactly tears of happiness either. This photo taken during Trump’s victory speech shows just how pissed she was to become the First Lady. Media reports state that her face remained the same throughout the evening, hardly showing an ounce of happiness for her hubby’s accomplishment. Perhaps she’s shooting invisible death rays out of her eyes at the Republican voters in the audience for ruining her once quiet and peaceful life in New York. 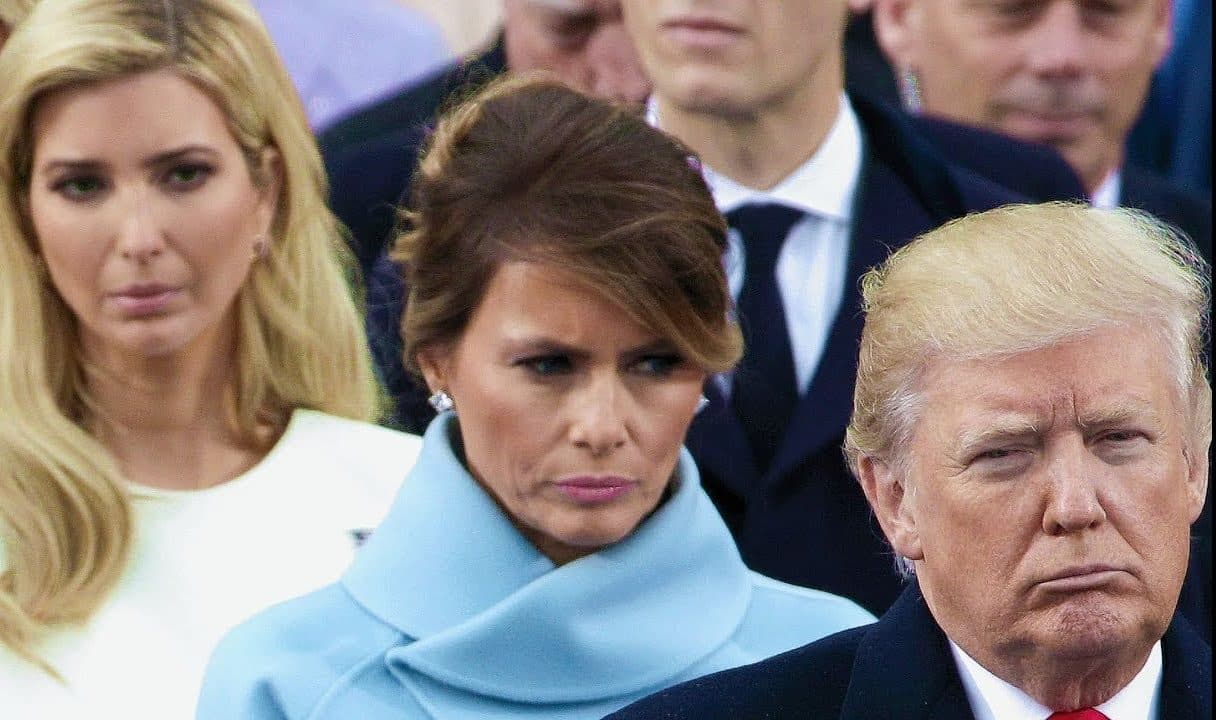 It seems that Melania had a rough time adjusting to the fact that her husband was to become the next president of the United States. Trump had allegedly reassured her that there was no way he would be elected, a promise he obviously wasn’t able to keep. Anyone who has seen the video clip of this moment knows that Melania was all smiles when Trump turned around to speak to her just before this photo was captured. As soon as his back was turned, however, the death glare appeared. While it’s impossible to tell what Trump said, other camera angles make it seem like he’s actually talking to their son Barron. Either way, it’s safe to say that her weekly allowance drastically suffered after this moment went viral. 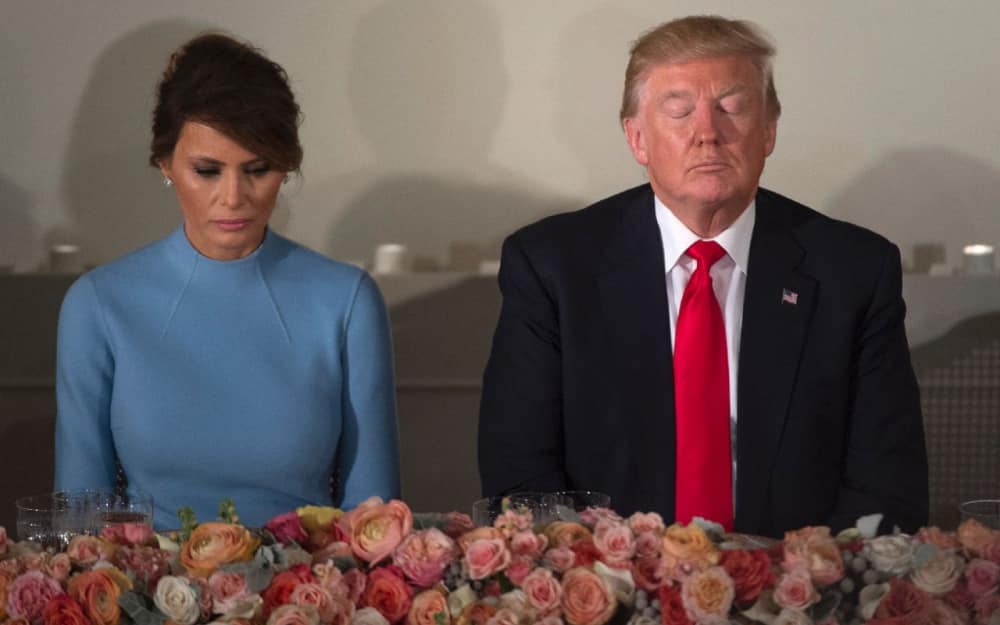 With so many eyes on the couple during Trump’s inauguration, you’d think they’d at least act like they’re having a good time. However, the two couldn’t look more miserable at this celebratory lunch. Melania is clearly thinking of all the ways she can take out her husband without getting caught. Either that, or she’s trying to set those roses on fire with her demon powers so she can get out of there and get back to her daily routine. Rather than reassure his obviously pissed off wife, Trump took this opportunity to take a micro-nap. That’s our president hard at work for ya!

Melania’s Dirty Look At The Ball 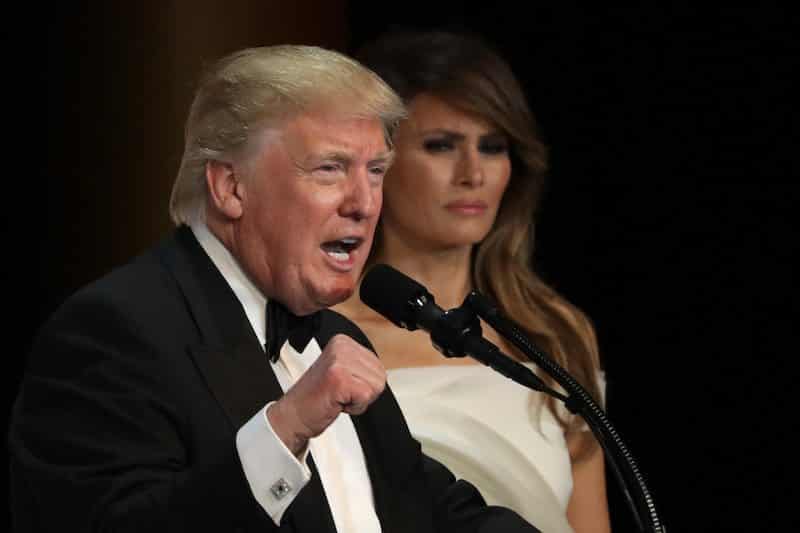 Whatever Melania was pissed off about during Trump’s inauguration, she seemed to hold onto throughout the ball. It seems that every word coming out of her husband’s mouth at this moment is irritating her to the point of disgust, and it’s written all over her face. Grudge aside, she continued the evening with well-rehearsed smiles, showing off her gown as the couple danced for their audience. There’s a reason she was a model though and not an actress. The media was able to see through the nonsense though and the couple notably spent a lot of time apart during Trump’s first year in office. 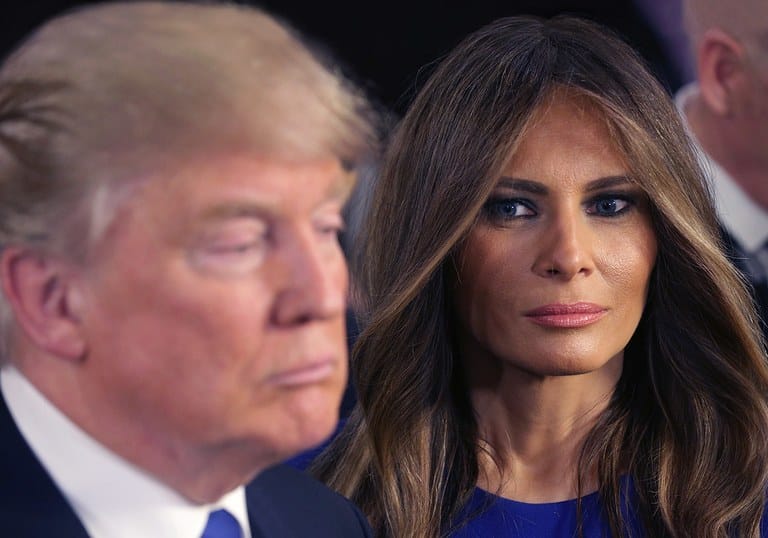 Looking back, we all should have seen just how deep Melania’s hatred for her husband’s political goals was from the start. Her face revealed her desire to end Trump with the powers she seems to think her eyes posses even when she accompanied him on the campaign trail. Perhaps she knew then just how influential his words could be, and even a promise to lose the election wasn’t enough to settle her inner rage. If only she could have put a stop to this back then, she would have saved herself the need to botox the new wrinkle lines she has developed since then from all the scowling she’s been doing. 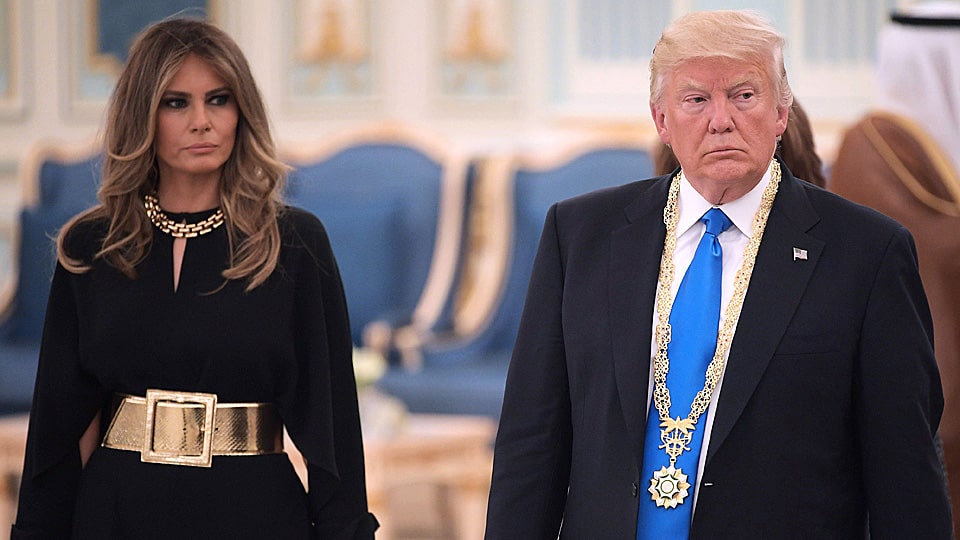 Are these two ever happy? During a visit to Saudi Arabia when the Frist Lady was criticized for not covering her hair, Trump was presented with the medal seen around his neck in the photo. During the ceremony, it was presented to Trump by the Saudi King for his efforts to strengthen the relationship between the United States and Saudi Arabia. Perhaps Melania’s side glare in this photo demonstrates her inside knowledge which allows her to know just how much nonsense comes out of this man’s mouth. Either that or she’s trying to mind-melt that hideous medal. 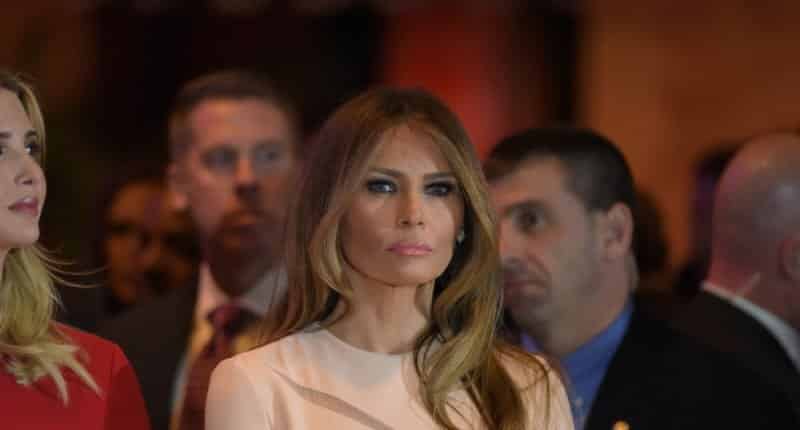 There’s no doubt that Melania is flat out miserable being the First Lady. It seems that her marriage to Trump prior to them being in the spotlight allowed them to lead separate lives without the scrutiny of the media, and now she’s forced to spend more time with her husband than she’d like. Killing off people with her death glare seems to be how she passes the time when she’s being dragged to one of the many events that she couldn’t care less about. At least she won’t have to worry about Botoxing her smile lines any time this decade.