Roomful Of People Tries To Look Surprised When Trump Admits...

Trump raised eyebrows as well as funds during a fundraising speech last week in which he reflected on a meeting he took with Justin Trudeau, the Prime Minister of Canada. In the speech, Trump recalled chastising Trudeau for the US’s trade deficit with Canada. Of course, no such trade deficit exists.

Then, Trump admitted something — that he made up the claim entirely.

As the audience attempted to recall what an expression of polite surprise would look like, Trump pressed on.

One woman gasped dramatically. Another pressed her hand to her mouth. A young man widened his eyes as much as they would allow.

“I just said,” Trump continued, “‘You’re wrong.’ You know why? Because we’re so stupid.”

One woman toward the back of the room cried out, “This is brand new information!”

Despite easily being proven wrong, Trump did not give up his claim. After news broke out regarding his admitted ignorance, Trump tweeted, “P.M. Justin Trudeau of Canada, a very good guy, doesn’t like saying that Canada has a Surplus vs. the U.S.(negotiating), but they do…they almost all do…and that’s how I know!” 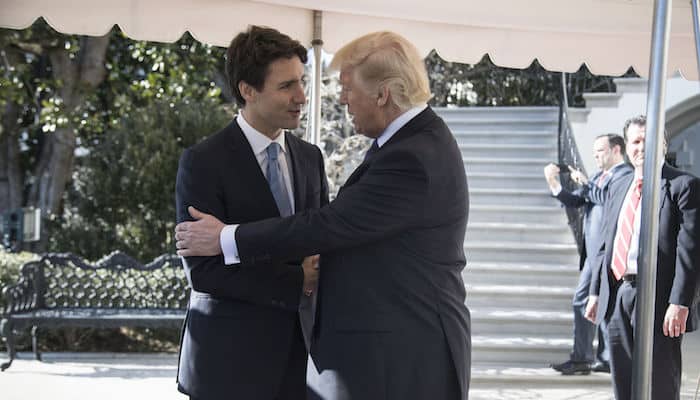 Despite his in depth factual analysis, Trump’s claim remains as false as ever. Some would even call it “Fake News.”

A former US Ambassador to Canada rebuked Trump’s comments, adding “Lying to your friends only hurts the relationship.”

Of course, Trump is unlikely to comprehend the Ambassador’s sentiment.

With the Stormy Daniels case inflaming headlines for weeks, and the adult film actress constantly outmaneuvering Trump’s bumbling lawyers and dismantling their denials, the audience at that speech found it hard to appear surprised when hearing the President admit he told a blatant lie.

“It’s OK,” said one of his followers, under his breath. “Don’t worry. We already know. And it’s OK.”

Tell Me Something I Don’t Know

“I mean, duh,” mumbled an audience member in the immediate wake of Trump’s admission, “Remember that whole inauguration crowd numbers thing? Obviously he makes things up. We know that already.” 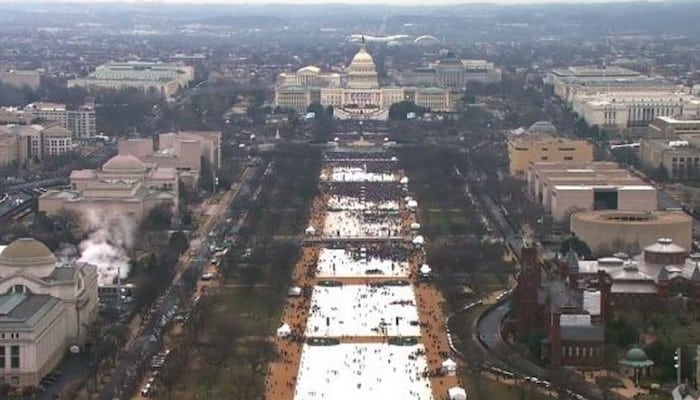 Her neighbor shushed her, but then added “Remember that fake Time Magazine cover he had hanging on the wall?”

“If anything, this makes me like him more. He’s so honest. It’s so refreshing to see a political leader tell the truth about making things up.”

“I know, I completely agree. It’s nice to hear someone admit they’re a liar. That way I know I can trust what they say.”

“We voted for the right guy.”

Some grew alarmed by the President’s admission, worrying that it would jeopardize perception of him around the world.

“Don’t worry,” said one global leader. “This doesn’t change my perception of him at all. I already knew he had no idea what he was talking about. I mean, didn’t he just have a call with South Korea that he spent the whole time thinking it was North Korea?”

With North Korean (the actual North Korea) talks supposedly on the horizon, Trump’s diplomatic appearance is more important than ever. Added to the concerns: that the recent removal of the Secretary of State does not reflect a stable image for the US.

“Remember that whole ‘Obama wiretapped me’ thing?” another global leader reminisced. “After he fired Comey? I mean, it’s been obvious they’re all making things up. Remember that ‘Bowling Green Massacre‘ thing? And ‘Alternative Facts’? They shouldn’t worry about him confirming what we already have known for years at this point.” 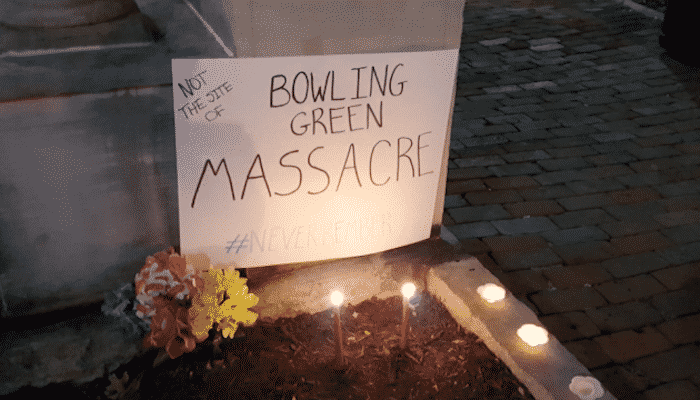 Others expressed a similar lack of surprise, owing to news reports that Trump spends hours a day watching Fox News.

A study conducted in 2012 concluded that viewers watching exclusively Fox News were the least informed out of any other.

Of course, the President has access to a trove of the nation’s deepest, most closely held secrets. However, the President does not enjoy reading, and the daily brief is rarely placed on his schedule. Fox and Friends, he feels, is just as good.

Says It Like It Is, Except When It Isn’t

On the other hand, there was one member of the audience floored by the President’s admission.

“He didn’t know what he was talking about, so he just made something up and pretended he did?” the person said, eyes wide in shock. “Does this mean that other things he’s said could be… made up?”

The revelation shook this person to his core. And it didn’t stop there.

“Russia… He keeps saying there’s no collusion, over and over. I mean… You don’t think…” the person leaned forward conspiratorially. “You don’t think he’s… lying about that, too? Like how he lied about the trade deficit with Canada?”

For a moment, a fresh wave of comforting denial swept over him.

“No,” he continued, “Trump would have no reason to lie about there being no Russian collusion. What would the point of that be?”

But then, the realization dawned on him. “He could be lying… Because… He doesn’t want to get caught? Because it would be a crime? And he wants Mueller fired… For… I couldn’t help reading some of the headlines, they’re everywhere, every day. Mueller’s looking into…” he barely breathed the next words. “Financial crimes. You know, money laundering and stuff. What if, this whole time, he’s been denying it and lying to save himself from consequences?”

And just like that, it was over. “No. Of course not. Trump says it like it is. No collusion! So there’s no collusion. It’s as easy as that.”

In the speech, Trump repeated Trudeau’s words: “[Trudeau] said, ‘Nope, we have no trade deficit.’”

And he repeated his response: “I said, ‘Well, in that case, I feel differently.'”

In a post-facts world, there’s no such thing as a lie.