7 Ideal Gifts For The Self-Absorbed Trump Supporters In Your...

Trump’s shocking presidential win tested the strength of relationships big and small, many which didn’t survive his first year in office. For those friendships that did survive, however, politics are likely a topic best avoided. Agree to disagree. However, there are many of us who find that we’re forced to be in the presence of a person who simply won’t let us forget that they support the idiotic president. They can be the guy in your office who lives by the motto “What Would Trump Do?” or your cousins who have yet to take down their “Trump 2016” lawn decor. If you find yourself having to shop for these people in your life and are coming up empty-handed, then you might find pleasure in gifting them something from this list. These hilarious gifts are perfect for the self-absorbed Trump supporters in anyone’s life! 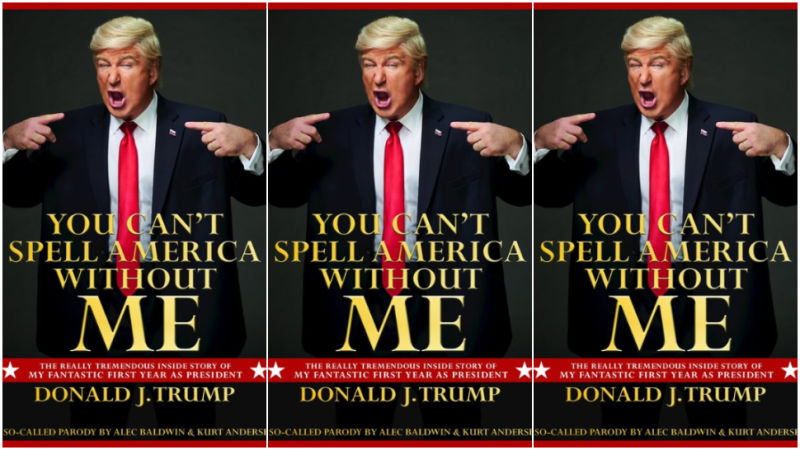 Narrated by Alec Baldwin, this hilarious audiobook makes a great gift for any Trump supporter you know as it’ll probably take them months to even realize your thoughtful present actually supports the anti-Trump movement. You Can’t Spell America Without Me: The Really Tremendous Inside Story of My Fantastic First Year as President Donald J. Trump is nearly six hours of comedy that you can give to your friend in a simple and likely last-minute email. It’s the perfect gift for those procrastinators out there with a sick sense of humor. Take bets to see how long your friend takes to realize that it’s not actually Trump speaking. You’ll likely make money on this purchase! 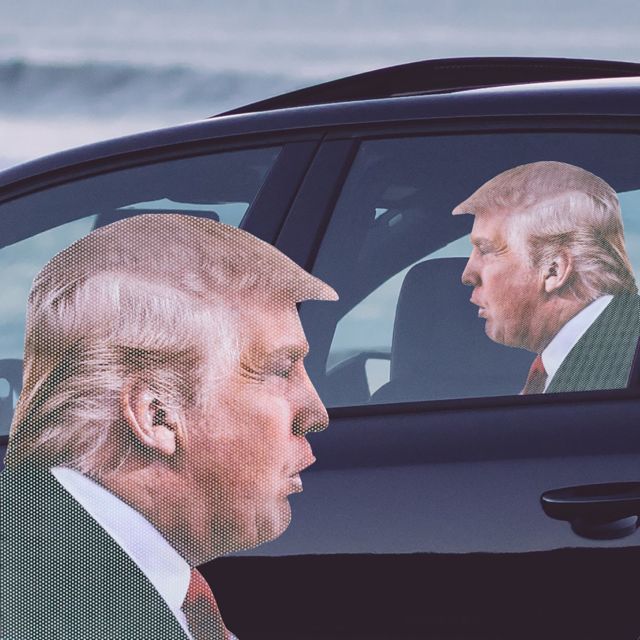 Trump’s biggest appeal to his supporters is his blunt personality and no bs attitude that allows him to lie without coming off like a shady politician. This can often make his fans think the president is their best friend, and they often speak about him as such. For these kinds of Trump supporters in your life, this car window decal will truly make them feel like a boss. They’ll drive around with Trump in their backseat, solidifying their hallucinations and giving them a version of Donald that they can speak to on their long commutes to work. It might backfire if any Trump haters happen to be driving next to them on the parkway, but they probably have a bunch of “Make America Great Again” bumper stickers already on their car so if someone runs them off the road it’s not necessarily your fault.

This Pair Of Panties 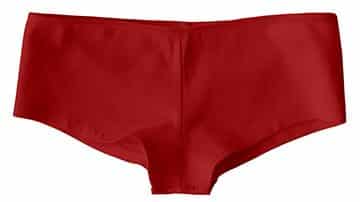 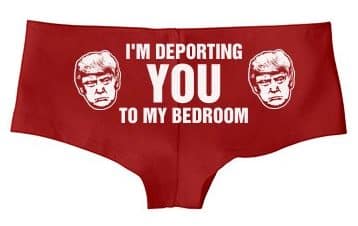 For the Trump-supporting ladies in your life who are keen on the idea of getting rid of immigrants, these Trump panties might just make the perfect gift. Not only will they allow your friend to wear the face of the man they adore on their tush, but it depicts one of Trump’s most popular messages. The message, of course, is that deportation is essential in order to make America great again unless it concerns attractive immigrants. Just like the president, who wouldn’t think of deporting beautiful models or actresses, Trump supporters only want to get rid of the ugly immigrants. Specifically from Mexico and any country who allows their citizens to be Muslim.

This Degree From Trump University 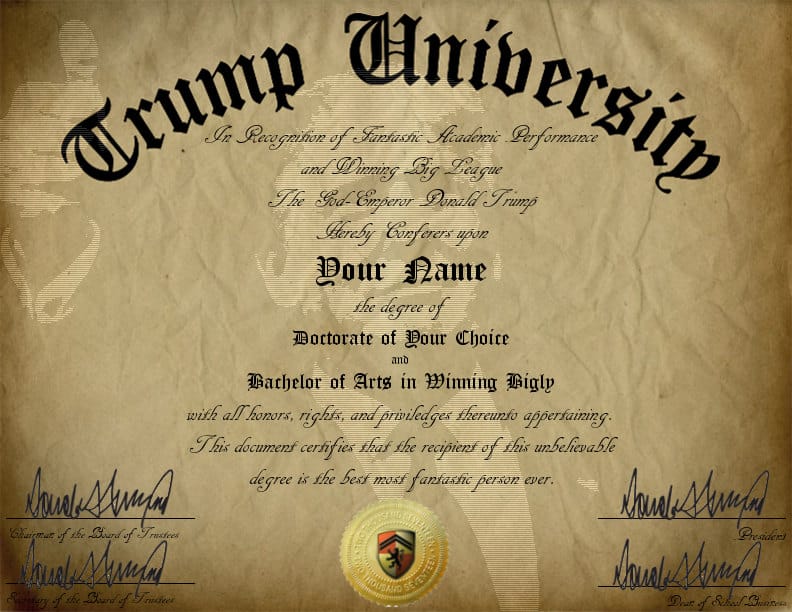 Any with the ability to read the news knows that Trump University was a huge scam, and was sued for defrauding students several years ago. The school offered classes in business, real estate, and how to get rich, none that provided students with credits or any form of degree. This epic gag gift allows you to customize your very own Trump University diploma and looks super legit once it’s in a frame. Give your Trump supporting friend a Doctorate of Being Really Really Rich and a Bachelor of Arts in Building Really High Walls, or whatever you feel best suits their personality. They’ll love it or they’ll have a Trump-like fit before tossing it in the garbage. Either way, it’ll be the best $5 you spend! 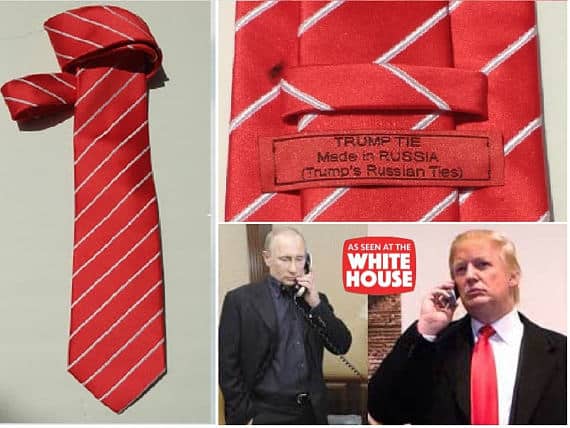 Upon first inspection, this looks just like any other necktie making it a great gift for an unsuspecting Trump supporter. However, if you look closely you’ll see that this is far from just another tie and actually polks fun at the relationship between Trump and Putin. Called the Trump Tie, its label clearly reads “Made in Russia (Trump’s Russian Ties).” Imagine getting this for your boss and all the laughs you’ll have at his expense when he actually wears it to the office. See how long it takes him to notice or call him out on his anti-Trump tie the next time he says something obnoxious about the president’s genius plan to fix our country. Perhaps that will shut him up for a few weeks! 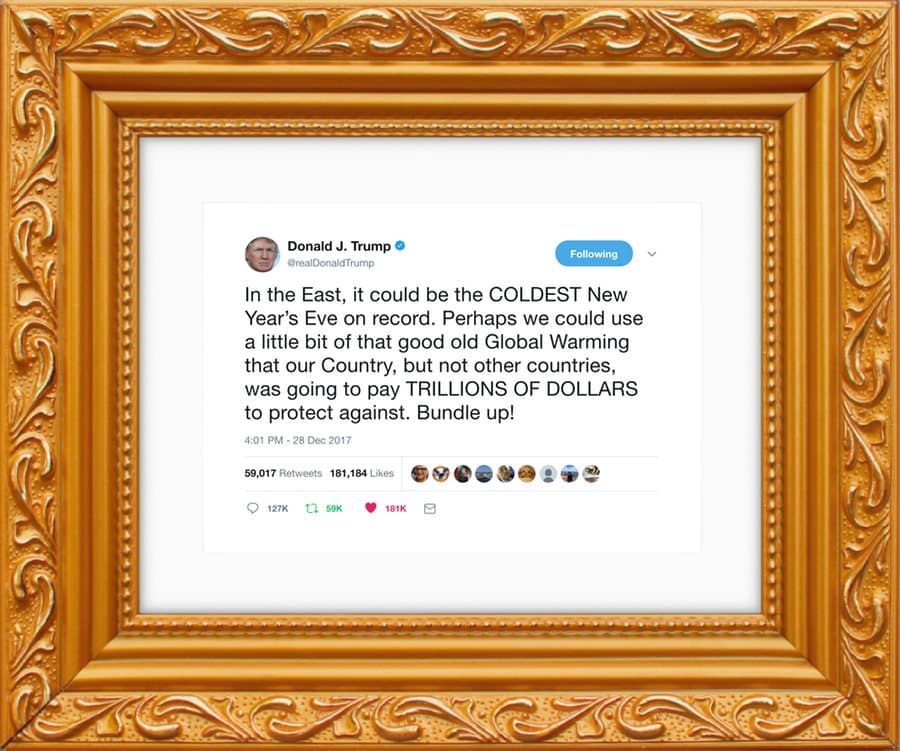 Since so many of the president’s supporters don’t believe in the legitimacy of science, this framed Trump tweet would make a great addition to any office or living room. The tweet moronically implies that global warming isn’t a real thing stating, “In the East, it could be the COLDEST New Year’s Eve on record. Perhaps we could use a little bit of that good old Global Warming that our Country, but not other countries, was going to pay TRILLIONS OF DOLLARS to protect against. Bundle up!” It seems that the president got his science diploma from Trump University and skipped most of his grammar classes. If this particular tweet doesn’t strike your fancy, don’t fret! There are plenty more to choose from on Etsy. 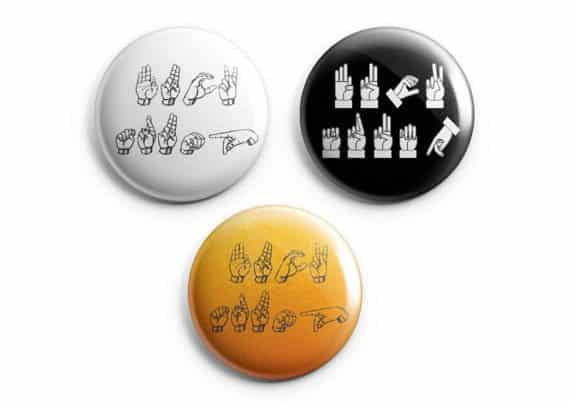 Don’t know what that says? Neither will nearly anyone you gift it to. In fact, you could probably tell your Trump supporting friends that the pin means “Trump 2020” or “Trump’s Hands Are Yuge!” In actuality, you’ll have them walking around with an anti-Trump pin stuck to their jacket or bag that actually saying a bad word that begins with “F” followed by Trump. The ideal receiver of this gift is a Trump supporter who is far too lazy to look up the sign language alphabet, ensuring the pin gets optimal use. It’s time to teach the self-absorbed Trump supporters in your life to loosen up and have a sense of humor.

Trump Administration: No One Is Above The Law, But For Every Rule, There Is An Exception

Trump Makes Stuff Up, But Does It Even Matter?